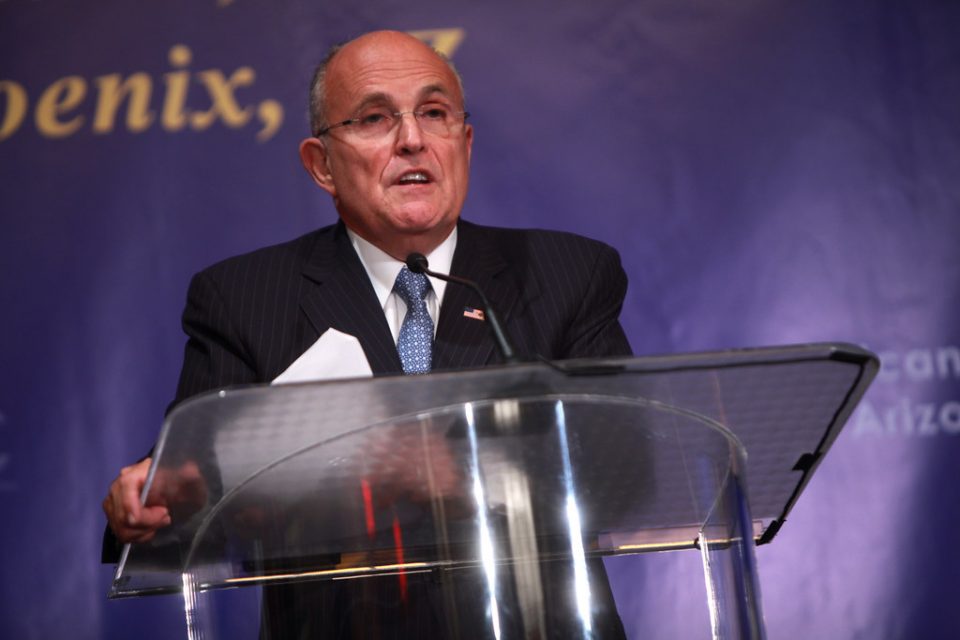 The recent raid on Rudy Giuliani’s apartment has shocked the political world.

It seems everyone on Capitol Hill and in the media has offered their theory as to why the Feds are going after Giuliani.

But it was Fox News host Jesse Watters who revealed the real reason.

The shocking and unconstitutional raid on Rudy Giuliani’s apartment was yet another incident of the wanton abuse among the federal law enforcement agencies and the Democrats.

What started in earnest under the corrupt Barack Obama 8-year reign will only be ramped up under the current Biden/Harris regime.

Many political experts and pundits believe the raid on Giuliani is the first of many in an all-out attack on Trump allies and supporters.

Of course, the mainstream media is doing their darndest to paint over the assault on freedom.

For example, the left’s favorite rag, The New York Times, reported that the raid was part of an ongoing investigation into whether the former New York City mayor violated FARA law by not registering as a foreign agent when advising on Ukrainian relations.

But Jesse Watters, co-host on Fox News’ The Five, says that is not the case at all.

“I think I speak for everybody on the show when I say this, Rudy Giuliani is a national treasure.  Don’t disagree, I speak for everyone on the show when I say this, the guy took on the mob, he took on crime, al Qaeda, counselor to the president, and now Democratic prosecutors want to lock up a 76-year-old icon for a lobbying technicality, Juan? Because he advised the President he should fire a rotten Ambassador? You don’t have to register to lobby for that. Hunter Biden advised his dad to fire a prosecutor, did he register? Where’s the raid on Hunter’s house?,” Watters stated.

But what was most shocking was the information Watters shared that the rest of the media doesn’t want you to know – that Giuliani had offered to cooperate in this politically-motivated witch hunt.

However, the powers that be declined the offer and decided to show the world they’ll go after anyone who might be an ally to Donald Trump.

“They just raided the guy’s house and you’re not disturbed by the pattern that two Trump lawyers have their homes raided and the campaign manager has his home raided and another confidant has his home raided? You’re not disturbed by that pattern?  The fact that Democrat prosecutors are waging political warfare for the benefit of the Democratic Party? Just to purge Trump because he challenged the system? That should scare everybody…” Watters concluded.

Of course for the Democrats, their abuse of power is simply a means to an end.

But it’s not just limited to Trump associates and Trump supporters. The socialist left will be coming after anyone who dares to disagree with their radical programs.