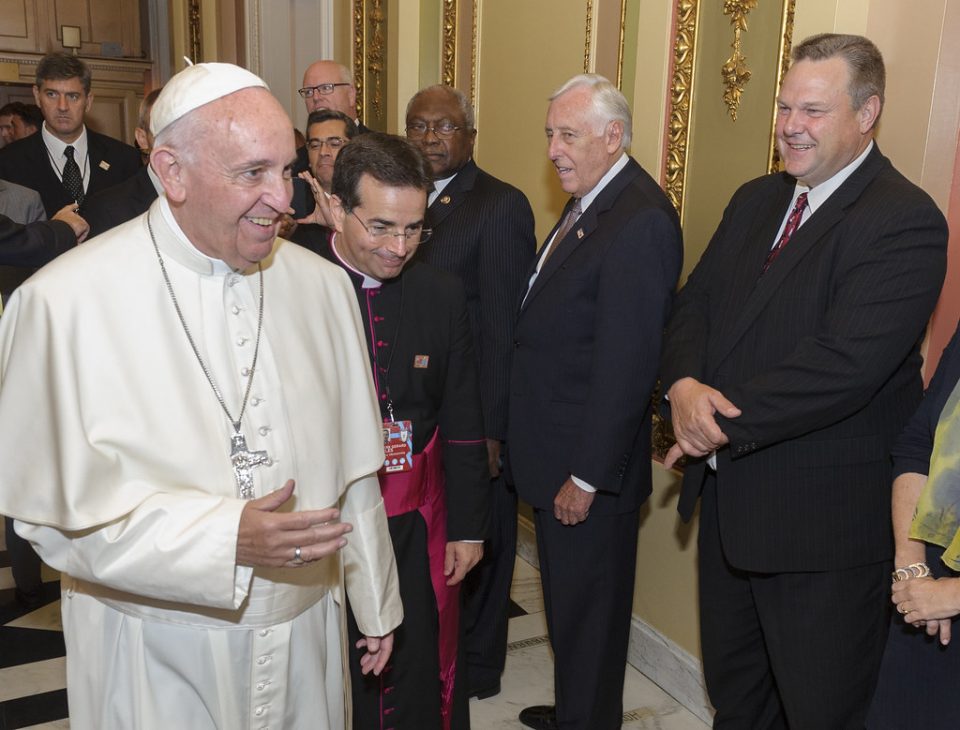 The Catholic Church is at a crossroads.

Pro-abortion politicians like Nancy Pelosi and Joe Biden are claiming they should be allowed to take communion regardless of their views on the sanctity of human life.

And it looks like Pope Francis has also turned his back on the unborn to push this radical leftist agenda instead.

Nancy Pelosi and Joe Biden both claim to be “devout Catholics” despite all evidence to the contrary.

Even the most basic understanding of Catholic doctrine proves these politicians aren’t even close to being “devout” about anything except enforcing their radical socialist policies.

And because of this, many Catholic Bishops are debating whether or not liberal, pro-abortion politicians should receive communion at mass.

It’s a move that’s being enthusiastically supported by Catholics who understand that because these politicians openly reject the church’s teachings on abortion, they should not receive holy communion.

But unfortunately for traditional Catholics, Pope Francis doesn’t seem to be onboard or even paying much attention to the matter.

While the Vatican has not officially wavered from its longstanding condemnation of abortion, Pope Francis has consistently been more focused on… climate change.

In fact, U.S. “climate czar” John Kerry recently met with Pope Francis in the Vatican in preparation for the upcoming climate conference being held in Glasgow, Scotland.

“The pope is one of the great voices of reason and compelling moral authority on the subject of the climate crisis. He’s been ahead of the curve. He’s been a leader. His encyclical Laudato Si is really a very, very powerful document, eloquent and morally very persuasive.”

That’s right, while Catholics in the U.S. face a crisis amongst believers because the President is making a mockery of Church teachings, the Pope has decided his time is best spent talking with pro-abortion John Kerry about the great Catholic issue of “climate change.”

“His Holiness speaks with a moral authority that is quite separate. It’s unique, and we need all the power we can bring to the table,” said Kerry.

As our readers may remember, Kerry told the BBC last year that humanity only has nine years to save the planet from man-made climate change.

But these doomsday predictions have been made for decades and yet we’re all still here – alive and living on planet Earth.

This fact alone should give the Pope some pause, but it seems he’d rather save the planet than save the most innocent of victims – babies.

Biden’s Pentagon Just Made A Shocking Admission That Changes Everything