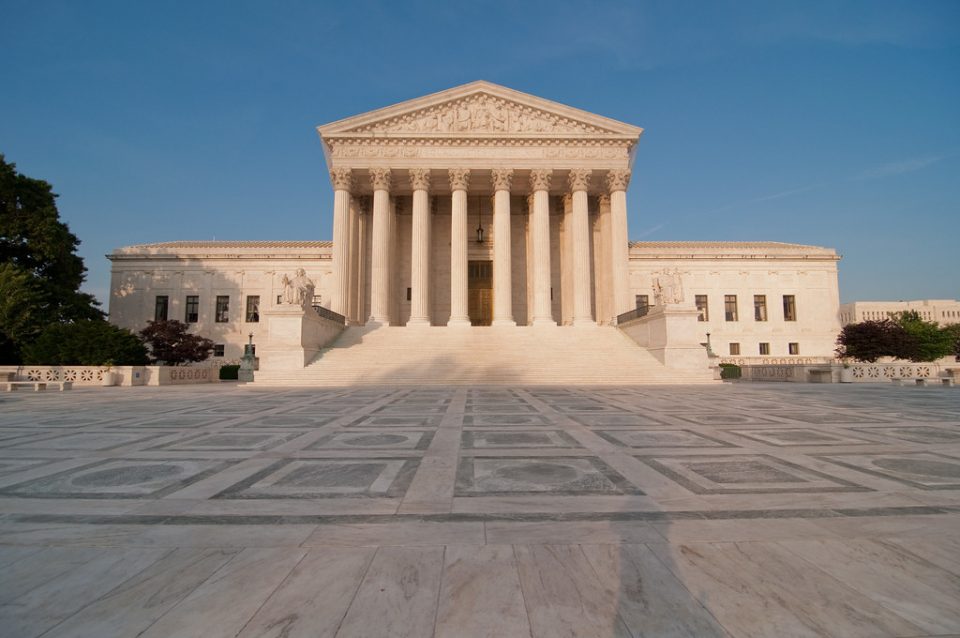 The Democrats are sweating the slew of upcoming cases to be heard by the Supreme Court this year that could undo years of leftist lawmaking.

Even some previous bad court rulings could be reversed.

That’s why Supreme Court Justices are being threatened over one important case.

As we’ve seen in recent months, the left has become more and more violent.

The last year has also seen almost daily violent assaults on major U.S. cities by Antifa and BLM terrorists including arsons, looting, rapes, and even murders.

And we’ve listened to the violent rhetoric coming from the Hollywood elites, the media moguls, and even Democrat politicians when anyone threatens their socialist goals.

Now the Supreme Court is being threatened as they prepare to take up a case that could result in finally overturning the atrocious Roe v. Wade that’s resulted in over 62 million deaths.

The left, of course, is apoplectic that the Supreme Court would even consider ending the slaughter of millions of children, almost 35% of which are black babies.

It is no accident that 80% of Planned Parenthood abortion facilities are located in the cities, often closest to the communities with large minority populations.

So it should come as no surprise that the left will do anything to stop the possible repeal of their favorite way to carry out mass genocide.

At issue is the Supreme Court deciding to hear an appeal in the case of Dobbs vs. Jackson Women’s Health Organization as a result of Mississippi banning abortions after 15 weeks.

Democrats are fearful this case could actually overturn Roe v. Wade and end the practice of infanticide in most of America.

So they’re threatening to pack the court or institute other “reforms” if things don’t go their way.

Of course, this has been tried before, almost always by Democrat Presidents and Congresses.

Even Franklin Roosevelt tried to increase the size of the Supreme Court and pack it with hand-picked Justices – an effort that was quickly shot down.

One can only hope that the majority of the Supreme Court Justices will see through the Democrats threats and make their ruling on this case (and all cases) based on merit and the law and not on a socialist death wish.

Rand Paul Just Got This Threat and the FBI Is Investigating