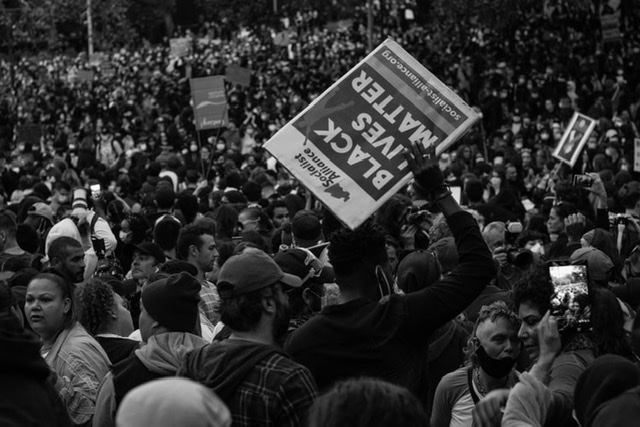 Americans have been continuously subjected to Black Lives Matter’s Marxist talking points and calls for violence.

But in recent months, the organization has come under fire for how some of its leaders operate.

And now it looks like Black Lives Matter’s latest move could be the end for the violent organization.

A few months ago, reports broke out that Cullors had gone on a massive real estate shopping spree purchasing several expensive homes.

Since 2016, Cullors bought no less than four homes across the United States for upwards of $3.2 million.

It should go without saying – this is not something the average BLM activist, nor even the average American, can afford to do.

Adding insult to injury, Ms. Cullors didn’t stop at just real estate, but got involved in the art world as well.

The Daily Caller reported that the BLM Global Network Foundation, the national arm of Black Lives Matter, had funneled business to the art company Trap Heals – which coincidentally is run by the father of Cullors only child.

Needless to say, the continued reports of financial malfeasance and personal enrichment of Cullors has caused even BLM’s biggest defenders to start questioning what’s actually happening to the hundreds of millions of dollars being donated to the organization.

And then, in a move that shocked almost everyone, Cullors announced she was resigning from BLM Global Network Foundation, telling the Associated Press it was to “focus on other projects.”

There’s no doubt about it – this is a classic case of a “socialist” leader using their position and power to funnel money and business to themselves, family, and friends.

And while this is emblematic of socialism (you don’t see Venezuela’s ruling class starving to death with the rest of its population), here in the U.S. – where we still have some semblance of law and order left in place – these actions by Cullors raise numerous ethical and legal questions.

Unfortunately, unless legal action is taken it’s unlikely anyone will ever get answers to just how much BLM has siphoned off for its leaders’ own personal enrichment. And one thing the left is famous for, and quite frankly good at, is covering for their own.

But at the very least, some of those who once supported and believed in the extremist organization will begin to see it for what it is – a cash cow for a few so-called “activists” who really couldn’t care less about helping the people in their community.

Cullors and her co-founders have learned well from their Marxist heroes and they’ll be sitting pretty when the collapse inevitably comes – because collapse always comes.

Hashtag “socialism for thee, but not for me”!

Top GOP Pollster Was Getting Paid by This Left-Wing Politician