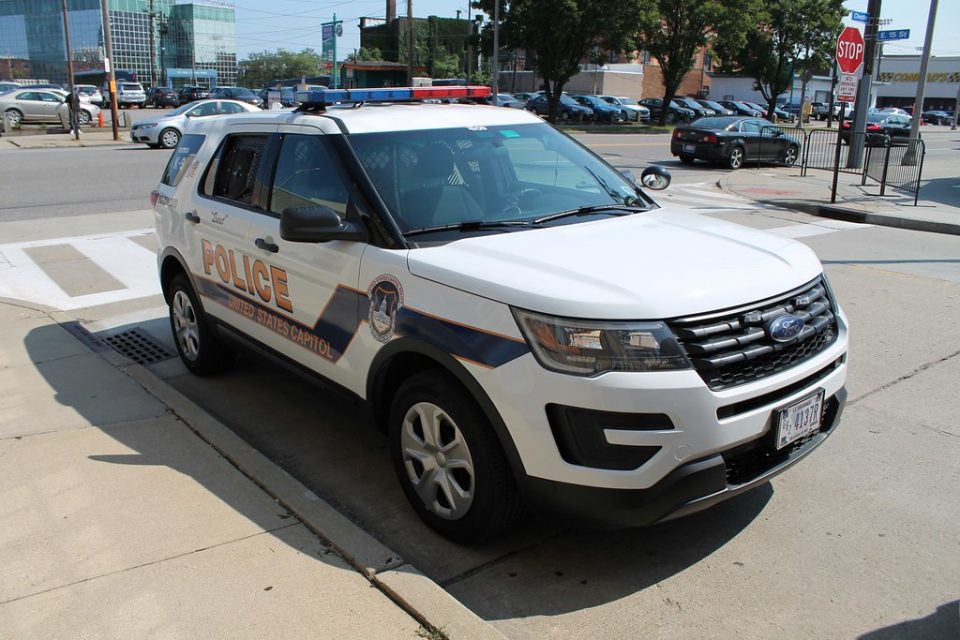 It’s no secret the Democrats love to spend the taxpayers’ money on all kinds of pet projects.

And the U.S. Capitol Police just got a $2 billion dollar handout and you won’t believe why.

Democrats are doing everything in their power to monitor what the American people are saying and doing.

Of course, they claim the idea of monitoring private text messages and censoring social media accounts is just to keep people safe.

But it’s really just to ferret out anyone who disagrees with their socialist agenda – gun owners, libertarians, Christians, small business owners.

And now the leftists in Congress are preparing the U.S. Capitol Police to start hunting them down.

Instead, it’s more an image of the nice men and women in freshly starched white shirts and shiny gold badges who stand around the Capitol’s metal detectors and quickly usher elected officials in and out of events.

Or who stand at intersections on Capitol Hill and direct traffic and give directions.

Rarely does one think of them as a law enforcement agency that hunts down “domestic terrorists.”

On a party-line vote, the House has passed a bill to the tune of $1.9 billion dollars that will “bolster Capitol security” in the wake of the January 6th Capitol Hill “riot.”

To start, satellite offices in California and Florida will be set up with intentions to “investigate threats to Members of Congress.”

Seems they could do that from DC, but if Congress is going to throw money at them, they might as well use it in warmer climates with nice beaches.

In a statement by the Capitol Police, they said they aspire to move forward “along a new path towards an intelligence-based protection agency.”

Understand that this is just another brazen attempt by the left to take control.

The goal all along has been to defund local police, thus creating mass chaos, death, and destruction, all while establishing a nationalized police force.

But Capitol Police have a clear mandate to guard the Capitol building – they don’t need to be hunting down supposed “domestic terrorists.”

Especially when the definition of a “domestic terrorist” was cooked up by a bunch of leftist Deep State bureaucrats.

Like how a Christian baker is a threat, but Antifa thugs who beat up the elderly or burn down police stations are not.

Or a libertarian defending himself and his property with a gun is a “terrorist” – but a BLM “activist” who attacks a little girl and kills a store owner is not.

This is the new reality, and it’s why giving the U.S. Capitol Police this money and authority is a bad idea.