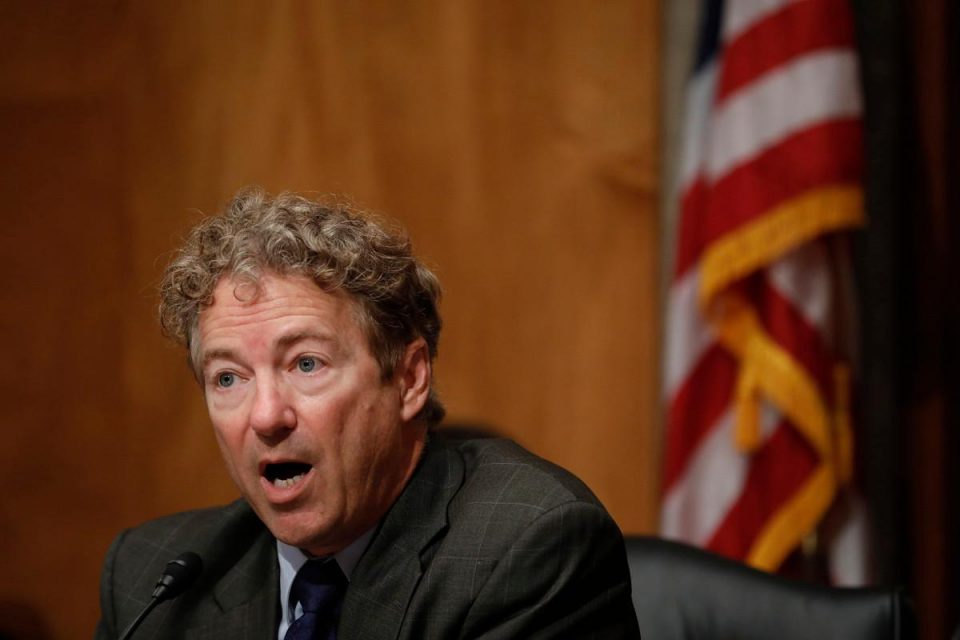 Very few members of Congress from both sides have been willing to stand up to the Communist Chinese.

Senator Rand Paul, despite threats to his very life, has been willing to do so.

And now Senator Paul has asked the DOJ to investigate this man for his ties to Communist China.

Rand Paul has spent the last couple of weeks wrecking Dr. Anthony Fauci again and again over his lies and coziness with the Communist Chinese lab in Wuhan where we now know the COVID virus originated.

Americans just can’t get enough of Senator Paul mopping the floor with the disgraced doctor.

People are sick of the lies Dr. Fauci continues to tell – from masks, to the origins of the virus, to his involvement with the Wuhan lab.

He’s gone from revered doctor to a total joke, and if it’s up to Rand Paul, Fauci will be adding felon to his resume.

During the Senate hearing, Senator Rand Paul (R-KY) confronted Dr. Fauci that the doctor had lied to Congress back in May when he claimed that the National Institute of Health (NIH) never funded gain of function research at the Wuhan Institute of Virology.

Since then, it’s been revealed that the NIH funneled money through the EcoHealth System to the Wuhan Institute in order to study making coronaviruses more easily transmissible from animals to humans.

The showdown between Paul and Fauci started with the Senator asking a rhetorical question.

“Dr. Fauci, as you are aware, it is a crime to lie to Congress…”

“On your last trip to our committee on May 11, you stated that the NIH has not ever – and does not now – fund gain-of-function research in the Wuhan Institute of Virology,” Senator Paul continued.

Citing research conducted in the Wuhan lab and asking that a copy of a Wall Street Journal article on the topic be given to Fauci, Paul then asked, “Knowing it is a crime to lie to Congress, do you wish to retract your statement?”

Rand Paul had barely finished his question before Dr. Fauci began shouting that he most certainly would not retract his statement.

At this point, Dr. Fauci’s anger and clear disgust with Paul could no longer be contained.

Fauci began lecturing Senator Paul, yelling that Paul didn’t know what he was talking about.

At this point, Fauci finally commented on what so many already know – this gain of function research could be responsible for millions of deaths.

“You are implying that what we did was responsible for the deaths of individuals,” Fauci whined.

Paul calmly pointed out that this could be the case and Fauci went berserk.

“I totally resent that. If anybody is lying here, Senator, it is you,” the doctor yelled.

Senator Paul has since begun seeking a formal criminal investigation into Dr. Fauci’s actions by the Department of Justice, including whether his lies to Congress are perjury and thus punishable by law.

Who knows if the Biden administration will actually investigate their golden boy Fauci, but we here at Deep State Journal sure aren’t holding our breath.

The Radical Left Now Says This is Racist, and Even We are Speechless