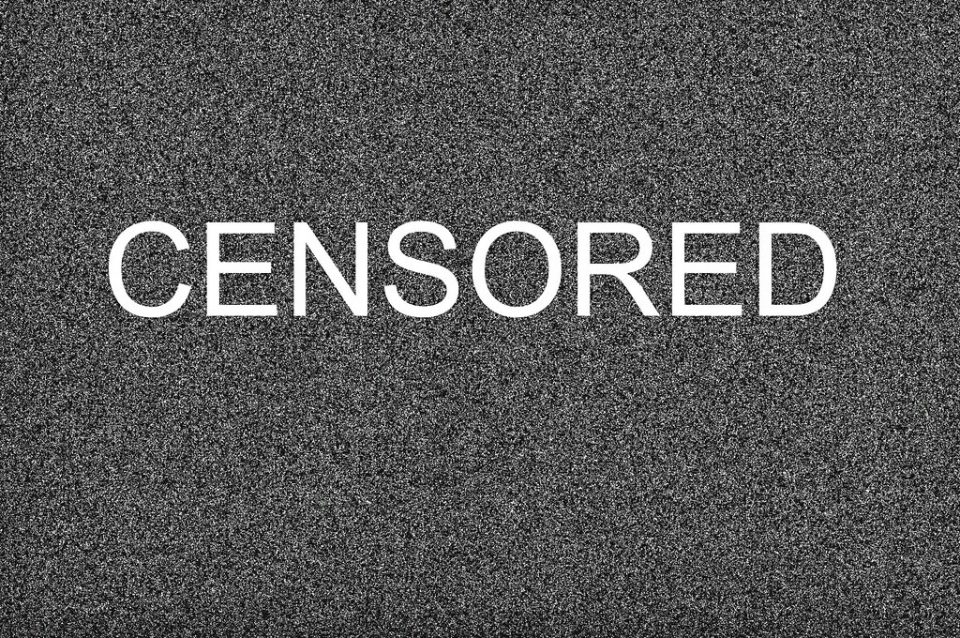 It wasn’t that long ago when Americans would hear the word ‘censorship’ and think of the slew of evil dictators from the 20th century.

Now when we hear about censorship, we think of Big Tech – social media, Facebook, and Google.

And now, a shocking new poll shows many Americans actually want to give up their freedom of speech to the government too.

You’ve likely seen the meme “Make 1984 Fiction Again” going around and probably laughed, and maybe even shared it yourself.

But it’s not really funny anymore.

Because if you are like many liberty-loving Americans, you realize just how applicable it is to the current state of things here in the U.S.

In the famous novel written by George Orwell, one of the most notable themes of control over the individual is through censorship.

It’s especially evident in “Ministry of Truth” where public archives and photographs have been manipulated to remove certain people and events from history.

Of course, the book was published in 1949, long before Orwell – or anyone for that matter – could have imagined how technology would play such a vital role in censorship.

Now more than ever, people are seeing factual information scrubbed from history because the radical left wants to keep you “safe” and foster an environment of “unity and inclusivity.”

In reality, the radical, socialist left wants to brainwash everyone into accepting its radical ideologies – and the easiest way to do that is by censoring anything that doesn’t fit their narrative.

But even scarier, a new poll out of Pew Research Center shows that a growing number of Americans are okay with this.

According to the poll, a disgustingly high 48% percent of Americans want the government to restrict “misinformation” compared to 39% in 2018 – a 9-point jump in just three years.

Pew Research Center also asked respondents what they thought should be done about “false information online” and the answers are shocking.

Those who believe the social media companies are responsible for stopping “misinformation” is a whopping 59%.

In the grand scheme of things, this poll shows that about half of Americans want the government to violate your First Amendment rights by restricting and censoring “misinformation.”

But what is “misinformation” anyway?

Well, it’s whatever those in power decide it is.

The left says that censorship is a “safety” measure, that it’s for your own good. It’s for the common good for all of us.

And as Pew Research shows – people are buying it.

The Pentagon Has Been Busy Developing This Creepy Medical Technology