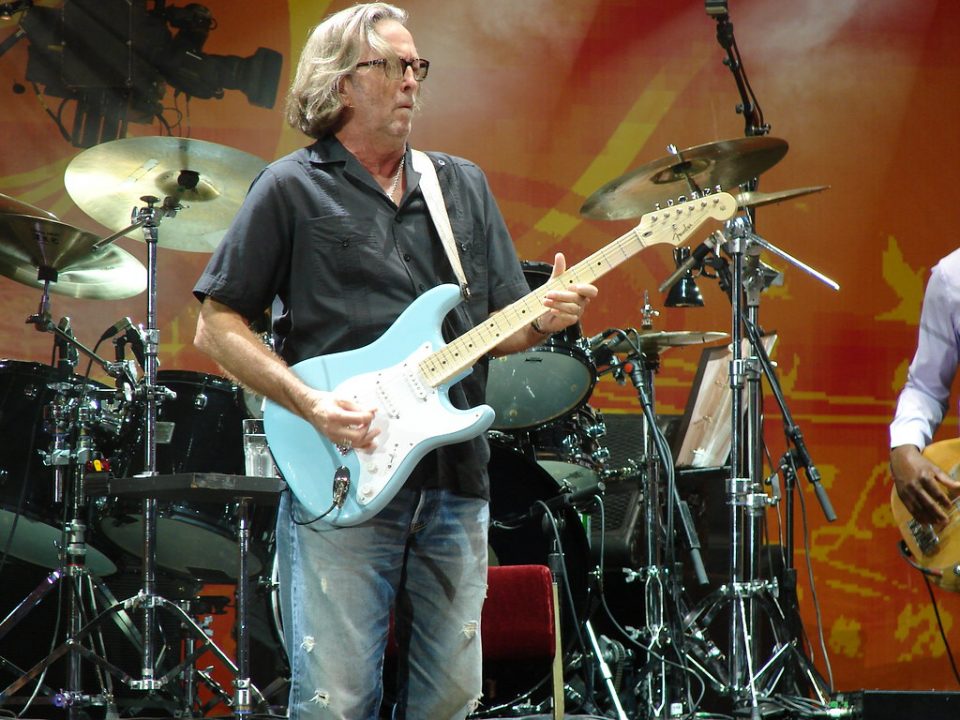 There’s no doubt Eric Clapton is a superstar in the music industry.

But he certainly hasn’t been known for being a conservative.

Now his newest song has conservatives cheering and liberals crying, “I can’t stand it.”

Many celebrities in the entertainment industry have found out the hard way that if you speak out against the radical left’s COVID narrative, you end up canceled.

But music legend Eric Clapton isn’t keeping his views on COVID to himself.

“Slowhand” Clapton has written a new song about COVID, specifically about the vaccine, and while the liberals and COVID Nazis are panning the tune, lovers of freedom are loving it.

Yes, that’s right, Eric Clapton released a song about resisting the COVID vaccine and all the authoritarian restrictions many around the world have been facing over the last eighteen months.

In some ways, the sentiments in this song shouldn’t surprise anyone since, just last month, Clapton took a very bold stance and declared he will not perform at any venue that requires vaccination for entry.

In July, U.K. Prime Minister Boris Johnson had announced that all nightclubs and “other venues where large crowds gather” would require vaccination for anyone entering the establishment.

Clapton quickly lashed out, saying, “Following the PM’s announcement on Monday the 19th of July 2021 I feel honor-bound to make an announcement of my own. I wish to say that I will not perform on any stage where there is a discriminated audience present. Unless there is provision made for all people to attend, I reserve the right to cancel the show.”

The music legend caught flack for his statement, but he appears to be sticking to his guns on this one.

This will be a major issue in the U.S. where Clapton was scheduled to tour with our good friend and liberty-lover Jimmy Vaughan – a tour that may now be in jeopardy given Ticketmaster’s misguided decision to require vaccines for all ticket holders.

In his new track, “This Has Gotta Stop,” Clapton sings, “I can’t take this B.S. any longer//It’s gone far enough, you wanna claim my soul//You’ll have to come and break down this door.”

The song continues on to talk about what he believes this future of authoritarian COVID regulations will look like for his children.

Throughout the music video that accompanied the song’s release are images of people being hypnotized and controlled by strings like puppets.

While some pundits have ridiculed Clapton for the new song, many are excited to see such a big-name celebrity take a stand against these unscientific mandates that threaten our liberties.

Let’s make Clapton’s “This Has Gotta Stop” the anthem for those of us fighting against the socialist machine.

By doing so, we are showing others that freedom and liberty are winning.

The Infected in This Southern State Now Face Jail Time