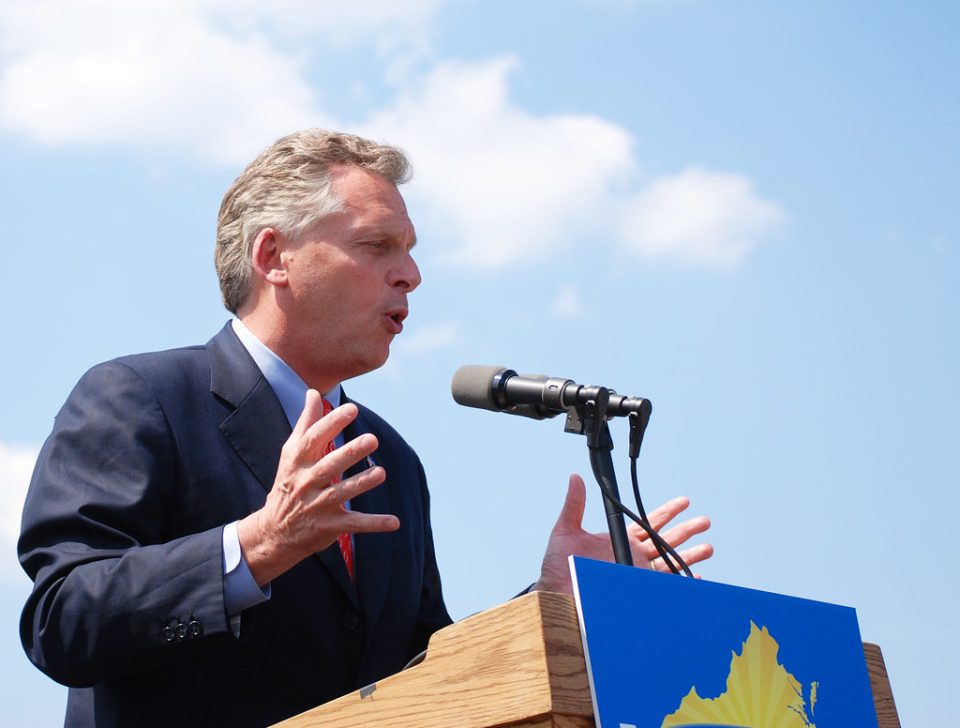 Terry McAuliffe is running in a heated race for Governor of Virginia.

And of course, public education is a contentious issue in the campaign.

But now, this leading Democrat just said the quiet part out loud about education.

The education issue is exploding around the country with parents more fired up than ever about what they’re children are being exposed to.

And nowhere is this truer than in Virginia in the midst of a fiery governor’s race that has many political observers watching to see who prevails.

That’s why almost everyone, from both sides of the political spectrum, were shocked at what Democrat Terry McAuliffe had to say about Critical Race Theory.

Virginia Democrat gubernatorial candidate, and former Governor, Terry McAuliffe, handed Republican opponent, Glenn Youngkin, a golden soundbite during a recent debate when he stated that parents should have no say in what is taught in schools.

With just a few words, McAuliffe declared open warfare against parents of school-aged children and activists from all sides have been absolutely slamming McAuliffe at every turn.

In fact, McAuliffe’s faux pas was likely a big reason why the Hampton Roads Black Caucus endorsed Republican Youngkin in the race.

And it certainly gave a weak Youngkin campaign new life.

Youngkin had previously all but destroyed his chances after selling out both Second amendment supporters and pro-lifers by trying to appease the leftists and high-priced political consultants.

McAuliffe, as if sensing the race was over, decided to bring Youngkin back into the picture by attacking parents.

The scary part of all this, however, is this is that this is really what the left believes. Terry McAuliffe just said it out loud.

Radical leftists, and the Democrat Party, do not believe parents should have the right to be involved in their children’s education. No, only union bosses, socialist activists, and CRT pinheads have that right.

In other words, to the left, only the state can tell a school how to indoctrinate children. Parents have no rights.

McAuliffe hasn’t backed down from his statement and, in fact, during a local interview just a few days later, he doubled-down.

He even denied that Critical Race Theory (CRT) is a real issue and said parents concerned about their kids being indoctrinated are racists.

He also refused to define CRT, he just denies that it’s being taught in Virginia schools.

CRT is absolutely infecting government schools across the country, so for McAuliffe to try and argue otherwise is just flat out lying.

McAuliffe also continues to smear Donald Trump in every public appearance he makes. The constant Trump bashing isn’t winning him any votes and just makes him look weak and uninformed.

The left knows they’re in trouble and that Americans are catching on to the outrageous federal overreach going on in the Biden administration.

To pretend CRT doesn’t exist and then smear Donald Trump to win votes shows that McAuliffe, like most of the Democrat Party, doesn’t care about people – he cares about power.

It’s sad that Virginia, the birthplace of so many of our Founding Fathers, has fallen so far.