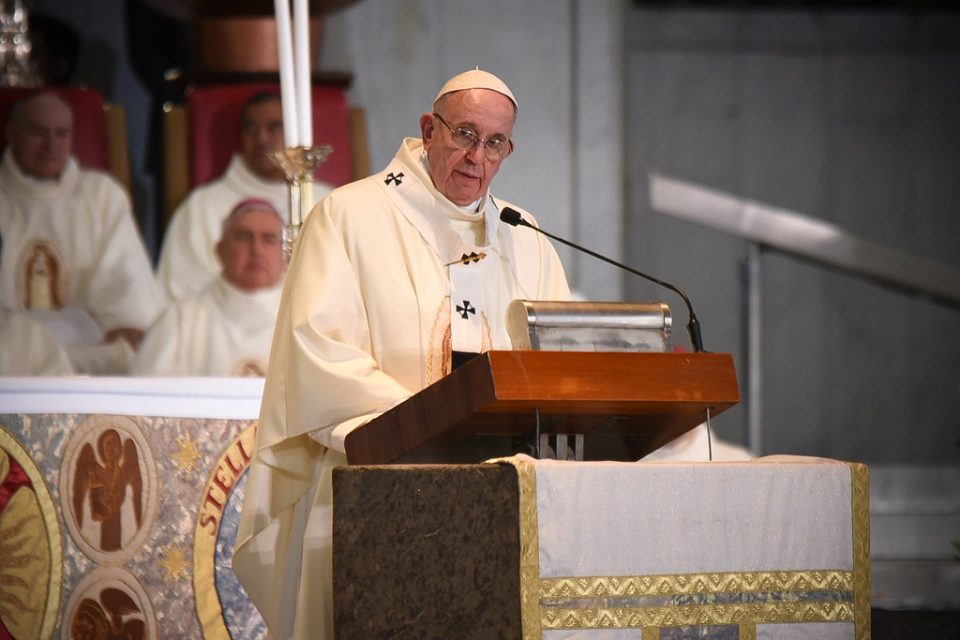 The liberal corporate media has been claiming we should soon see a “return to normalcy” for almost two years now.

Of course, no one actually believes it anymore.

In fact, right on cue to prove it, Pope Francis just said the quiet part out loud and shocked the world.

In a message during the Paris Peace forum, Pope Frances painted a bleak and dire picture of a pre-COVID world saturated in corruption, war, greed, and capitalistic oppression.

“The reality we knew before the pandemic was that wealth and economic growth were reserved for a minority while millions of people were unable to meet the most basic needs and lead a dignified life,” Francis said.

Right there the Pope is referencing a world that depends on the government to meet its needs – Joe Biden’s ultimate socialist dream.

“Return to normal would also mean a return to old social structures inspired by self-sufficiency, nationalism, protectionism, individualism and isolation,” he added, “and excluding our poorest brothers and sisters. Is this a future we can choose?”

Yes, you read that right. The Pope believes returning to a pre-pandemic world is not the answer.

The Pope’s vision is for a new world that begins with “a concrete collective commitment in favor of integral disarmament.”

“World military spending has now exceeded the level recorded at the end of the ‘cold war’ and is systematically increasing every year,” Pope Francis said.

“It is therefore no coincidence that for years we have uncritically witnessed the expansion of the arms market globally,” the pontiff concluded.

Many have speculated for years that Pope Francis was a radical leftist, but it wasn’t until the last couple of years that his true colors began to seep through.

The same Pope who openly met with President Biden – an openly devout pro-abort – and made no public comment on his participation in one of the holiest of Catholic traditions – communion.

To argue that the Pope believes in the teachings of the Catholic Church is abhorrent and a lie.

Pope Francis has shown his true colors – and it’s as red as communist red.

He is working with violent socialists and Marxists to change the course of humanity as we know it.

The Bible warns us of false prophets and false religious leaders, promoting idols and ideals that do not line up with Scripture – Pope Francis seems to fit the bill.