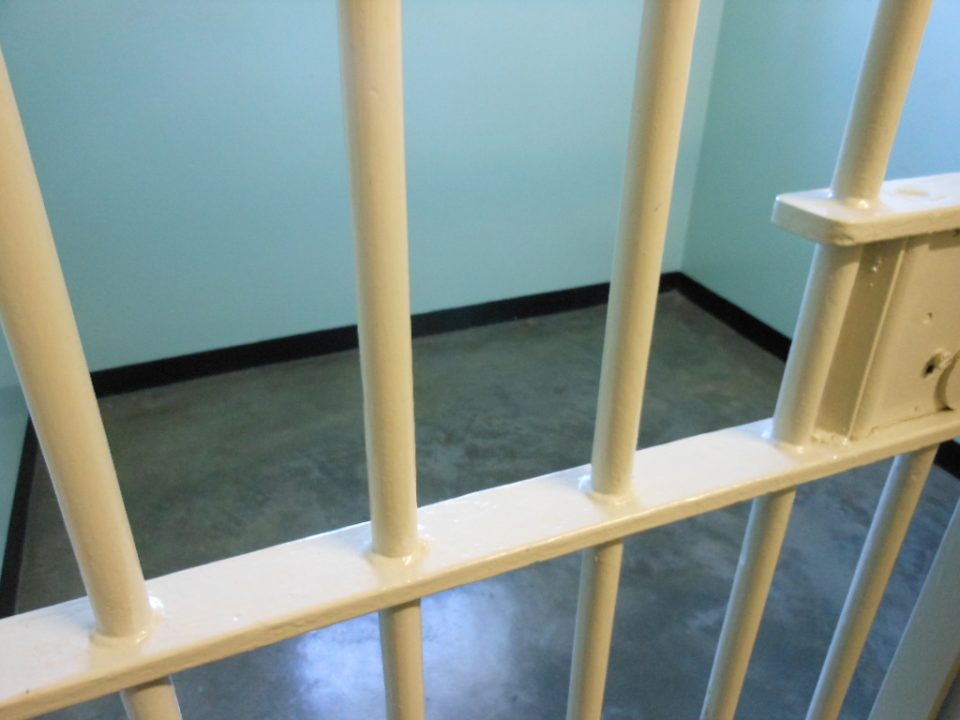 Just look at the January 6th political prisoners being tortured in D.C. prisons.

And then there’s the American hero who’s in jail after trying to stop a brutal murder.

Recently, political blog American Greatness featured a piece written by Julie Kelly regarding the injustice being faced by the men and women arrested after January 6.

This particular piece focused on former Marine Ryan Nichols and what he saw and experienced in the Capitol tunnel that fateful day.

But first, a little bit of background.

Following his career in the Marine Corps, Nichols spent much of his time doing search-and-rescue volunteer work.

In 2018, he rescued several dogs that had been abandoned by their owners after Hurricane Florence and was invited to appear on the “Ellen DeGeneres Show.”

DeGeneres was so impressed that she gave Ryan and his wife, Bonnie, $10,000 to pay for the honeymoon they didn’t take the year before so that Ryan could assist in rescue efforts in the wake of Hurricane Harvey.

But incredibly, Ryan used that money to instead buy a rescue boat – and he and his best friend Alex Harkrider, also a Marine, have since participated in “dozens of hurricane rescues and disaster relief efforts,” according to Nichols’ attorney, Joseph McBride.

Undoubtedly, this is a true American here.

But now Nichols is locked up in political prison in the nation’s capital.

Back on November 9th, Nichols told Newsmax host Greg Kelly a disturbing and frightening tale of what he witnessed on January 6th.

“We showed up in good faith . . . to protest the election results but never would have imagined we would encounter the horrors that we did on the west terrace and in the tunnel that day, When I saw women being beaten and in distress, my rescue instinct kicked in and I knew I had no choice but to help rescue them,” Nichols said.

Nichols, along with his best friend Harkrider, have been behind bars since January 18th and charged with multiple offenses.

So what turned two decorated veterans with a history of helping people in crisis into so-called “insurrectionists”?

According to the piece from American Greatness, it was what the two men saw when they approached the Capitol tunnel around 3 p.m. that day.

“They hear people screaming in pain and crying for help—women and old men are bloodied and injured,” McBride wrote in a motion seeking Nichols’ release.

“Training and instincts kick in and they head to the tunnel, wondering if an accident had happened and if other people were even more seriously injured.”

And this is not just conjecture. McBride has personally watched footage of the events that unfolded.

American Greatness, details what he saw and commented on from the footage:

“McBride viewed three hours of surveillance video captured by Capitol security camera—the extensive system captured at least 14,000 hours of footage that the Justice Department and Capitol police are desperate to keep away from public view—and described for the first time what happened inside the tunnel where a combination of D.C. and Capitol police, ostensibly, were stationed to prevent protesters from entering the building:

“[Just] after 4:00 pm, Ryan is sprayed multiple times by an officer standing on a ledge in the tunnel,” McBride wrote in a November 1 filing. “He is also separated from a woman who stood next to Ryan at different times at the Western Terrace. She was middle aged and nice. Ryan promised to keep an eye on her. The woman was wearing a red shirt and a MAGA hat. Shortly thereafter, officers begin terrorizing people in and around the tunnel. People are screaming and getting crushed. There is a pile of human beings stacked on top of each other at the tunnel entrance. People are trapped and there is nowhere to go.”

McBride focused on the conduct of one officer in particular, with badge number L359 and wearing a white shirt. The unidentified officer begins “to beat a man for no apparent reason . . . [and] beats the man so badly that the man crawls over to the woman with the MAGA hat.”

At this point, according to the security video, the officer turns his sights on the woman. “Then for reasons that no fair minded or decent human being will ever understand—[the officer wearing the] White-shirt turns his attention to the woman and begins to pulverize her,” McBride explained. “The weapon this officer appears to be using is a collapsible stick, designed to break windows in emergency situations. This stick is neither designed nor to be used against another human being.”

For the next several minutes, between 4 p.m. and around 4:15 p.m., the officer in the white shirt relentlessly beats the woman; McBride furnished a literal blow-by-blow account in the court document. (The time stamp is based on a three-hour video clip, not time of day.)

2:07:01: White-shirt hits the woman in the head with his baton five times in seven seconds;

2:07:22: The woman is sprayed directly in the eyes by officer on ledge;

2:07:30: The woman and others are still being maced and hit by White-shirt and ledge officer;

2:07:38: Blood is visibly coming out of the woman’s head and can be seen on the white hoody;

2:07:55: White-shirt and other officers are randomly assaulting people for no apparent reason;

2:08:17: White-shirt makes his way to front of crowd again and targets woman who is attempting to escape;

2:08:30: White-shirt spears and pokes the woman with his baton about the head, neck, and face so as to inflict maximum pain;

2:08:46: White-shirt beats the woman with his baton striking her eight times in six seconds;

2:09:13: White-shirt punches the woman in the face, with his left-hand, landing five punches in five seconds, with all of his might;

2:09:35: Another officer joins in and starts beating the woman in the head with his baton, landing twelve strikes in seven seconds;

2:10:47: If you pause the video here, you will see the welts on the woman’s face along with a disturbing look of helplessness;

2:11:13: White-shirt follows the woman to the front of the tunnel and beats her with his baton as she’s falling;

These assaults occurred about 10 minutes before the lifeless body of Rosanne Boyland was seen lying on the ground, just outside the tunnel. Most of the violent brawls between police and protesters take place near this tunnel in response to what McBride calls “overwhelming police brutality and misconduct.”

Body-worn camera footage released by the courts and seen here show Boyland on her side not moving as her friend, Justin Winchell, begged for help. “She’s gonna die!” Winchell tries to scream while holding on to Boyland. He turns to the crowd. “I need somebody, anybody,” he pleads. “She’s dead! She’s dead!”

McBride then confirms another report by American Greatness: “Roseanne (sic) Boyland’s body is dragged into the tunnel at 4:30 p.m., and is never seen again.” In September, I reported that, according to his congressional testimony, Officer Aquilino Gonell appears to be the person who handled Boyland’s body after she died, dragging her inside the building where he is then met by Officer Harry Dunn.

Officer Dunn told the January 6 Committee back in July that he carried an “unconscious woman” into House Majority Leader Steny Hoyer’s office.

The D.C. Medical Examiner’s Office concluded Boyland died of a drug overdose – but that autopsy is highly suspicious considering the video footage and multiple first-hand accounts about what happened to her that afternoon.

Future court filings, interviews, and security footage may one day reveal the truth.

And hopefully the truth will come out that Joe Biden’s corrupt Justice Department – along with the D.C. District Court judges – are keeping the several eyewitnesses of the police brutality and possible murder of innocent Americans locked up and silenced just like any proper dictatorship would.