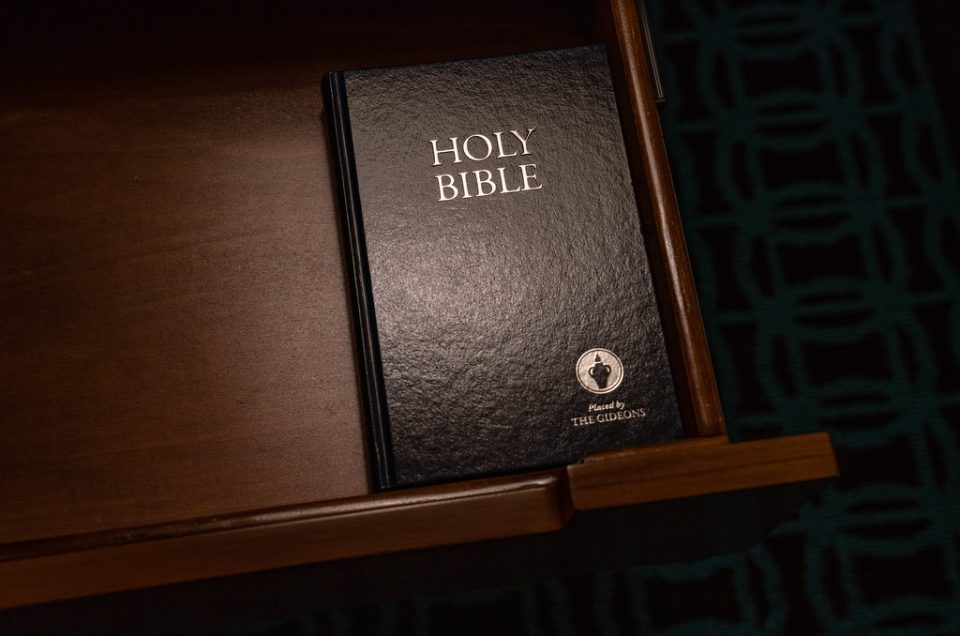 COVID has certainly taught us that people will obey bizarre dictates if they think it means they’ll be “safe.”

Christians worldwide just celebrated the birth of Jesus Christ, but ironically many did it “safely” because of the fear they might get sick.

Though the Bible commands us to “Fear Not,” this holiest of all Christian sites now openly promotes fear and turns Christians away.

The message of Jesus Christ’s love and protection appears to be lost on many of those who celebrated his birth on December 25th.

That’s because so many did it at a distance, or cloaked in masks, or hidden in their homes, so they didn’t “get sick.”

In some areas churches turned away the unvaccinated, showing both their ignorance of their own Christian faith, and of medical science.

Even more ironically, the saying “fear not” is written 365 times in the Bible, but that clearly doesn’t apply to those running the birthplace of Jesus.

If nothing else these past 18 months or so of the COVID pandemic have proven that people crave safety, no matter the cost.

But sadly, many seek safety in those who cannot provide it. And they seek the comfort of Fauci’s mandates though we know they are bogus.

As some have put it, if you wonder how the likes of Hitler, Stalin and Mao came to power, look around you now and you will see.

To add to this sadness and the madness is a world that’s gone insane trying to keep itself “safe” from a virus that has a 99.9% survivability rate.

In fact, even the very birthplace of Jesus bowed to the dictates of government officials at the very time Christians were celebrating His birth.

The Church of the Nativity is closed to Christian pilgrims.

Seems odd that anyone even has the ability to “close” the birthplace of Jesus, but in the feeble minds of humans, it is better to keep it closed than risk people getting sick.

Many tourists visit The Church of the Nativity, which is in Palestinian-controlled territory in the West Bank, but Israel’s ban on foreign travelers has many unable to partake in the wonder of viewing the Savior of the world’s birthplace.

The ongoing pandemic has devasted the economies of Bethlehem, Nazareth, and Jerusalem, all of which rely heavily on Christian pilgrims around the Christmas season.

But wait. Israel wasn’t finished. In what many are calling a clear act of religious discrimination, the Israeli government made an exception to its travel ban last week for participants in the “Birthright” program, which allows young Jewish people worldwide the ability to visit Israel.

Once again, a government makes exceptions for breaking COVID regulations.

If the virus is really that deadly, then it shouldn’t matter if someone is Jewish, Christian, or Atheist – they shouldn’t be allowed to break these supposed “rules” that are put in place to keep them “safe.”

Or do only Christians get COVID?

A source in the Roman Catholic Church who spoke to the AP on the condition of anonymity said church officials were shocked and angered by the Israeli government’s decision.

In fact, according to the same source, the Roman Catholic Church appealed to Israel’s tourism industry to let Christian pilgrims into the country for the Christmas season.

The COVID pandemic has been a cover for a blatant attack on Christianity in countries around the world – including the U.S. and Canada, and it is only getting worse.

When the birthplace of Jesus Christ is shut down because of “safety concerns,” people need to start genuinely analyzing what this is all really about because it is no longer merely about “stopping a virus.”

This is, and always has been, a spiritual war, and far too many people are seeking safety in man instead of freedom in the only true source, Jesus Christ.

Of course for those who read their Bibles, specifically Daniel and Revelations, the Bible talks about this too.

Joe Biden Throws in the Towel But Dr. Fauci Still Clings to Power