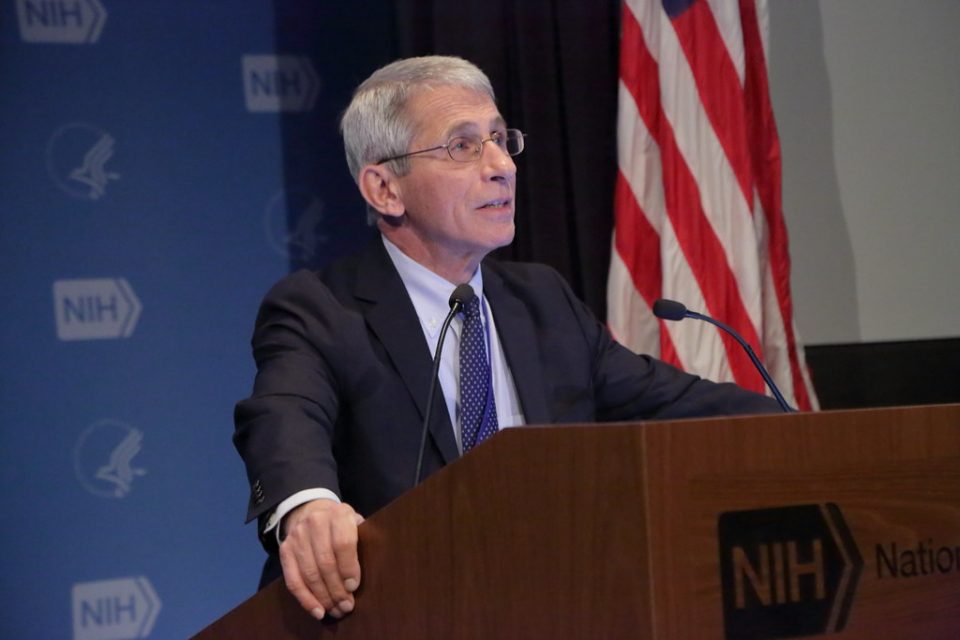 The Big Tech overlords are continuing their COVID censoring of anyone who tells the truth.

But now they may have gone too far and censored the wrong doctor.

And Fauci is furious now that this respected doctor has vowed to call out all of Fauci’s lies.

They are doing this knowing full well that they are actually causing people to suffer, and maybe even die, all in the name of Fauci-ism.

If a medical fact, or scientific certainty doesn’t pass muster of Fauci and his sycophants in the Twittersphere, accounts are shut down, videos removed, and world-renowned doctors and scientists banned.

Now, after being banned from Twitter, widely respected Dr. Robert Malone has decided to double down himself, and his first order of business is taking down the widely despised wanna-be dictator Dr. Anthony Fauci.

Dr. Robert Malone is the inventor of the mRNA vaccine platform and it’s not a stretch to say he’s not too happy with Big Tech right now for silencing him over the COVID pandemic.

During a recent interview on “The Ingraham Angle,” Dr. Malone stated that the move to lock him out of Twitter over his medical views is just another media miscalculation.

“What the media doesn’t understand is that you can’t suppress information. It’ll find a way to be free,” the doctor told Ingraham during the interview.

Why the massive Big Tech freak out over an interview with the inventor of the mRNA vaccine?

Because Malone discussed a theory from Professor Mattias Desmet which suggests how large populations can be sent into “mass formation psychosis.”

In simple terms, “mass formation psychosis” is when large groups of people influence an individual’s behavior, like what is happening with COVID and the vaccine.

The other term for this is mob mentality. The parallels between what is going on now, and the beginnings of Hitler’s rise to power, or the rise of Soviet communism are just too obvious and Big Tech and the corporate liberal media don’t want anyone pointing them out.

So they reacted swiftly like any good National Socialist would, by shutting down the conversation.

Of course, Dr. Malone quickly and correctly pointed out how social media’s socialist millionaires played right into the theory he was discussing by silencing him.

“They absolutely validated Mattias Desmet’s hypothesis. You couldn’t have asked for more. And it was a perfect storm…. They have blown it so badly, in this case,” Malone said.

Dr. Malone was also attacked for stating during his Rogan interview that “anybody who questions the narrative is immediately attacked.”

Once again, point to Dr. Malone.

Why was he attacked? Because the hypothesis is true. The left knows it’s true. But they don’t want the American people to find out it’s true.

After proving his point, Dr. Malone took on his (and America’s) nemesis, Dr. Anthony Fauci, or as Malone calls him “Tony.”

“Yes that’s Tony – what can I say. He has no integrity, he lies all the time, and me and my peers have been watching this for

decades. We just shrug our shoulders and shake our heads and say, it’s Fauci,” the doctor quipped.

Many Americans started doubting Fauci and his constant fearmongering months ago and now we’re learning for good reason.

It turns out that even the medical community doesn’t respect him.

This is how it starts, with the real doctors and scientists being marginalized and silenced, and even imprisoned. Then the Faucis take over and turn science and medicine upside down.

The next thing you know, to quote from “Animal Farm,” some animals are more equal than others.

And we have seen in Germany, Russia, Cambodia, and Africa how well that turns out.