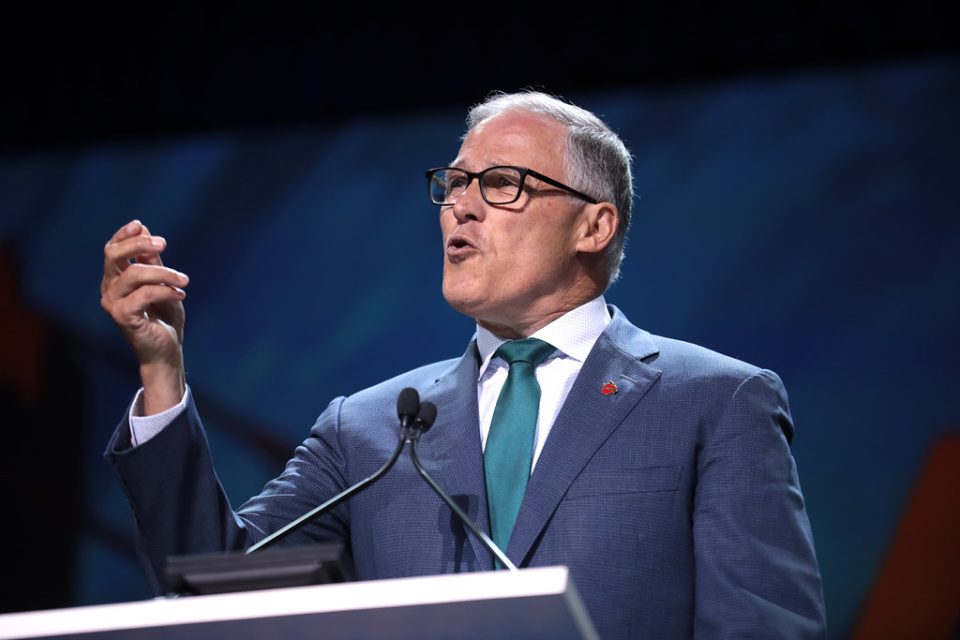 Democrats continue to show outright contempt for the American people.

They simply hate the freedoms endowed to Americans by our Creator and enshrined in the Constitution.

That’s why for this Democrat, Donald Trump wasn’t enough, now he’s coming after the Constitution.

Love him or hate him, one thing is certain.

Donald Trump forced the hand of freedom-hating Democrats and so-called “Republicans” who care only about power, not the American people.

For the first time, Americans were able to see that the Democrat Party has been taken over completely by radical socialists whose only goal is the complete destruction of the constitutional republic our founders created.

And it showed us that a large number of so-called “Republicans” are no better, and in fact are a party to this destruction.

The examples are everywhere, and the COVID outbreak has allowed these tin pot dictator wannabes to speed up their efforts to destroy our great republic and usher in a socialist dystopia.

Case in point is this Democrat governor who tried to take out Donald Trump in 2020, and now is trying to regulate your speech, even though he knows it’s blatantly unconstitutional.

Gun rights, freedom of religion, medical freedom, freedom of speech – it doesn’t matter, if it gives you the ability to make your own decisions the Democrats and their handmaidens in the media want it done away with.

It wasn’t that long ago that conservatives would joke about Democrats trying to destroy the Constitution and take away Americans’ freedoms.

And the Democrats would cry foul and bluster and whine about conservatives being bombastic.

It’s not a joke anymore. And they don’t complain anymore.

In fact, the radical Left is so determined to turn the United States into a socialist nation they’re doing it openly now, by stripping away your liberties one at a time.

Unfortunately, oftentimes with the full consent of a large number of Americans who have cowered into thinking it’s the only way to be “safe.”

Now, leftist Governor Jay Inslee (D-WA) has announced that he plans to introduce legislation that would regulate candidates and elected officials from “spreading lies” about elections that are “likely to result in violence.”

Of course, like all leftist “anti-violence” or “misinformation” laws and policies this one is completely at the discretion of elected officials and their designees.

Meaning that what constitutes “lies” or “likely violence” is determined by incumbent politicians who feel threatened. Not physically threatened of course – threatened they might lose their election.

Inslee said in a statement that he is referring only to “candidates and elected officers knowingly throwing bombs at democracy itself when doing so is likely to result in violence.”

Not shockingly, the Democrat governor announced his plan on the first anniversary of the January 6 Capitol riot and used that event as justification for his unconstitutional speech restrictions.

Once again, a Democrat is leveraging January 6 to implement moves that will strip citizens of their God-given, constitutionally guaranteed rights.

Two problems jump out immediately. First, as do most Democrats (and a large number of Republicans too), Inslee incorrectly calls our system a democracy. It is not. We are a constitutional Republic. There is a huge difference.

Second, Inslee was nowhere to be found when the left stormed the Capitol during the Kavanaugh hearings, the Barrett hearings, or

when a leftist Bernie Sanders supporter shot and almost killed a U.S. congressman.

It seems Democrats only care when D.C. and Capitol Hill police escort Trump supporters into the Capitol in between the velvet ropes.

Now admittedly, things got out of hand that day. But insurrection it was not. Riot, maybe. Unfortunately, and tragically, lives were lost.

But so far we are finding out the lives lost were at the hands of police and federal agents who committed unspeakable crimes, shot unarmed women and allegedly beat and killed at least one other unarmed woman.

But that didn’t stop Inslee. He went on in his statement to say that there is “an ongoing coup attempt by candidates and elected officials to overturn our democracy.”

There is that democracy word again. You can’t overturn something that doesn’t exist, but we digress.

What is most troubling about Inslee’s new law is that the governor even knows that his proposed law is most likely unconstitutional!

That’s why he tried, very unsuccessfully, to head it off at the pass by citing the 1969 Supreme Court case, Brandenburg v. Ohio.

In Brandenburg v. Ohio the court ruled that speech “inciting or producing imminent lawless action and is likely to incite or produce such action” is not constitutionally protected.

But there is no correlation between the Brandenburg case and Inslee’s anti-freedom of speech law.

Governor Inslee is doing nothing more than trying to distract from the Democrats’ continued attempts to steal future elections.

The pending election bill in the U.S. Senate is nothing more than a naked power play to allow more illegal immigrants to vote and take away the rights of law-abiding citizens.

The end game is that the Democrats win every possible election in this country from the bottom up making them the ultimate ruling class.

When you add this to legislation banning free speech, you end up with Venezuela, Cuba, North Korea, or Communist China.

That is what it is all about.