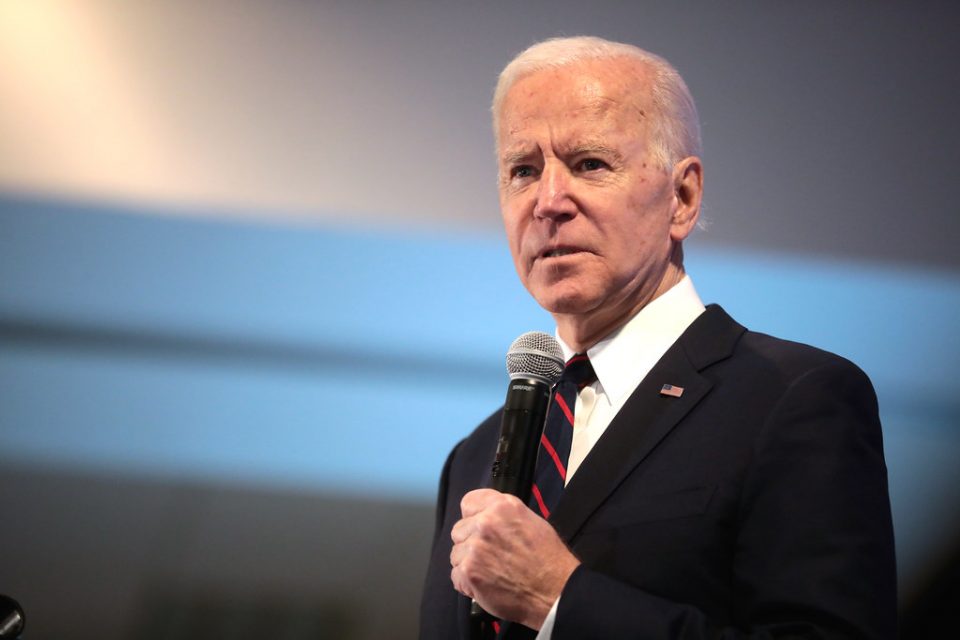 Attacks on Christians have been on the rise around the world.

Mass executions are happening in Nigeria, kidnappings and rapes throughout Africa and the Middle East, and beatings and forced conversions in India.

So American Christians are getting understandably nervous now that Joe Biden is creating this creepy database of Christians here.

There is no longer any doubt that Joe Biden, Nancy Pelosi, and the Democrats are following the Marxist/Leninist reader for their every move.

And the left’s efforts to take power for good, tear down our constitutional republic, and replace it with a national socialist regime are speeding up.

Now, in a move fresh out of George Orwell’s classic novel “1984,” a small, obscure federal agency has issued a public notice about a new policy that means the Biden administration is preparing to create a database of Americans who claim a religious objection to being forcibly injected with the COVID vaccine.

The Daily Signal reports it’s happening at the Pretrial Services Agency for the District of Columbia.

Just what is the PSA for the District of Columbia, you might ask?

Well, according to their website it is “the Federal agency responsible for gathering information about newly arrested defendants and preparing the recommendations considered by the Court in deciding release options.”

That very agency has now announced the creation of a brand-new records system that will store the names and “personal religious information” of every single employee who makes “religious accommodation requests for religious exception from the federally mandated vaccination requirement.”

Their announcement reads, “This system of records maintains personal religious information collected in response to religious accommodation requests for religious exception from the federally mandated vaccination requirement in the context of a public health emergency or similar health and safety incident, such as a pandemic, epidemic, natural disaster or national or regional emergency; and/or any other lawful collection of employee information or data that is necessary to ensure a safe and healthy environment for individuals who are occupying PSA facilities, attending PSA-sponsored events, or otherwise engaged in official business on behalf of the Agency.”

Sarah Parshall Perry and GianCarlo Canaparo, writing for The Daily Signal, noted the publication did not explain why the agency needs to create such a list, except to say that it will “assist the Agency in the collecting, storing, dissemination, and disposal of employee religious exemption request information collected and maintained by the Agency.”

So, in essence, the little-known federal agency is going to all this trouble to make a list to be able to, that’s right, create a list!

But it doesn’t stop with this one agency. The Washington Times reports other federal agencies are putting together similar lists of religious objectors, including some of the largest federal agencies.

Included in this list are: General Services Administration, Health and Human Services, Housing and Urban Development, the Interior, Securities and Exchange Commission, Transportation, and Treasury.

But this is likely just the tip of the iceberg. You can bet that the military is keeping detailed records of every single religious objector for future use.

It’s time for Americans to pick a side. There is the side of freedom and the Constitution, or the side of lists, camps, and Fauci-ism.

There is NO middle ground.

Democrats Want to Punish the Unvaccinated, You Won’t Believe How Far They’ll Go

Islamic Terrorists Threaten the U.S., But Biden’s DOJ Is Focusing on This Instead