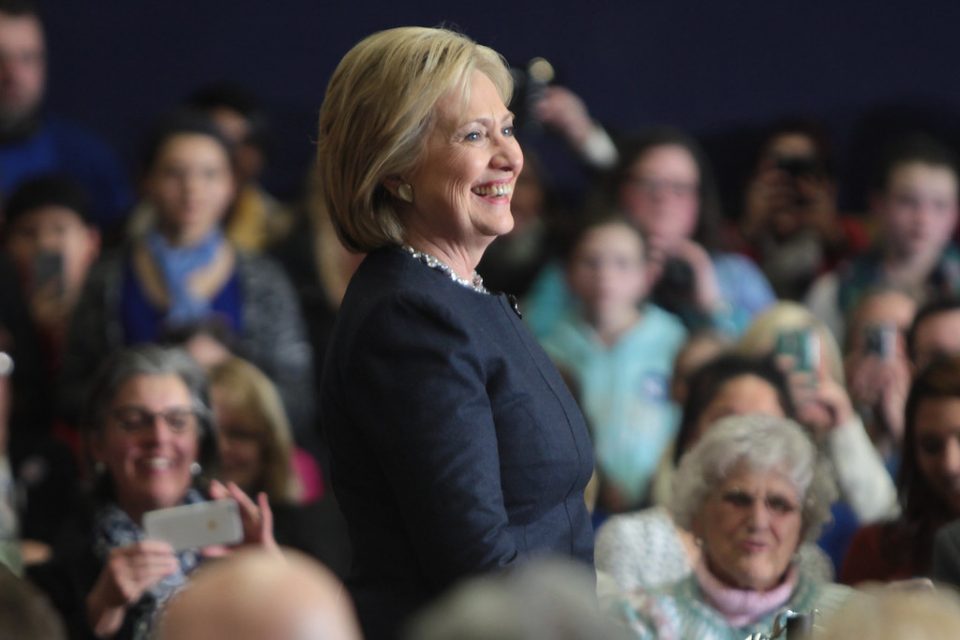 Death just seems to follow Bill and Hillary Clinton wherever they go.
And every time, whether a coincidence or not, it always seems to benefit them in some
way.

So, it’s no surprise that Hillary is all smiles after yet another shocking prison cell ‘suicide.’
First there was convicted child molester billionaire and close Clinton confidant Jeffrey
Epstein who was found dead in his prison cell.

Amazingly, no one saw anything and the prison security cameras had magically stopped
working right around the time he supposedly hung himself.

While almost no one with a brain believes that Epstein killed himself, it’s the story the
media and elites have stuck by.

French newspapers Le Monde and Le Parisian both reported the fashion agency head
had hanged himself in his cell at the La Santé Prison in Paris, France.
And just like Epstein, the security cameras in Brunel’s cell also strangely stopped
working right before he died.

Brunel was well-known as Epstein’s “pimp” who provided the billionaire with underage
girls for his private brothel and unsavory galas, many of which were held on his private
island with high-profile people such as Bill Clinton and Prince Andrew.

Le Parisian reported, “According to our information, the septuagenarian was found dead
by hanging last night in his cell in the Paris prison of Health. He was found around 1
a.m. during the night patrol. He could not be revived, said a prison source.”
Le Monde reported, “The former French modeling agent Jean-Luc Brunel was found
dead, hanged, on the night of Friday February 18 to Saturday February 19, in his cell in
the prison of Health, in Paris, announced the Paris prosecutor’s office.”
Brunel’s lawyers told Le Monde that Brunel’s alleged suicide was due to a “deep sense
of injustice” that he supposedly felt.

“Jean-Luc Brunel has continued to proclaim his innocence… His decision was not driven
by guilt, but by a deep sense of injustice,” his lawyers said.
Brunel was arrested in December 2020 at Charles de Gaulle Airport in Paris attempting
to board a plane for Senegal.

NBC News reported at the time (back when they still covered the story), “French
modeling agent Jean Luc Brunel has been detained in Paris in connection with an
investigation of Jeffrey Epstein’s circle of enablers, according to French prosecutors, he
was being held for questioning on suspicion of providing underage girls from his
modeling agency for Epstein to sexually abuse.”

Brunel was officially charged with both sexual harassment and the rape of minors.
Paris Prosecutor Remy Heitz said Brunel was “suspected of having committed acts of
rape, sexual assault and sexual harassment on various minor or major victims and of
having, in particular, organized the transport and accommodation of young girls or
young women on behalf of Jeffrey Epstein.”

Epstein-accuser Virginia Roberts Giuffre said in her 2016 deposition that Epstein
and Ghislaine Maxwell had directed her to provide sexual acts for Brunel.
Giuffre also said Epstein had once told her he’d slept with “over a thousand women that
Brunel brought in.”

With Ghislaine Maxwell giving up her attempts to keep her client list secret, she may be
the next to suddenly commit suicide in her cell.

CA Gov. Gavin Newsom Trying to Use Abortion to Gut 2nd Amendment in a Bizarre Way