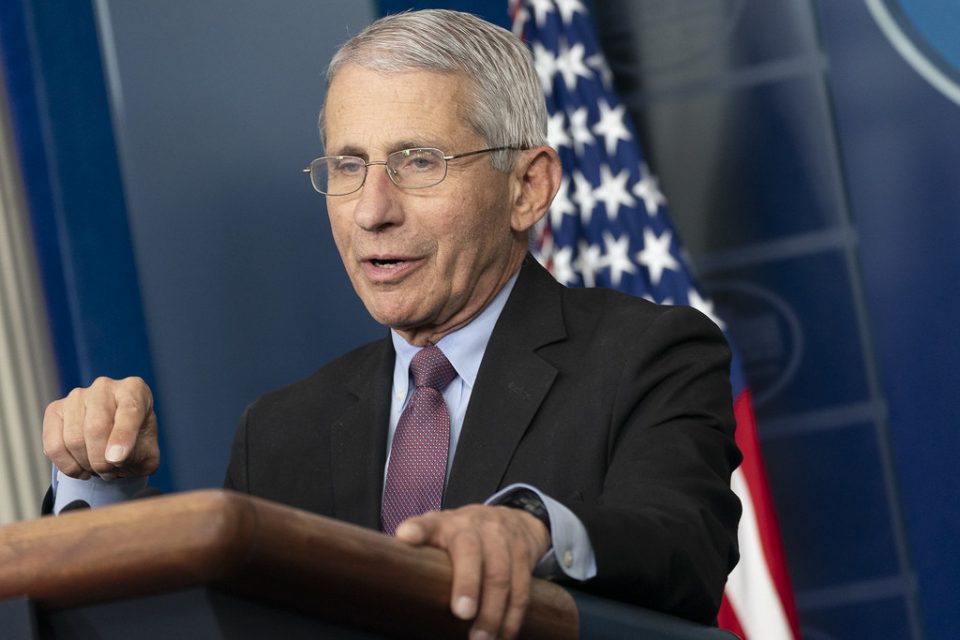 “Fauciism” has taken hold in some strange places.

It’s not just the Democrats and radical left worshiping the unscientific views of Dr. Fauci and the COVID fearmongers anymore.

That’s why Dr. Fauci is all smiles after Forbes canceled this writer for one reason.

As the polls change, COVID mandates and lockdowns are disappearing faster than Democrat congressmen up for reelection.

The American people are finally realizing that most of the mandates and economy-wrecking measures were about power and control rather than health or safety.

But it hasn’t stopped the major media outlets from pumping out their propaganda to the American people.

Including even well-respected and more “conservative” leaning publications like Forbes.

Longtime Forbes contributor Adam Andrzejewski was recently terminated by the magazine after being pressured to stop his investigative reporting on Dr. Anthony Fauci.

Andrzejewski’s investigation had discovered that Fauci had been the highest paid government employee in 2019 and, in 2020, he and his wife made a joint $1.7 million.

Additionally, he revealed the details of Fauci’s $350,000 per-year retirement package and that the Faucis’ net worth was over $10.4 million.

Andrzejewski, who is also CEO and founder of OpenTheBooks.com, said he was let go by the magazine shortly after being “admonished” for his coverage of the embattled National Institute of Allergy and Infectious Diseases director.

“Forbes couldn’t resist the pressure from the National Institutes of Health,” Andrzejewski told The New York Post via email.

“Forbes editors — in email and on the phone — admonished that I wrote too many columns on Fauci.”

Andrzejewski also appeared on Fox News and said he was “canceled” by the magazine after eight years and writing over 200 columns for the publication – pointing out that only four columns were ever about Fauci.

Andrzejewski stated that six top executives at the National Institutes of Health sent him and Forbes an email regarding his coverage of Fauci.

“It was couched as a corrections email, but the corrections — there was basically no substantial corrections — and they quibbled about small things in my column, but that was the excuse that Forbes used to cancel the column,” Andrzejewski said.

Although Forbes didn’t explicitly say that Fauci was the reason he was fired, Andrzejewski believes the pressure from government health officials played a key role.

It’s clear Forbes has decided which team they’re on – and now, with Biden announcing he’s extending the COVID National Emergency – keep a close eye on which side everyone takes.

CA Gov. Gavin Newsom Trying to Use Abortion to Gut 2nd Amendment in a Bizarre Way