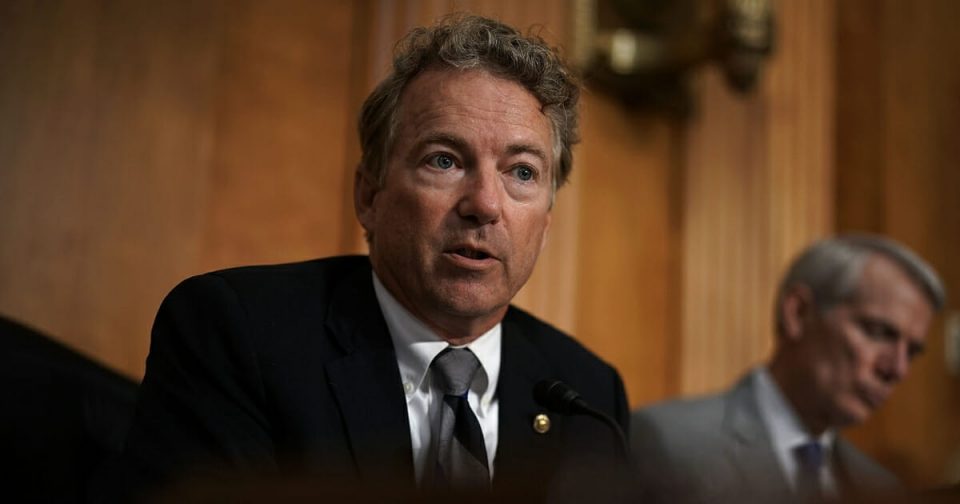 Dr. Anthony Fauci has overseen a two-year reign of “error” with his faulty science.

Although it seems he’s disappeared from public view, Fauci is still pulling Joe Biden’s strings on all things COVID.

But Senator Rand Paul just took one action that could end Dr. Fauci for good.

Dr. Anthony Fauci has been wrong more than he’s been right when it comes to COVID.

And now we know Fauci lied, and thousands of Americans died because of his lies and cover ups.

Not only did he know where COVID originated, he helped fund it.

Then he lied to Congress about it.

And yet he’s still making more money off the U.S. taxpayers than any other federal employee.

Well, if U.S. Senator Rand Paul (R-KY) has his way, that will be ending very soon.

Senator Paul, who is also a physician, has introduced an amendment that, if passed, would eliminate Dr. Anthony Fauci’s position as Director of the National Institute of Allergy and Infectious Diseases (NIAID) and would be replaced by three separate national research institutes.

“We’ve learned a lot over the past two years, but one lesson in particular is that no one person should be deemed ‘dictator-in-chief.’ No one person should have unilateral authority to make decisions for millions of Americans,” said Dr. Paul.

“To ensure that ineffective, unscientific lockdowns and mandates are never foisted on the American people ever again, I’ve introduced this amendment to eliminate Dr. Anthony Fauci’s position as Director of the National Institute of Allergy and Infectious Diseases, and divide his power into three separate new institutes. This will create accountability and oversight into a taxpayer funded position that has largely abused its power, and has been responsible for many failures and misinformation during the COVID-19 pandemic.”

Breaking up large positions within the federal government is nothing new. In fact, as recently as 2012, Congress passed a law specifically regarding the National Institute of Health that eliminated the National Center for Research Resources (NCRR).

This legislation divided up NCRR’s programs and sent some to a new National Center for Advancing Translational Sciences (NCATS) and sent other NCRR functions to other existing institutes within NIH.

Dr. Paul’s amendment would keep with this precedent – and would immediately eliminate Dr. Fauci’s position with a new director for each separate institute :

Each director would be appointed by the President and then confirmed by the Senate for a 5-year term.

Dr. Paul’s amendment would stop any future Dr. Fauci’s from holding the nation hostage during a national health crisis.

Now we wait to see if the Senate will vote for logic and common sense, or if they’ll continue choosing the far-flung Fauciist folly that threatens to destroy our very freedoms.