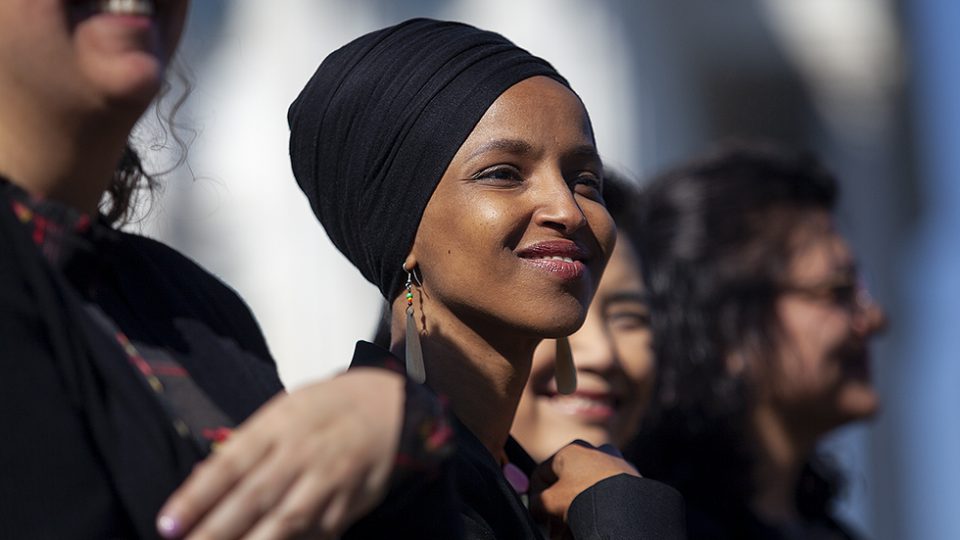 The economy is teetering on the brink.

Even just one minor mistake could mean a major recession or even the next depression.

And yet Joe Biden just took this advice from Ilhan Omar that could finally push us over the edge.

President Joe Biden has done such a terrible job running the country that even his closest supporters are jumping ship while they still can.

And with the 2022 midterms quickly approaching, and the GOP poised to wipe out the Democrats control of congress, the President is trying to figure out how to keep at least some of his core voters.

So he’s making a sharp turn to the left and listening to the most radical members in his party. People like Bernie Sanders, AOC, and Ilhan Omar.

And people like Ilhan Omar are making demands of Joe Biden that will end up decimating America’s economy for the false hope of a few more socialist votes this fall.

Omar is calling on the befuddled President to draft an executive order to wipe out all student loan debt.

Apparently, the Congresswoman from Minnesota (who once allegedly married her brother to commit immigration fraud) isn’t concerned about what kind of impact a massive government-spending program would have on an economy sitting with inflation rates that are at a four-decade-high at 8.5%.

“We’re here to tell the President, with a stroke of a pen, he can, and should and must, cancel student debt, period,” the radical Omar shrieked.

Of course, there are multiple problems with Congresswoman Omar’s assessment.

First of all, the 45-million number was pulled out of thin air.

Forbes reports the current proposal of “forgiving” up to $50,000 in student loans would benefit 29.9-million people, not 45 million.

And as an aside to that, really? There are 45 million people putting off starting a business? Or a family?

Second, debts do not simply go unpaid – someone pays it off.

And who would that be?

The American taxpayer. The hardworking men and women who didn’t get stupid loans to get ridiculous degrees in subjects that have no jobs or generate no income.

Omar and Biden are forcing every other working American to cover the cost of loans they had nothing to do with.

Third, according to EducationData.org, about 35-million Americans have worked hard and made sacrifices to pay off their student loans.

So as Forbes reports, Omar and Biden’s plan predominantly benefits student loan borrowers under the age of 40.

Which is why many political analysts speculate this move is purely an attempt to buy votes from young voters.

A recent Quinnipiac poll has President Biden sitting at 58% disapproval with voters between the ages of 18-34.

Meanwhile, only 21% of that age group approve of Biden’s job performance – a negative 37-point approval rating.

Just one year ago, 18–34 year-olds gave the President a +6 approval rating.

Biden is betting on wiping out student loan debt as his best option to enthuse both young voters and his radical left-wing base to show up in November.

Even if it’s at the price of destroying the American economy and crippling America’s hardworking lower and middle-class families.

To the radical left, those people don’t really matter anyway, just their money.

Bill Gates Warns of a ‘More Fatal’ COVID and Says U.S. Must Take One Drastic Action