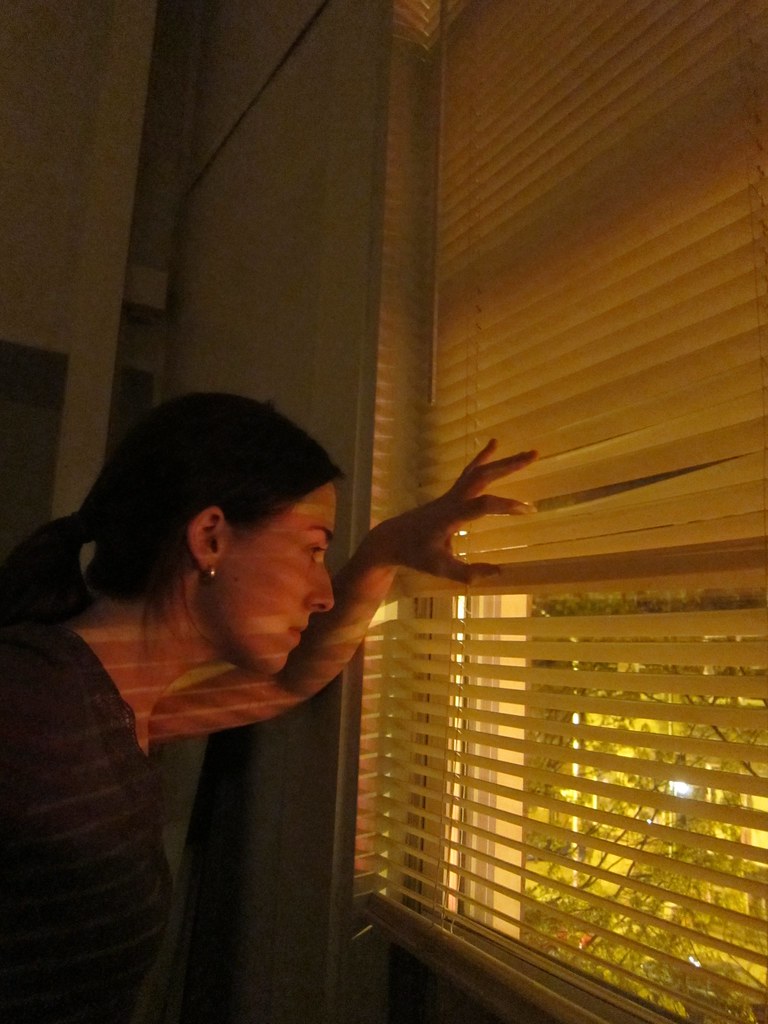 "Kelly peeking through blinds" by Lokesh_Dhakar is licensed under CC BY 2.0. Copy text

And it’s not just Congress passing them.

One city passed a new law that wants neighbors to record each other and report violators.

When it comes to running for office on the local level, a lot of people will throw their hat in the ring because they want to “do something” about a specific problem.

All they know is something has set them off and it needs to be “fixed” and they’re going to be the ones to do it.

This usually results in more government programs, new or higher taxes, new spending, and a loss of freedom.

We see this every day in Congress as they pass bill after bill taking away our freedoms and shredding the Constitution.

But it happens at the state and local level just as frequently.

Take what just happened in Aurora, Illinois, a city in the suburbs of Chicago.

They’re now regulating exactly how long a dog can bark.

Aurora, Illinois has a law on the books regulating dog barking.

But it gets even more dystopian than this.

In order to enforce the new law, neighbors will need to make recordings of the dog barking or have multiple witnesses of the canine commotion to corroborate the violation to authorities.

City officials are pulling from the old Gestapo playbook on this one – turn in your neighbors. Except also record them.

This is some scary stuff. The days of having your average neighborhood busybody just got really creepy and authoritarian!

Next thing you know, dog owners will be given little arm bands to wear.

But that’s not all.

The city is also limiting how many total pets a household can have at one time.

And we aren’t talking about restricting the old cat-lady with 45 cats in her one-bedroom apartment.

The new law limits only four pets per household, and no more than two of the same animal without obtaining approval from the city’s animal control agency first.

And this isn’t just in regards to dogs and cats. Ferrets, rabbits, guinea pigs, and hamsters are all under the same regulations.

It’s not clear how this will be enforced. Will Aurora authorities be conducting door-to-door search and seizures for illegal dogs and cats?

Will there be hamster hunting parties sent out? Will Aurora’s finest be ferreting out the ferrets?

Will city officials be counting on good neighbors to turn in pet counts?

With all that’s happening in the country today from skyrocketing inflation to rampant violent crime – especially in the Chicago area – you’d think city officials would have better things to do.

Let’s just hope they take on the real issue next – people who own too many fish.