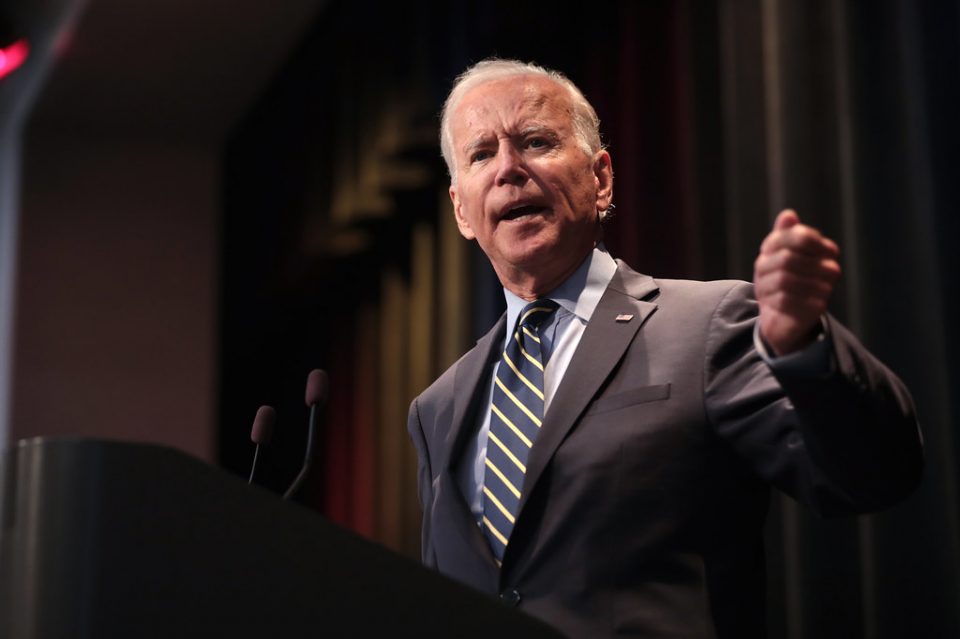 The Biden administration is working to neuter local police and disarm American citizens.

At the same time, they are shredding the Constitution.

And Joe Biden’s FBI spied on 3.3 million Americans for this one shocking reason.

Americans thought it was bad during the Obama years.

That’s when the targeting of conservative and religious organizations, as well as individuals, began in full force.

But it turns out that was only a precursor of what was to come.

Now, some high-ranking Republicans in the House are demanding answers from Biden’s FBI after court-ordered information surfaced showing that the agency collected personal information – without warrants – from more than three million American citizens.

The Epoch Times recently reported that on May 25th, FBI Director Christopher Wray was sent a letter from Congressman Jim Jordan (R-OH) and Mike Turner (R-OH) to explain.

This action by the FBI is very troubling and of great concern to anyone who cares about individual liberties and the Constitution.

Typically, the ability to gather such intelligence is granted only by obtaining a Foreign Intelligence Surveillance Act (FISA) warrant first.

Section 702 of this law states: “The Attorney General (AG) and the Director of National Intelligence (DNI) may jointly authorize the targeting of (i) non-U.S. persons (ii) who are reasonably believed to be outside of the United States (iii) to acquire foreign intelligence information.”

But the power granted by a FISA warrant gives federal agents ever-expanding networks of people to investigate.

And the information gathered by going after these new people can then be used against American citizens who have had any interactions at all with foreign entities.

This has led to an explosion of investigations against American citizens overseas and in the US.

In total, there were 3,394,053 searches made without warrants against individual American citizens in 2021.

That is an incredible 250% increase!

It’s bad enough there were more than one million warrantless searches in 2020.

But it is unconscionable that the number has increased more than three times under the first year of the Biden regime.

The Biden administration claims this was due to “Russian collusion” investigations, but now that we know that most, if not all, of these investigations were bogus, we have to wonder what they really were illegally snooping for.

While he seems to bumble and bungle everything else up, it seems Joe Biden is perfectly capable of spying on Americans.

In fact, even higher increases can be expected across the board – like the cost of living, gas, and food, the number of illegal immigrants pouring across the border – and yes, more illegal spying on Americans.

Not the kind of increases you’d want to hang your hopes onto when the midterms roll around.