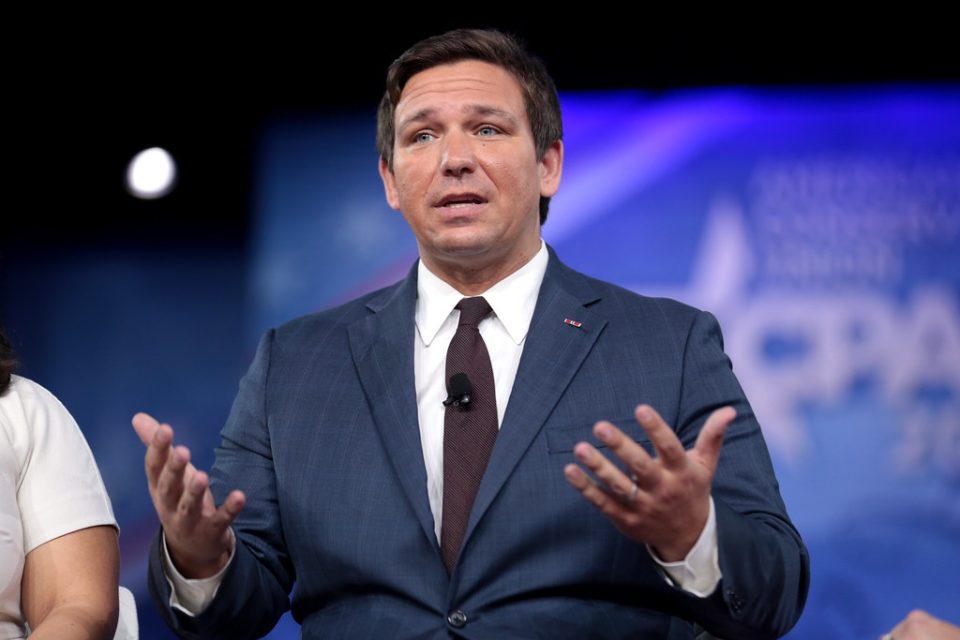 Joe Biden is moving full speed ahead on stripping away America’s sovereignty.

And most politicians are staying eerily quiet about it.

But Governor Ron DeSantis is saying ‘no way’ to this Biden-backed treaty.

The global elites are scurrying to create a global government that will oversee everything from healthcare to economics.

Unfortunately, many of our top politicians in both parties are marching in lockstep to join the one-world globalist effort.

But there is one Governor who’s made it very clear he’s having none of it.

Florida’s popular governor Ron DeSantis recently announced there is “no way” he will be supporting the World Health Organization’s (WHO) global pandemic treaty.

This treaty has been making waves since news began to spread that the WHO was considering amendments from the Biden administration.

These amendments would authorize the WHO to have more control when an international health emergency is declared, thus nullifying American sovereignty over health crises in the future.

Yes –  the U.S. President, Joe Biden, is not only willingly giving up U.S. sovereignty – he’s pushing for it!

During a recent news conference, Governor DeSantis made clear his stance on the issue.

“We in Florida, there is no way we will ever support this WHO. thing … that’s not going to happen. No way.”

DeSantis went on and called out the global elites who are currently meeting in Switzerland.

Governor DeSantis’s policies and response to COVID was a stark contrast to the WHO’s actions.

During the COVID pandemic, the WHO advocated for lockdown policies, influenced by the Chinese Communist Party, as well as vaccine mandates.

This is not the first time DeSantis has gone up against the Biden administration on public health issues.

Earlier this year, DeSantis launched his own set of COVID guidelines called “Buck the CDC.”

These campaigns were not only wildly popular, they both worked superbly.

It turns out that freedom and common sense beat out Fauciism and fear every time.

Shocking Federal Report Warns of This New Communist Chinese Threat to the U.S.