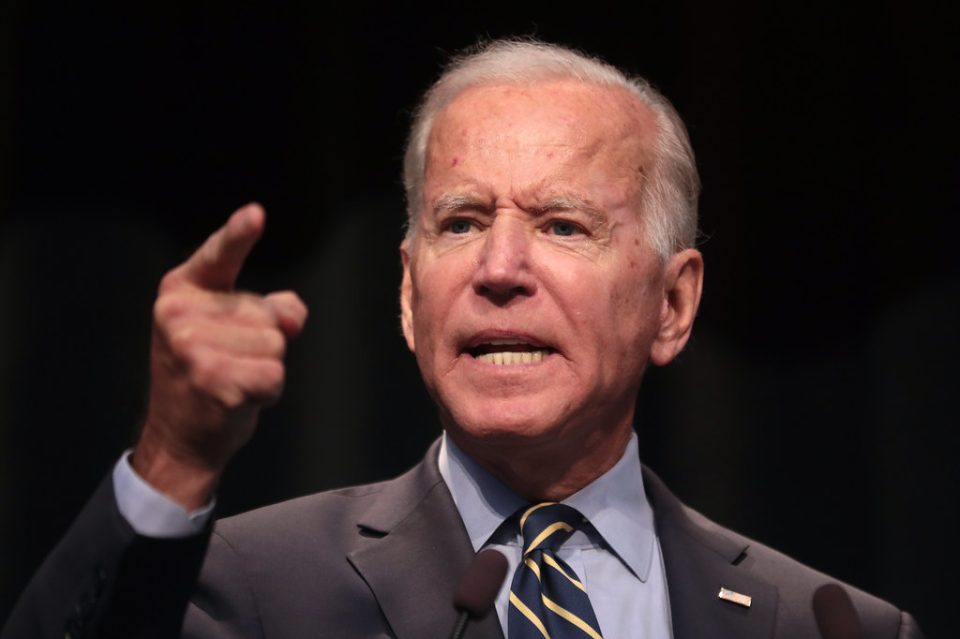 The ‘woke’ agenda is getting out of control.

And it seems the left has decided to make children suffer the most.

In fact, Joe Biden just issued a shocking new policy for poor children: do this or go hungry.

The radical leftists have no shame when it comes to promoting their socialist agenda.

They don’t care who it hurts or even who it kills.

We know they promote the slaughter of millions of children at the altar of “women’s rights” without batting an eye.

They are willing to let little boys and girls be mutilated all in the name of “transgenderism” and “gender identity.”

Now the Biden administration has issued a controversial mandate that withholds school lunch funds from schools that refuse to implement transgender policies and accommodations.

This will clearly hurt low-income and minority students the most whom, under the lunch program, receive meals at a reduced cost or for free.

For many children, these meals are their only source of food for the day.

Sarah Parshall Perry, a senior legal fellow at the Heritage Foundation said, “Holding the lunch money of low-income and underprivileged kids hostage in order to advance a woke gender orthodoxy shows precisely the lengths to which the president will go to ensure his pet policies on ‘gender identity’ are rammed through American lunchrooms, classrooms, bathrooms, dorm rooms, and sports teams.”

This is in reference to the Food and Nutrition Services (FNS)- an agency within the U.S. Department of Agriculture (USDA) – who announced last month that it will extend its interpretation of sex-based discrimination contained in Title IX to include sexual orientation and so-called “gender identity.”

The left has been incorrectly applying this extension by wiping out all the gains women’s rights activists have made over the decades by allowing things like men participating in women’s sports, and men using women’s restrooms.

This has resulted in horrible outcomes like the multiple sexual assaults that occurred in Loudoun County, Virginia’s public schools – which were then covered up because it proved the dangers of these pro-transgender efforts.

Schools that receive federal funds from FNS must also agree to “investigate allegations of discrimination based on gender identity or sexual orientation,” the agency said in its announcement.

“Those organizations must also update their non-discrimination policies and signage to include prohibitions against discrimination based on gender identity and sexual orientation.”

The National School Lunch Program was feeding approximately 30 million students a day before the government’s COVID-19 response shut down schools in many states and upended school schedules.

Under Biden’s new LGBTQ policies, this may all change.