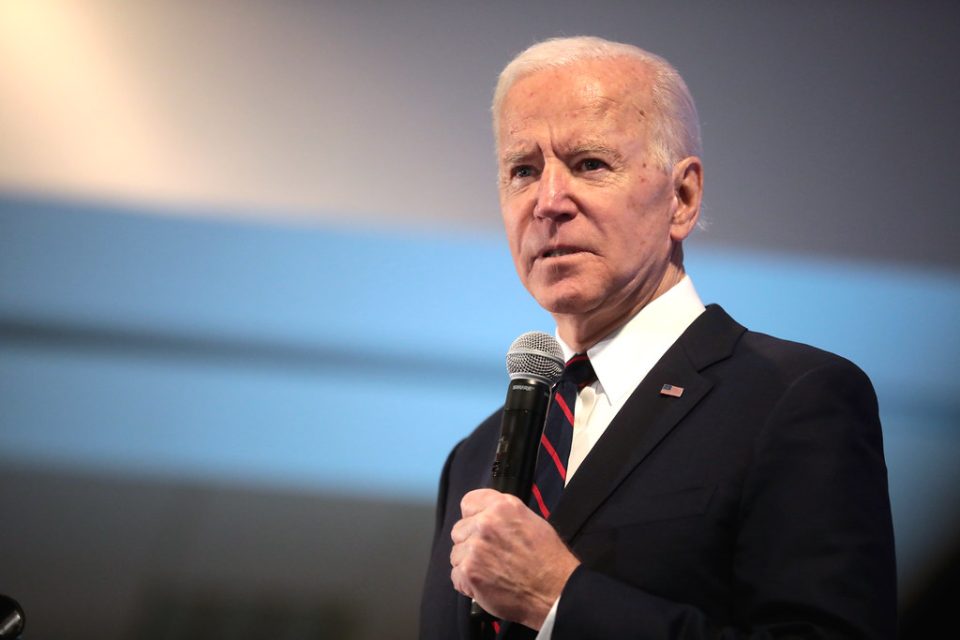 "Joe Biden" by Gage Skidmore is licensed under CC BY-SA 2.0.

And it’s even tougher when you’re a complete failure at it.

That’s why Joe Biden lost it when 50 top Democrats said this one thing about him.

There’s simply no longer any doubt that Joe Biden’s presidency has been a complete failure.

The question isn’t will the Democrats lose seats in November, but how many.

Will the midterms this year see catastrophic Democrat losses or just historic ones?

One thing is for sure, even the most ardent, rabid of Democrats are deserting their de facto leader like rats on a sinking ship.

Top Democrats across the country, from all wings of the party (yes, just like with genders, Democrats have multiple wings as well) are now saying President Biden should not run for re-election in 2024.

The radical leftist New York Times recently spoke to 50 Democrat officials and nearly all expressed their fear that a Biden re-election campaign will not help them against the GOP in 2024.

All of them expect the Republicans to enjoy sweeping victories in the coming midterms despite the Democrats relentless attempts to focus the narrative on January 6th or gun violence.

In fact, Democratic National Committee (DNC) member Steve Simeonidis of Florida said he was pessimistic about his party’s leadership and flatly called for the almost 80-year-old Biden to let someone new take over in 2024.

“To say our country was on the right track would flagrantly depart from reality,” Simeonidis bluntly told the Times.

And Shelia Huggins, also a member of the DNC from North Carolina, was even more critical.

Many other Democrat leaders who were interviewed refused to go on record and wished to remain anonymous, but even they agreed the several controversies of Biden’s administration have dealt a major setback to the Democrat Party.

Biden has overseen record-high inflation – the highest it’s been in 40 years, topped by surging gas prices – which are now averaging over $5 per gallon.

There’s the lingering effects from the disastrous, over-the-top response to the COVID pandemic, the violence from the BLM/Antifa riots, and now the death threats and vandalism over the Supreme Court possibly overturning Roe V. Wade for good.

Of course Biden also suffered major legislative defeats, like the failure to pass his atrocious $1.8 trillion ‘Build Back Better’ agenda and unconstitutional voting fraud expansion legislation, which faced opposition from even a few sane Democrats.

Then there’s his disastrous foreign policy with the disgusting U.S. military exit from Afghanistan last summer, the Russian war in Ukraine, and the complete destruction of all the progress Trump made in the Middle East peace process.

Democrats are right to be scared.

Biden has an approval rating below 50-percent in every single state except Hawaii, where he’s polling at 52-percent approval.

Even the Democrat media firm NBC News reported, “He’s now lower than Trump, and he’s really twisted about it.”