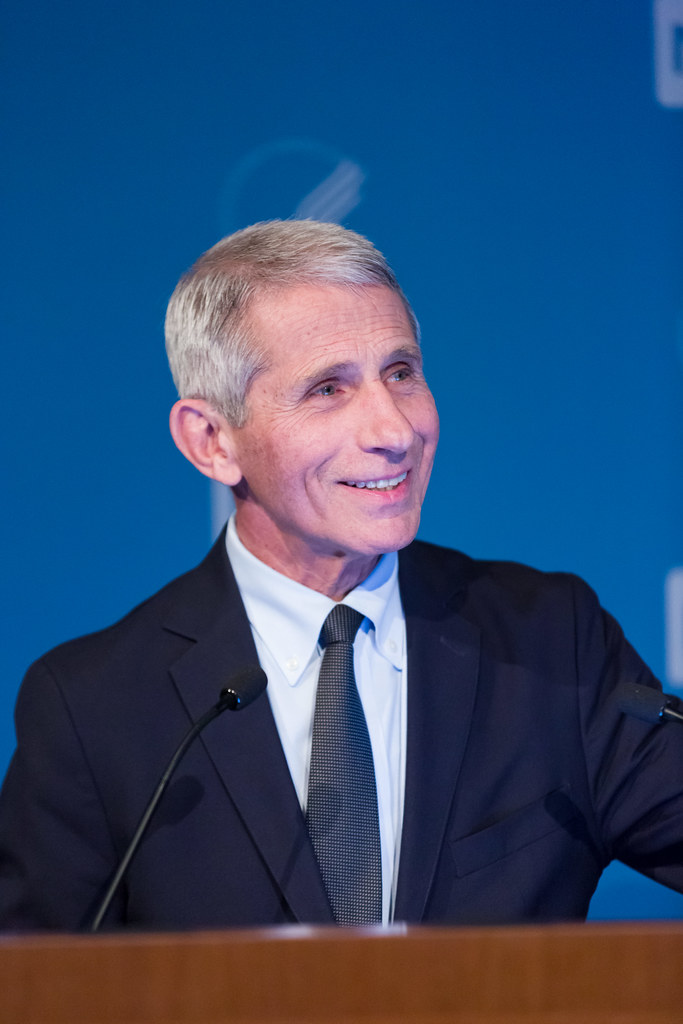 Many experts believe the COVID lockdowns and mandates were just a test run.

And Fauci’s fanatics relish the thought of more government crackdowns to come.

So of course, Dr. Fauci was grinning ear-to-ear when Joe Biden made one sick prediction.

The only thing for certain about how the government handled COVID was that they handled it wrong.

The damage done to both the U.S. economy and the American people may never be fully understood.

And it all could’ve been avoided if government officials, politicians, and Dr. Anthony Fauci had actually followed the science instead of their own ambitions.

The desire to use COVID to increase government power (and their own personal power) overrode public and mental health concerns, scientific data, and worst of all, common sense.

Jobs were lost, businesses closed, schools shut down, and freedoms taken as both the federal and state governments decided to see just how far they could push Americans into accepting despotic government control over their lives.

It got so bad, Dr. Fauci gained actual cult-like followers and they became known as “Fauci Fanatics.”

And let’s not forget the use of COVID for increased spending.

The federal government alone spent billions upon billions in taxpayer money, most of it wastefully, to “fight the pandemic.”

But not more money for COVID.

Biden wants more money from Congress to fight what he calls “the second pandemic.”

Clips of Biden making the creepy pronouncement have been going viral on social media with one version already garnering over a million views.

And his exact words are scarier than you might think; “We need more money to plan for the second pandemic. There’s going to be another pandemic.”

He isn’t suggesting – he is predicting.

And how does he know there’s going to be a second pandemic?

Perhaps the same way Bill Gates, Dr. Fauci, and Communist China seemed to know there was going to be a first one?

While the world has seen numerous pandemics in its history, rarely has a second one started before the first one’s even finished up.

For Joe Biden to make such an outrageous statement is causing quite a stir in D.C. and on social media.

Most believe it’s just “Joe being Joe,” making outrageous statements not even knowing what he’s saying.

But some believe he knows exactly what he’s saying and is well-aware that a second, very well-planned pandemic is on its way.