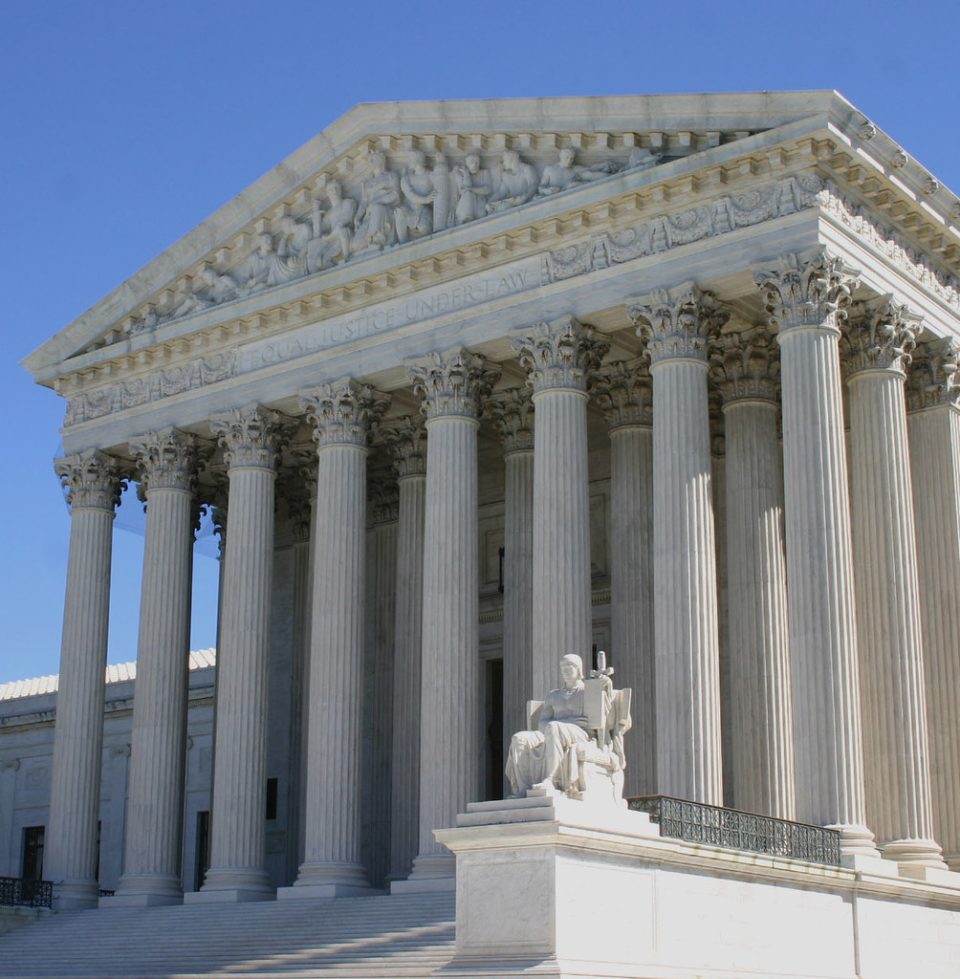 "US Supreme Court" by dbking is licensed under CC BY 2.0.

Meanwhile, Democrat members of Congress are literally calling for violence in the streets.

The recent series of Supreme Court decisions has the left tearing their hair out and their hypocrisy rising to levels higher than ever.

At the very same time the left is calling for the arrest and conviction of GOP lawmakers for merely speaking on January 6, Democrat members of Congress are urging violent rioters to “take to the streets” in response to the Supreme Court overturning Roe v. Wade.

And possibly no one has been more vocal about it than everyone’s favorite bartender-turned-congresswoman, Rep. Alexandria Ocasio-Cortez (D-NY).

Just two days after the Court’s ruling, AOC demanded the Supreme Court Justices pay the “consequences” for participating in a “hostile takeover” of American democracy.

Ocasio-Cortez made the inflammatory statement on NBC News’ “Meet the Press,” adding that the United States is facing a “crisis of our democracy” because the Supreme Court overturned Roe v. Wade.

Well, her first problem is we are not a democracy.

The United States is a Constitutional Republic, established with three separate branches of government, of which, the judicial branch is one of them.

But that didn’t stop AOC from rambling on about “democracy” and a host of other issues she clearly knows nothing about.

Specifically, AOC made the outrageous claim that multiple Supreme Court Justices had lied during their Senate confirmation hearings.

“If we allow Supreme Court nominees to lie under oath and secure lifetime appointments to the highest court of the land and then issue without basis — if you read these opinions — issue without basis, rulings that deeply undermine the human and civil rights of the majority of Americans, we must see that through,” Ocasio-Cortez shrilly charged.

“There must be consequences for such a deeply destabilizing action and a hostile takeover of our democratic institutions.”

“To allow that to stand is to allow it to happen,” she said in an uber-serious tone.

The New York Democrat was unable to explain how abortion precedents were overturned “without basis.”

However, later in the interview, AOC said she thinks lying under oath is an “impeachable offense” – clearly suggesting the Justices should be impeached for lying.

Her claim is that they had previously agreed that Roe v. Wade was a court precedent which had been reaffirmed by Planned Parenthood v. Casey.

And while they did say that – and it was, in fact, the truth – it does not in any way stand as a promise on how they intend to vote on a future case.

None of the Justices ever explicitly stated they would vote to uphold Roe v. Wade should the issue of abortion come before the court in the future.

Of course, facts, truth and logic are not subjects AOC, nor the left in general, is familiar with.