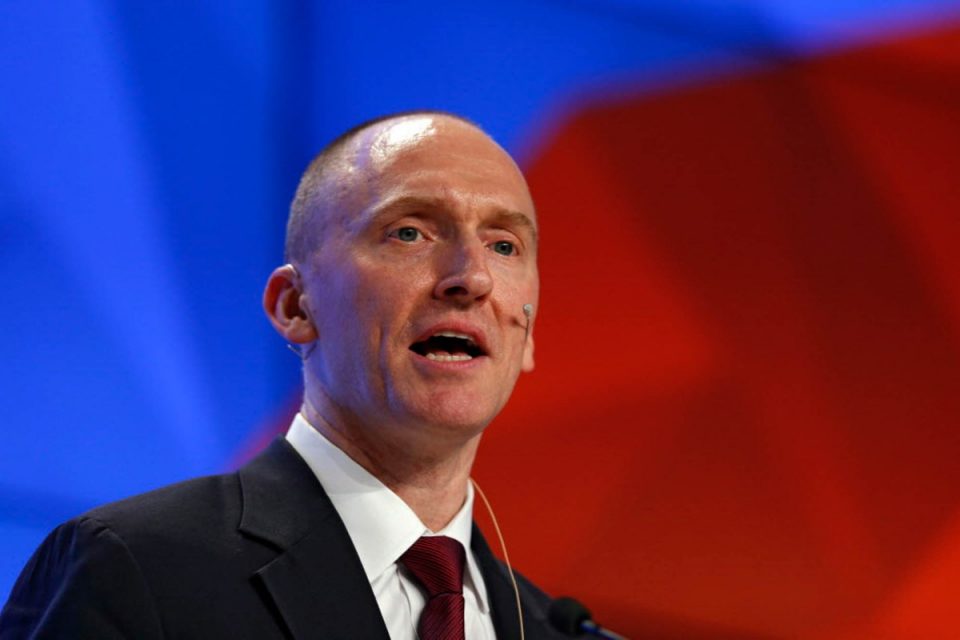 Democrats are desperate to prove Donald Trump colluded with Russia to “steal” the 2016 election from Hillary Clinton.

One linchpin of the flimsy Russian collusion case is the surveillance of former Trump adviser Carter Page.

But the foundation for the warrant against Page should be deeply concerning for all Americans.

Democrats are great at creating narratives.

It helps that they have an entirely complicit mainstream media and Hollywood PR machine behind them.

Perhaps the biggest false political narrative ever spun is that Donald Trump colluded with the Russians to usurp Hillary Clinton’s claim to the throne.

After two years of media inundation, nobody is really clear where the story came from.

The bedrock of the narrative centers on former Trump foreign policy “expert” Carter Page, who had trivial connections to Russia.

Page was a low-level foreign policy guy who had a cup of coffee with the Trump campaign as it looked for someone with more heft.

Page reportedly was an option only because the foreign policy community had been poisoned against Trump by the media and a handful of think-tanks.

Trump had yet to secure the GOP nomination, and was still considered a dark-horse candidate, especially with Hillary Clinton’s assured victory looming in the general election.

However, Page—described as an “idiot” on a Russian intercept—got built into a cunning, nefarious character by the mainstream media.

He was supposed to be the go-between for Trump and the Kremlin.

After all, Page must’ve been dirty if the Foreign Intelligence Surveillance Act (FISA) court authorized a tap on him.

But there’s one major problem.

The basis for the FISA warrant on Page was the Steele Dossier—a document with many bogus claims against Trump—commissioned by research firm Fusion GPS.

That means Hillary Clinton essentially provoked the FISA court to spy on her political opponent.

The FISA application included a footnote that the underlying material for the warrant might’ve come from a political opponent of Trump, but it certainly didn’t say it came directly from the person vying for the same office.

Supporting “evidence” for the FISA warrant were various media reports, but many of them derived from the Steele Dossier.

This is a scary scenario.

Apparently, oppo-research from a political adversary can be used as a pretext to violate privacy rights.

This echoes abuses undertaken by the Soviet police.

People were encouraged to inform on friends, family, and foes for crimes against the regime; due process didn’t exist.

The great irony of the collusion narrative is that the Clintons had much stronger ties to Russia than Trump.

As Secretary of State, Clinton oversaw the sale of the mining company Uranium One to a Russian state-run energy firm.

After the lucrative deal, Bill Clinton received $500,000 for a speech from a Kremlin cutout firm.

Also, Clinton campaign chairman John Podesta was the head of a firm that lobbied on behalf of the largest Russian bank controlled by Vladimir Putin.

Democrats are the masters of creating narratives.

They’re all the masters of projection.

New York Is Scamming Motorists In An Awful Way

Massive Censorship Is Happening In One Major Liberal Institution