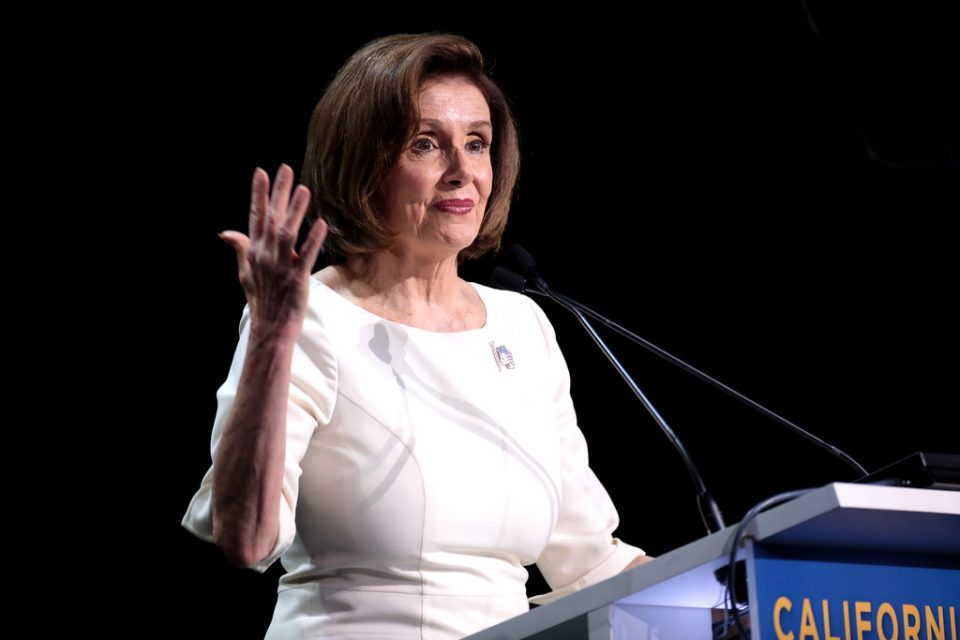 The January 6th Committee is a sick joke and waste of money.

Even the Democrats realize they can’t get to Donald Trump.

So now Nancy Pelosi wants to take down Clarence Thomas instead – here’s how.

The sham January 6 Committee continues its circus even though the Chairman of the Committee himself has stated no charges will be brought against Donald Trump.

The entire committee and its show trial is nothing but an attempt to take Americans’ attention away from Joe Biden’s disastrous presidency.

But now, Nancy Pelosi has found a way to try and use the committee for a much more nefarious purpose.

With the likelihood that the Supreme Court will overturn the abhorrent Roe v. Wade decision, Democrats are scrambling to find a way to go after the Court itself.

Democrats know they’re headed for major trouble in the midterms this fall (unless the Republicans continue with their path of self-destruction), so they’re trying to use their majorities in Congress to change the law and give them permanent political power.

Permanent legislative and executive power through their election rigging schemes, and permanent judicial power by packing the Supreme Court.

Of course, there is no Supreme Court Justice more hated by the left than Justice Clarence Thomas – the Court’s longest-serving and most-consistently conservative Justice.

And they’re trying to take him down by going after his wife, Ginni.

Ginni Thomas has been a well-known conservative activist for decades and is currently caught in the crosshairs of the January 6 Committee.

During an appearance on MSNBC’s The Last Word, Senator Sheldon Whitehouse (D-RI) called for a full investigation into Ginni Thomas over text messages she allegedly sent regarding the 2020 Presidential election.

“If you look at the Ginni Thomas situation right now that you were describing earlier, it seems to me that when you have the spouse of the Supreme Court Justice now repeatedly connected with an insurrection against the country and now connected with an individual who is so deeply in trouble that a White House, a Trump White House legal counsel advised him to get a criminal defense attorney, that if you are going to go to DEFCON 1 over the leak of a draft opinion, you might want to consider going to DEFCON 3 or 4 or 5 and start investigating within the court what the heck is going on here.” Senator Whitehouse said.

“So there is another big investigative gap in this space and the Supreme Court being unwilling to look at its own problems as regards Justice Thomas.”

“It is time to look at this mess because of Justice Thomas’s vote that would have disabled or diminished the ability of the January 6 Commission to look into evidence that we now know would have led to his wife,” Whitehouse added.

Well now we know that in addition to publicly urging riots and violence over Roe v. Wade, the left will go after a sitting Supreme Court Justice by using his wife as proxy.

The left will stop at nothing to keep the right to murder children.