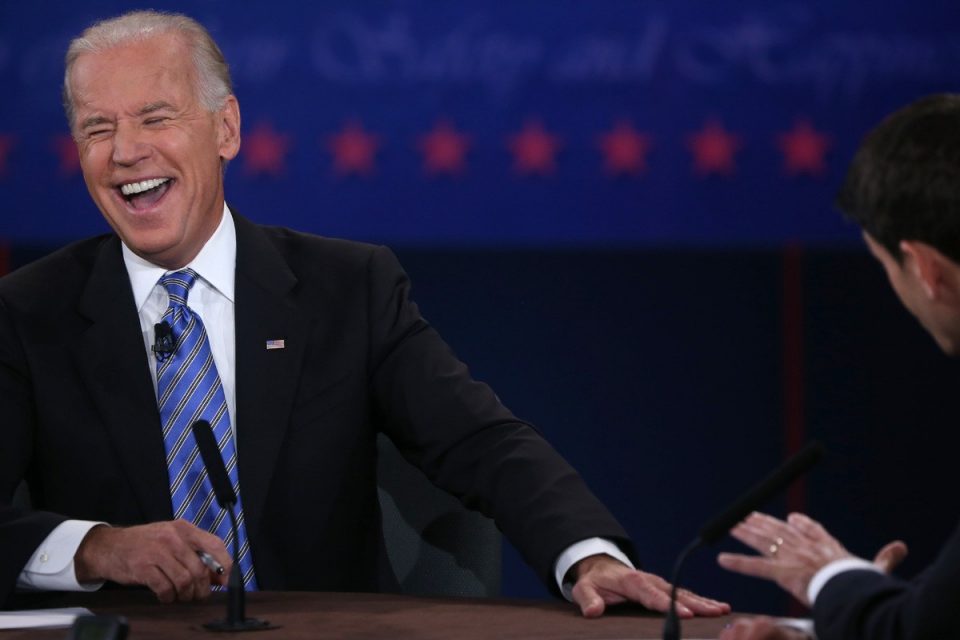 This 2020 presidential candidate is facing widespread scorn over his dealings with this foreign government.

And he bragged about it.

One ugly scandal from his past means this Trump challenger is finished.

Joe Biden was already in hot water after one Democrat candidate accused him of improper touching.

But then it got worse.  Shortly after the first woman, it was reported there was another one, then two more.  Now the count is up to 7 women making accusations of improper and unwanted touching by Biden.

As if that weren’t enough to derail his fledgling presidential campaign, now a new scandal from his past has come back to haunt him.

And this could be the straw that breaks the candidate’s back.

Unbelievably, it was Biden himself who broke this story wide open last year.

Last year, Biden spoke to the Council on Foreign Relations, an exclusive one-world government think tank whose members include a who’s who of powerful global corporations, politicians and wealthy individuals.

During this speech, Biden couldn’t seem to help himself and started bragging about the time as Vice President that he strong-armed Ukraine into firing its top prosecutor.

As reported in The Hill:

“Biden described how he threatened Ukrainian President Petro Poroshenko in March 2016 telling him the Obama administration would pull $1 billion in U.S. loan guarantees, sending the former Soviet republic to toward insolvency, if it didn’t immediately fire Prosecutor General Viktor Shokin.

“’Well, son of a bitch, he got fired. And they put in place someone who was solid at the time,’ Biden told the Council on Foreign Relations event.”

As bad as all of this is, it turns out there is far more to the story.  And it only gets worse for Biden.

It turns out the prosecutor he had fired was leading a large-scale corruption investigation into a natural gas firm called Burisma Holdings. And one of Burisma’s board members was none other than Hunter Biden, Joe Biden’s youngest son.

Now it’s one thing to strong arm a foreign government when vital US interests and national security are at risk. It’s quite another to do so to help out your son.

This entire episode will quite possibly mean the end of Biden’s yet to be announced presidential campaign.

But it should go further.   Biden’s illegal actions on behalf of his son should be investigated and prosecuted. It is becoming clearer every day that Biden is neck deep in shady overseas dealings with his allies Barack Obama and Hillary Clinton.

While Democrats have been scurrying around running witch hunts against Donald Trump, Biden, Clinton, Obama and their whole cadre of conspirators have thus far gotten off scot-free.

That is now likely to change as Ukrainian officials have asked Attorney General William Barr to look into the Biden shakedown.

We will keep you posted on this story.