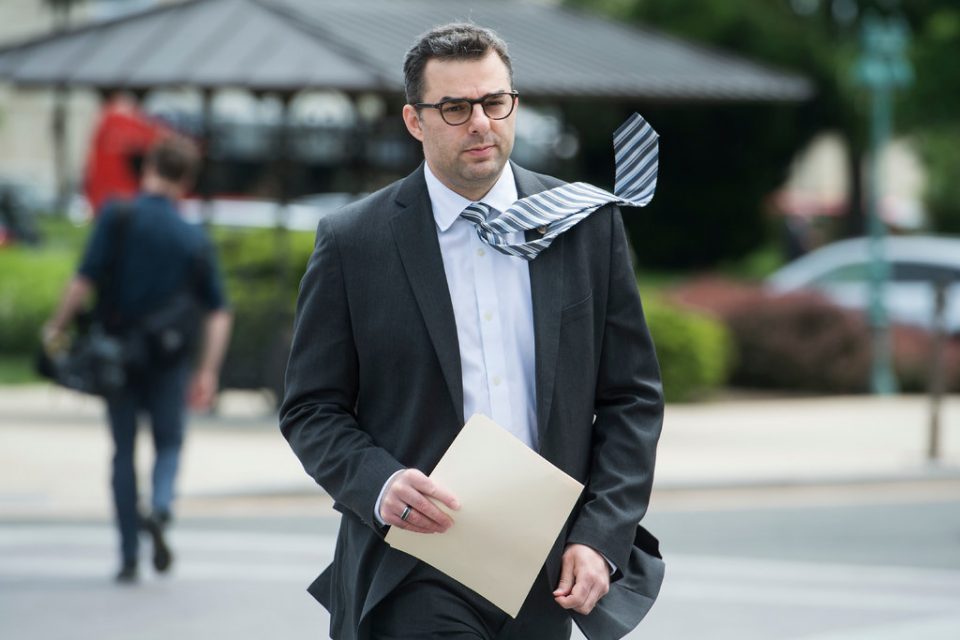 The “principled” Congressman is facing a strong primary challenge.

So now, Amash got the news he feared the most.

There is one thing all politicians of every stripe agree on: no opposition in a re-election campaign is the ultimate goal.

And when Congressman Justin Amash (R?-MI) announced he supported impeachment of President Trump, he immediately got a challenger.

But, while many conservatives were surprised by Amash’s move which all but assured him the strong primary challenge, others who have known Amash the longest weren’t surprised at all.

As one Amash supporter said; “There has always been a fine line between libertarian and liberal, and Justin Amash crossed that line a long time ago.”

“The struggle between more constitutionalist libertarians and radical leftist libertarians has raged for decades, and by his action Amash has shown where he stands,” continued the supporter who wished to remain anonymous.

Many have pointed to Amash’s 2017 vote to support taxpayer dollars to fund elective surgeries for transgender military personnel.

In 2017, Amash joined 190 Democrats and a handful of liberal anti-Trump Republicans to vote down a proposal by Rep. Vicky Hartzler (R-MO) to deny federal funds for the elective surgery of military personnel claiming they are transgender.

This seemed like a strange vote for Amash, who claims to be the most consistent opponent of unconstitutional and wasteful federal spending in Congress.

Before the vote, Congresswoman Hartzler had this to say about her amendment:

“We must confront these challenges by ensuring our defense dollars maximize the military’s readiness and lethality, that is why I’m offering an amendment to advance these goals by prohibiting taxpayer dollars from funding gender reassignment surgeries and related hormone therapy treatment for members of the military and their dependents.”

The measure could have saved taxpayers up to $3.7 billion by refusing to indulge these potentially mentally ill individuals with genital mutilation surgery and other health care services pertaining to their condition.

The supposed fiscal conservative voted in effect to expend federal funds on this social experiment.

And amazingly, after feeling the heat from his constituents and even his most ardent libertarian supporters over this vote, Amash at first weakly claimed it was a “principled” vote, then passed the buck by blaming former Defense Secretary James Mattis.

“Sec. [James] Mattis and the White House urged us not to adopt Hartzler Amendment [and] all the administration wants is three months to review everything,” he said.

Neither Gen. Mattis nor the Trump administration has ever confirmed Amash’s statement. And, even if true, it does not seem plausible that Amash, who has emerged as the top opponent to Trump in the Republican Party, would take orders from his White House, especially over a spending issue.

Amash may in fact be “principled,” but one has to wonder, what principles?

What do you think? Should Amash face a primary challenge next year?