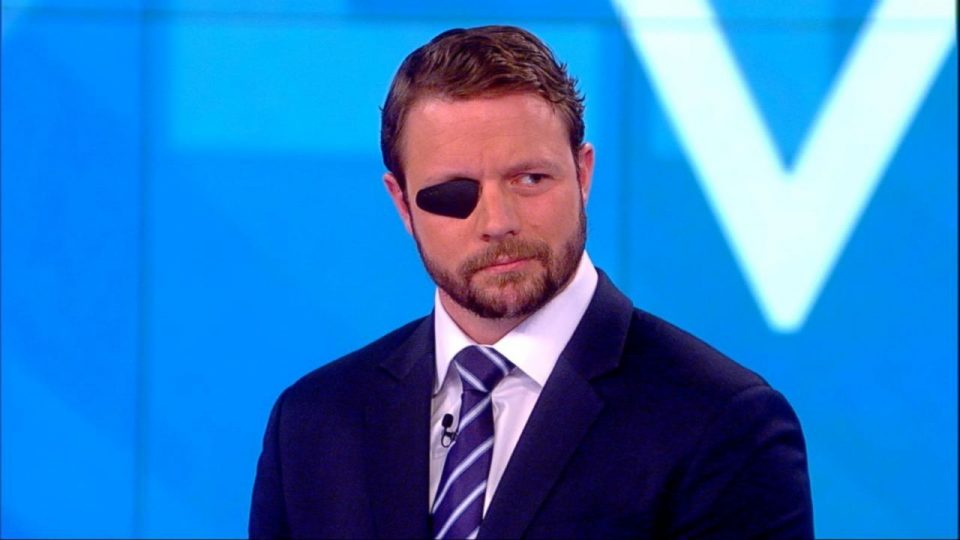 Our Constitution is under attack from radical Deep State politicians in both parties.

The recent devastating mass shootings have brought out the anti-Constitution zealots en masse.

But now, this popular and usually conservative GOP Congressman has played into a Deep State trap by supporting a dangerous law.

Crenshaw, who lost an eye in combat while serving as a Navy SEAL, vocalized support for this law following the senseless acts of violence that took place in El Paso, TX, and Dayton, OH.

His support for this dangerous law is concerning for several reasons.

The first reason is apparent – Americans place their faith in conservative politicians to protect our rights.

And the second reason is that Congressman Crenshaw appeared to be one of the last remaining members of Congress, along with Thomas Massie and a handful of others, who truly values constitutional liberties.

Well, appearances can be deceiving, and in this case, Crenshaw outed himself as a Deep State pawn when he said the government should have the right to take away a person’s firearm before they’ve committed a crime.

In a tweet, Crenshaw said that in order to combat the kind of violence that plays out in these mass shootings, law-abiding citizens should be subject to preemptive firearm confiscation.

Crenshaw stated: “The solutions aren’t obvious, even if we pretend they are. But we must try. Let’s start with the TAPS Act. Maybe also implement state “red flag” laws, or gun violence restraining orders. Stop them before they can hurt someone.”

Under what color of law could this happen, you may wonder?

People’s guns could be seized through the passage of a federal red flag law, as well as another law known as the TAPS Act.

Red Flag laws and the TAPS Act fly in the face of the constitutional protections Americans enjoy under the 4th Amendment.

Shortly after the Parkland shooting in Florida, several states passed red flag laws which give law enforcement the ability to confiscate a person’s firearms if they’re deemed to be a threat to themselves or others.

But, Red Flag laws aren’t mandated by the federal government – yet.

The TAPS Act, however, is a newer threat to our rights and liberties and has bipartisan support at the federal level.

Introduced by Thom Tillis, along with Senators Marco Rubio (R-FL) and Kyrsten Sinema (D-AZ), the Threat Analysis Prevention and Safety (TAPS) Act of 2019 would allow the federal government to create a registry of “possible criminals” they can look into at any time and seize their firearms.

Essentially, it categorizes people by their threat risk and then gives the government an un-enumerated power to violate their 4th and 2nd Amendment rights by confiscating their guns without due process.

Obviously, a bill like this has Deep State written all over it.

So, it’s sad to see a veteran of an elite combat unit who had so much promise fall into a political trap and endorse it.

Perhaps Crenshaw is no different than the politicians he claimed to revile. Maybe he’s little more than a shill and was bought just so he could be elected.

No matter what the reason is, if he supports these laws going forward, he’s a threat to liberty no questions asked.