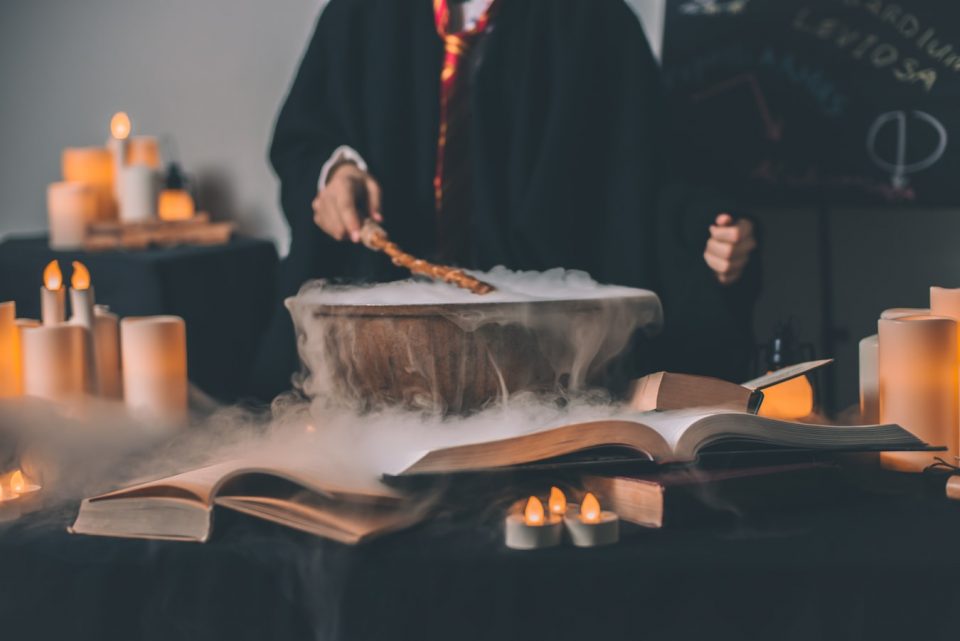 With the exception of Islam, it seems every single religious institution faces various attacks for how they conduct their spiritual practices.

But just because the major religions of the world are used as cannon fodder by the elite here in America, doesn’t mean religious followers are always above reproach.

And this disturbing act by a Catholic school priest should make Americans very worried.

In a move that seems quite archaic to many, a private Catholic school has banned students from bringing one of the most popular books of all time into classrooms.

To be clear, this is a private school and they are free to allow or ban anything they deem appropriate. It is their right and we do not challenge that.

Instead, we are challenging the reasoning, or lack thereof, behind the ban of this particular book.

The school’s theory is that the book could open up a portal to the netherworld and allow demonic activity to abound among the students.

That might make sense if the book was the Necronomicon…

But this is Harry Potter we’re talking about.

Rev. Dan Reehil, a priest at St. Edward Catholic School in Tennessee, sent an email to parents over the weekend requesting that students not bring Harry Potter books to school.

As you likely know, Harry Potter is one of the world’s most widely-read children’s book series of all time.

And while it’s filled with tales of wizards, monsters, and magic, everything is entirely made up, and for most Christians (Catholics included), fairly tame and child-appropriate.

And for many, it falls into the same category of books such as J.R.R. Tolkien’s Lord of the Rings – which are accepted almost universally by Christians.

But Rev. Reehil believes the curses Harry Potter author, JK Rowling, wrote out in her seminal masterpiece pose a real danger to the spiritual well-being of both children and adults.

He went on to say, “These books present magic as both good and evil, which is not true, but in fact a clever deception. The curses and spells used in the books are actual curses and spells; which when read by a human being risk conjuring evil spirits into the presence of the person reading the text.”

Reehil is entirely off base in his proclamations.

Firstly, if it were true that the spells documented in the Harry Potter series could levitate inanimate objects or make a person vomit slugs, you can be sure children everywhere would be doing so.

Actually, I’m quite certain I know a number of adults who would also.

Reehil’s attempts to ban Harry Potter books aren’t grounded in reality, but are instead a classic form of religious censorship based on nothing other than fear and control.

His actions harken back to a time when the Catholic Church was better at book burning than they were at anything else. Remember Martin Luther?

The fact that, in this day and age, the head of a religious school could have such medieval views should worry many.

And we must also ask if Rev. Reehil also bans The Hobbit and The Lord of The Rings trilogy.

Because in addition to being literary masterpieces, they are also filled with black magic, spells, and creatures like trolls, elves, dwarfs, not to mention dragons, and walking and talking trees.

In fact, one could argue that with the violence in those books, they are more harmful to children than Harry Potter.

But, it shouldn’t be a circumstance that causes significant strife.

More than 15 years ago, when Rowling was publishing new editions of the Harry Potter books, there was far more resistance.

Hundreds of schools (mostly all private), succeeded in banning the books because they feared the same thing Reehil does – that somehow the books serve as pathways to the involvement of a cult.

Fortunately over the past decade, people have grown more tolerant of allowing children to enjoy this obvious work of fiction.

Of course, as mentioned above, this is a private school and they are free to ban anything they want and operate under their own guidelines.

But, one can only hope we don’t see a resurgence in this kind of censorship, because if we do, America really does have something to worry about.

Already the socialists and radical left are promoting their own banning, rewriting, and literal burning of books.

We certainly don’t need Christians adding fuel to the fire.