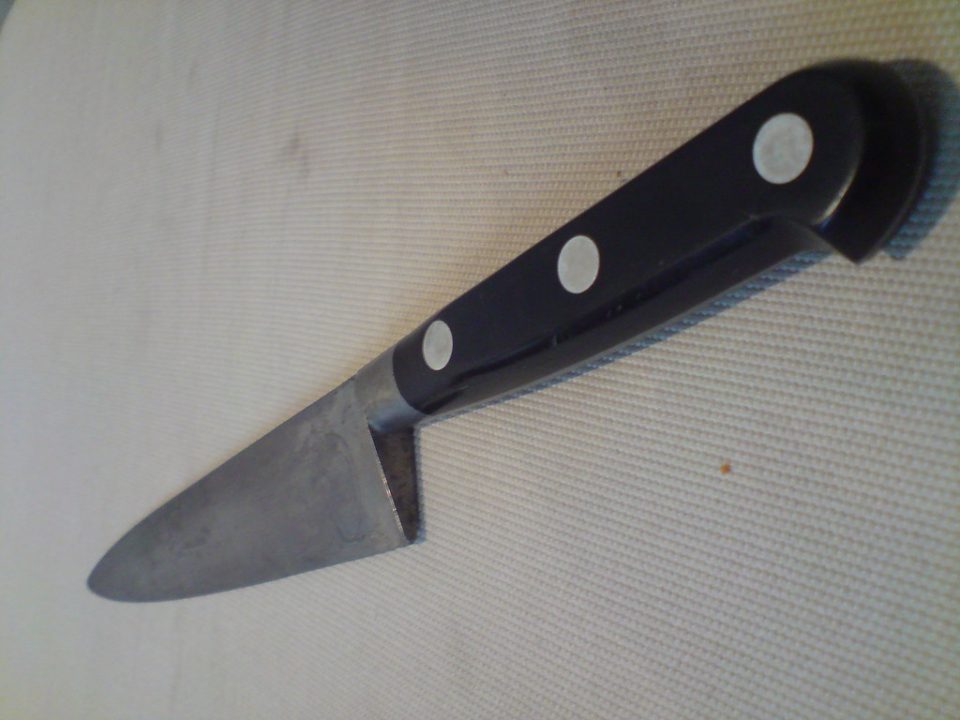 In 2011, noted academic Steven Pinker wrote a book that showed the 21st century as being the least violent time in history.

And while he claims the reason behind this is because we’ve evolved to be less violent, it’s more likely due to the fact that most people are better armed and better defended than ever before.

Which is why the ridiculous war on weapons needs to stop – but instead it’s getting crazier because it’s now illegal to take pictures of “big scary looking knives” in this city.

The war on assault weapons (a made-up term used for propaganda purposes) is in full swing here in the U.S. As we write this, the House is prepared to vote on a full-on assault rifles ban.

In England, the ban on firearms has been in effect for years.

What the Brits noticed after passing firearms bans wasn’t that crime went down. Violent crime continued to stay the course – it just came in the form of acid attacks and knife attacks.

Noticing that, the British government decided the next step was to ban knives. So they did that.

And when knife crime still didn’t go down?

As ludicrous as it sounds, two police departments in England have decided the best way to decrease violence is to make sure that people never see the “brutal blades” they pull off the street.

“A spokesman for Thames Valley Police said: “We have made the decision to stop publicizing images of seized knives to help reduce the fear of knives and knife carrying in our local communities.”

But [the decision] it has sparked an outcry on social media from the people it is meant to “protect.”

“Or something so everyone can imagine the world is just lovely.”

The ruling by Thames Valley and Surrey forces comes during a week-long nationwide amnesty.”

While it may seem no big deal that pictures of knives would be banned in England, we must always remember that what happens in Europe tends to cross the ocean and take root here.

Almost all policies that start in Europe are eventually adopted over here, even if in bits and pieces.

Consider that in the span of a few short years, the number of gun laws in America have multiplied more than 400%. And many of them are styled after Europe’s gun laws.

But many Brits recognize how pathetic these kinds of laws are.

One Brit blasted the PD on social media, saying: “I would have thought all the violence on TV and in films would scare people more than a picture of some knives. This decision, in one word, is pathetic, and the same word applies to the snowflakes who are scared when they look at it.”
Another wrote: “The next logical step would be to stop calling them knives, I guess. That would be the ultimate measure in stopping the knife crime.”

Sadly, the snowflakes in countries all across the world are winning.

As the insanity progresses, it may soon be illegal to own even a butter knife.

Fears of Violence in the Streets, Brutal Police Crackdowns, and a Looming Socialist State