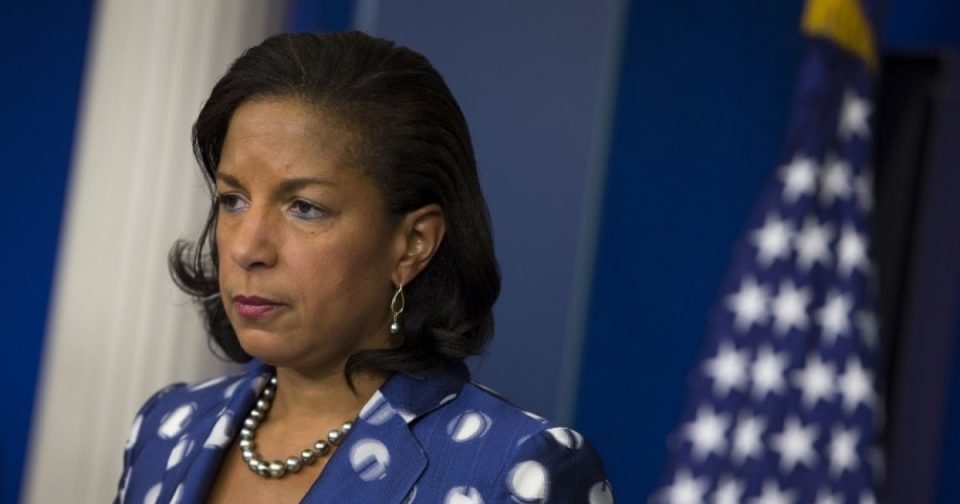 Federal employees are violating the law and actively working against the President of the United States.

Many have downplayed the existence of such a cabal within the federal government.

But employees caught on camera confirm that the “Deep State” is real.

The Deep State, a loose network of bureaucrats who have interests independent of the administration in power, should concern everyone.

Every four years, the American people participate in the electoral process and expect a peaceful transfer of power.

What the people don’t expect is a hive of unelected federal employees undermining the President’s agenda.

There are a few instances of high-profile Barack Obama loyalists who worked against Donald Trump’s campaign and transition team before he took office.

Rice excused her behavior before a Congressional committee saying she was tracking an official from UAE.

Samantha Power, former U.N. Ambassador, was also responsible for 260 unmasking incidents during 2016, the majority of which occurred after the November election.

She sloughed off the misconduct by saying intelligence officials made the unmasking requests in her name.

So either Power was responsible, or the rot is even deeper and more diffuse.

Videos recorded by independent watchdog group Project Veritas now suggest that the rabbit hole may not have a bottom.

Project Veritas dispatched journalists to secretly record members of the federal government who openly boasted about subverting Trump and the country itself.

One of the Deep State swamp creatures was Stuart Karaffa, a management and program analyst with the Bureau of Overseas Buildings Operations.

Karaffa is also a member of the Democratic Socialists of America (DSA), a group that endeavors to bring socialism to America through incremental change instead of the violent revolutions seen around the globe in the 20th century.

Some of their party platforms include abolishing profit and borders.

If the DSA had it their way, America would devolve into another socialist hellscape like Venezuela—a country once touted as a beacon by the international left.

Karaffa admitted his anti-Trump bias on camera and said that he and fellow colleagues within the government “resist everything” at “every level.”

Karaffa said he wanted to “f*ck sh*t up,” and also bragged, “I have nothing to lose. It’s impossible to fire federal employees.”

According to the Hatch Act, federal employees are not allowed to engage in partisan activity while on duty.

Jessica Schubel, former chief of staff of Centers for Medicare and Medicaid Services, admitted on camera that she shares confidential information with other departments.

She said, “It’s kind of like the Nixon, deep throat type of thing…There’s a lot of talk about how we can like, resist from inside.”

Allison Hrabar, another DSA member, worked as a paralegal in the Department of Justice.

Hrabar confirmed people within the government are intentionally slowing down the process.

“We have a member who works for the people who distribute food stamps, and they can like take that away, and they’re slowing what they do,” she said.

Hrabar also participated in a mob that chased Homeland Security Secretary Kirstjen Nielsen out of a restaurant.

And similar to Karaffa, Hrabar boasted, “At the DOJ, we can’t really get fired.”

Natarajan Subramanian, a DSA member and an avowed communist who ironically worked for the Government Accountability Office (GAO), parroted Hrabar’s message of jamming up the process.

Subramanian said, “If you’re in an Executive Branch agency, you can slow-ball things to a degree, that it’s like ineffective.”

Subramanian admitted there are others like him entrenched in the government.

He continued, “I have a friend who works as a contractor for DOD, and he has [top secret] clearance and he’s very active in DSA.”

Subramanian also confessed to lying to the GAO about his affiliation with the DSA.

He said, “It’s a community organization. We do this, we do that. I wasn’t like, it’s a socialist organization and we want to, you know, destroy capitalists.”

Thomas Sheehy, yet another DSA member and who worked as a tax examiner for the IRS, disclosed misconduct within the agency committed by former Commissioner John Koskinen.

Sheehy said, “[Koskinen] got a lot of flak for giving increased scrutiny to these Tea Party groups…Conservatives got really mad at him…He was so cool though because he deleted all the emails so they couldn’t hold any evidence against him.”

Sheehy also lamented his own inability to do more damage to America.

He said, “Unfortunately, I am not allowed by the bylaws of my union to go against the Constitution…They prevent us from doing anything interesting.”

This just scratches the surface of the deep and abiding corruption occurring by the hands of the Deep State.

These people do not serve the President objectively, and in some stark examples, even serve a radical anti-American agenda.

The FBI Did Something Deeply Troubling To The Trump Campaign

The Clintons Have A Long History Of Corrupt Behavior