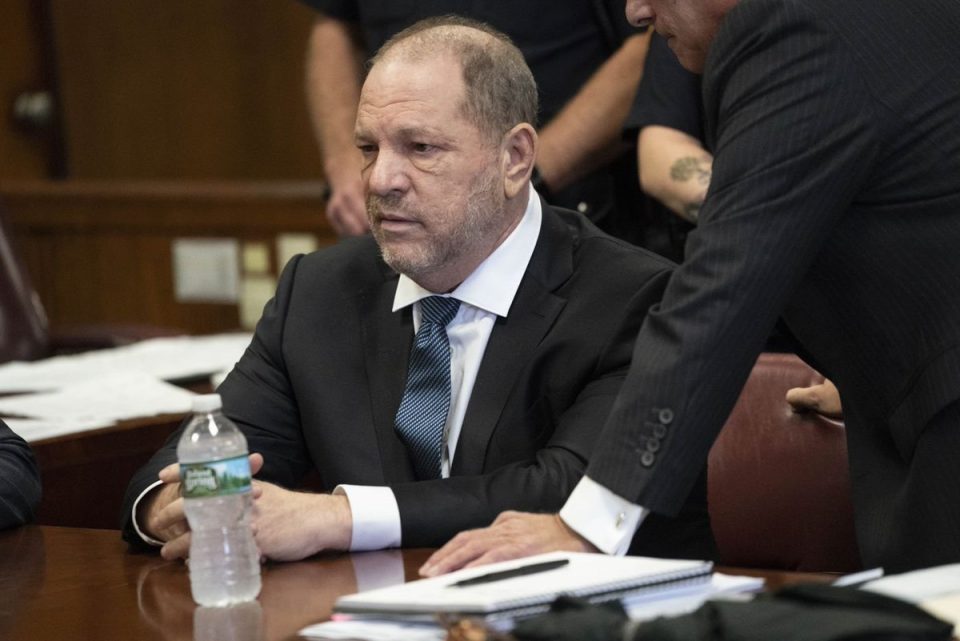 One thing is for sure, if you’re a part of the Clinton machine then you can get away with whatever you want.

It’s been happening for decades. If you’re a part of the Clinton wheelhouse then the law doesn’t apply to you, and that certainly went for disgraced super-producer Harvey Weinstein who is now charged with multiple sexual misconduct felonies and awaiting trial.

But there’s something really strange happening in the Manhattan District Attorney’s office overseeing his cases that prove that the Clintons’ overreaching hands extend beyond normal procedure for their Democrat friends.

Harvey Weinstein was one of the most powerful people in Hollywood but then his decades of alleged sexual abuse were uncovered at the height of the Me Too Movement.

Weinstein was charged with six sexual charges including rape in the first and third degree.

And he was actually granted a million dollar bail for these extreme charges when there is absolutely no way anybody else would’ve been granted the same leniency.

No, it’s because he’s Harvey Weinstein and he’s been the Clintons’ boy that spans decades. There are pictures of them schmoozing at Galas and parties all over the internet.

Harvey Weinstein has not only donated millions of dollars to both of them throughout the years but he’s also hosted fundraisers that raised millions more for them.

That’s probably why things in the prosecutor’s office are getting tricky, to say the least.

Her party took place just one day before ADA Rachel Hochhauser, who was ‘second chair’ on the Weinstein trial team, also departed the DA’s Office for a job at a private investigations and security firm.”

Both Gaffney and Hochhauser comprised of half the prosecutors’ team.

But the reason why they “resigned” is suspicious at best.

But DiGaudio disputed the allegations claiming that he told the prosecutors office not once but multiple times.

What happened is that two prosecutors resigned and it forced the DA’s office to drop one of Weinstein’s six extreme charges.

Someone is trying to protect Harvey Weinstein and it’s possible that somebody was paid off.

Harvey Weinstein is worth a lot of money.

But Clintons have the money, power and influence.

Would they go to any lengths to protect their biggest booster who supported them for their entire careers?

Abedin’s husband was former Democratic congressman Anthony Weiner who was arrested and convicted for sending lewd graphic photos to a minor.

Weiner’s sentencing was a measly 21 months in jail.

If it was anybody else then they would’ve gotten three times that amount of time at a very minimum.

But since he’s connected to the Clinton machine then it’s likely he got a lenient sentence.

Now that the Me Too Movement has occurred, prominent Democrats know they have to distance themselves from those accused even if they were loyal to them for a long time.

That’s why there are a lot of things going on behind the curtain that you won’t ever see.

The Clintons have done that for a long time.