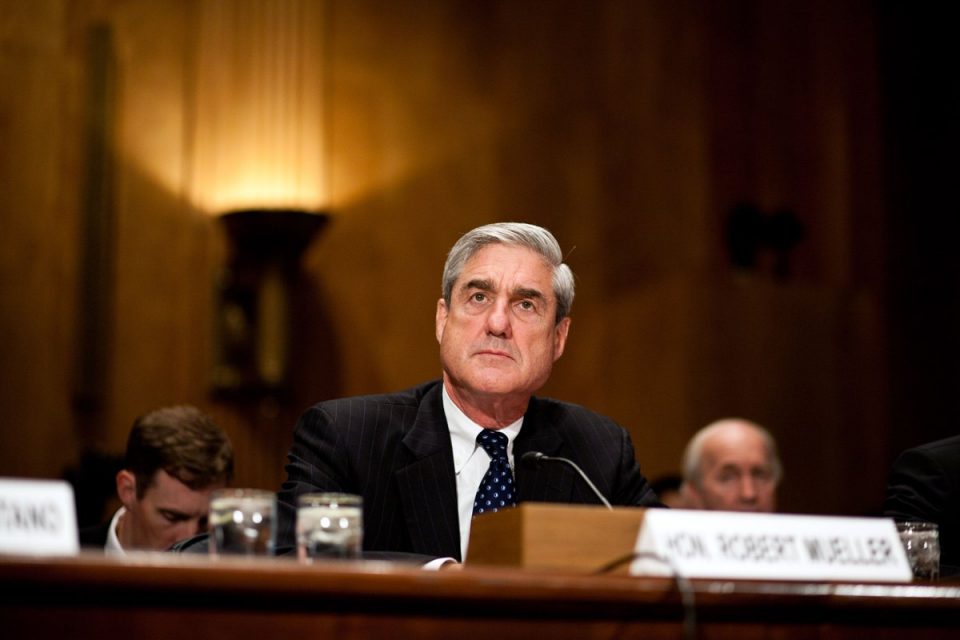 Time is running out for Robert Mueller and his rigged witch hunt.

The special counsel will be submitting his final report to the Attorney General any day now.

And one of Mueller’s biggest allies made a stunning confession that Donald Trump could not believe.

For two years now, every story about alleged Russian collusion included a careful caveat that investigators turned up no evidence of coordination between the Trump campaign and the Russian government.

But that did not stop the fake news media from also adding to their story that now that Robert Mueller was on the case, no one knew what evidence the special counsel accumulated.

And every time Mueller indicted Russians in fake P.R. stunts the special counsel also included language in the charging documents making it clear that no Americans were involved in the alleged hacking or election interference.

Yet in the write-ups of those stories, the fake news “reporters” would once again include language about Mueller not yet showing all his cards so that their liberal readers could buy into the fairy tale that tomorrow would be the day Robert Mueller brought down Donald Trump once and for all.

But you can only stall for so long.

And now the bill is due.

With Mueller set to turn in his final report to new Attorney General William Barr, Mueller’s allies in the fake news and Democratic Party are launching a coordinated messaging campaign to lower expectations because they know the Mueller report will be a dud.

His bug-eyed presence became a staple of the media landscape.

And he eagerly provided the fan fiction the CNN and MSNBC hosts, as well as viewers, lapped up.

Schiff routinely promised evidence of collusion that would be delivered at some future point down the road.

But now even he is softening his position.

“You can see evidence in plain sight on the issue of collusion, pretty compelling evidence. Now, there’s a difference between seeing evidence of collusion and being able to prove a criminal conspiracy beyond a reasonable doubt,” Schiff said during the CNN interview.

Even Marshall Cohen – one of fake news CNN’s biggest proponents of the Russian collusion conspiracy theory – called Schiff out.

“Schiff is moving the goalposts a bit here as Mueller winds down, saying there is proof of collusion but not necessarily in a criminal sense,” Cohen wrote.

This talking point was clearly coordinated between the Democrats and their allies in the fake news media.

Journalists Chris Cuomo and Jonathan Karl had previously reported the Mueller report would not contain anything earth-shattering.

Democrats and the fake news media never deviate on their talking points.

They always sing from the same sheet of music.

If any collusion has been exposed these past 24 months it is between the Democrat Party and the media.

There is never any daylight between the manner in which the fake news will frame a story and the talking points Democrats employ.

And that is the real scandal.