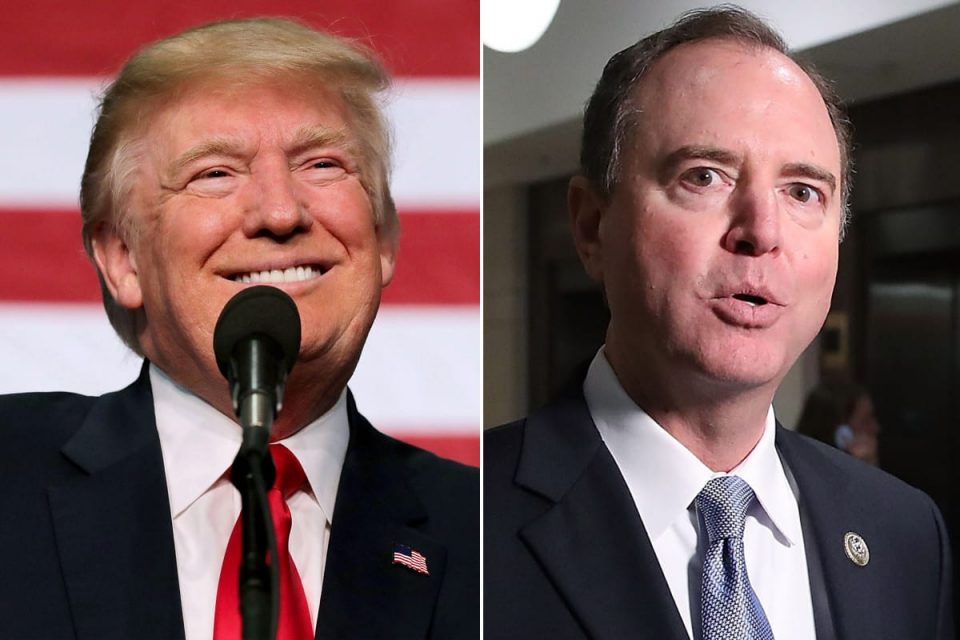 The Robert Mueller investigation may be winding down.

But that doesn’t mean the Democrat Party is waving the white flag of surrender on bringing down his presidency.

And one key Democrat went on TV and revealed their final plan to arrest Donald Trump.

Adam Schiff is the Chairman of the House Intelligence Committee.

Schiff is also a conspiracy theorist that goes on MSNBC and CNN to spread misinformation and lies about Donald Trump colluding with the Russians.

He’s fanned the flames of this hoax for two years by providing a gleeful media with bogus stories about “circumstantial evidence” of Russian collusion that the fake news liars in the press spin as fact.

Now Schiff is desperate because he thinks Mueller will turn in a report that does not provide evidence of Russian collusion.

So Schiff went on NBC’s “Meet the Press” and begged Mueller to interview Trump under oath.

Schiff whined to host Chuck Todd that Trump and other figures in the administration were successfully pressuring Mueller to wrap up his investigation without interviewing the President.

“I also think that the special counsel feels some time pressure to conclude his work,” Schiff added.

Democrats need something to hang on President Trump so they can remove him from office.

A Mueller interview is their last real chance.

If Mueller interviews the President and Trump misstates the date of a meeting, or who he was talking to on the phone at a given time, Mueller can charge him with making false statements.

Even if Trump is telling the truth, Mueller can still claim he lied.

That’s because it is up to the prosecutor to decide who they find more credible.

Even if a convicted liar like Michael Cohen contradicted the President’s testimony, that could be enough for a scoundrel like Mueller to claim the President provided false statements to investigators.

At that point it would be “gentlemen, start your engines” on impeachment.

This is why the President’s lawyers argued so strongly against a sit-down interview with Mueller.

They did agree to have the President submit to written questions as previous presidents – such as Reagan – did during special prosecutor investigations.

Democrats know all of this.

And the left is desperate to get rid of Donald Trump.

Anti-Trump forces in Washington were counting on Mueller having accomplished that goal months ago.

Now they are staring complete and utter failure right in the face and they are panicking.

That’s why Schiff is throwing out Hail Mary suggestions like Mueller putting Trump under oath even though that ship long since sailed.