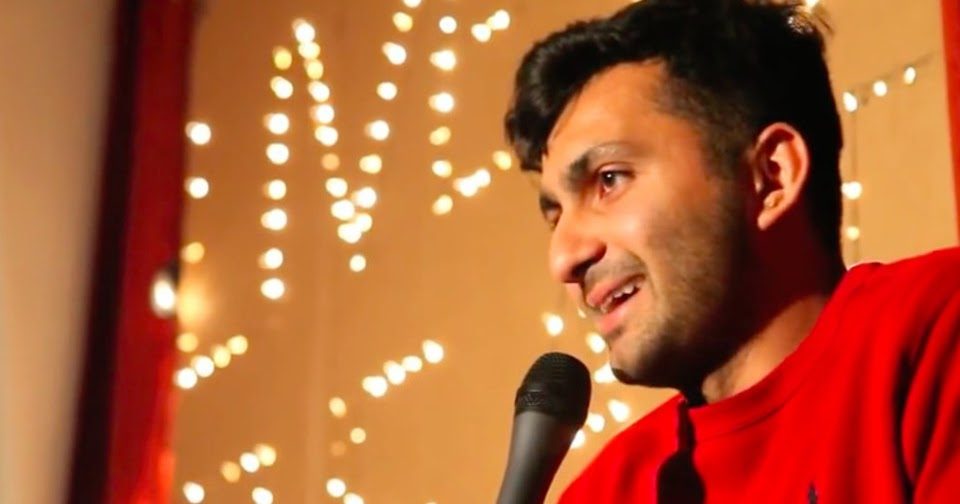 The chilling specter of censorship slowly continues to grow in America.

Free speech in this country is on shaky ground.

And leftist radicals are intentionally shaking the foundation even more.

College campuses are the fault line of the free speech battle, and one comedian found that out the hard way.

Freedom of speech is the bedrock of any free society.

Without the natural right to speak, all other rights are irrelevant.

In the Soviet Union, citizens had a “right” to all kinds of government services, but they could be sent to the gulags on a whim for speaking ill of the state, or even being accused of doing so.

Suddenly everyone in the society became a potential informant, which suppressed speech even further.

Sadly, that pall of fear is creeping into western democracies, including the U.S.

In the United Kingdom, citizens can be arrested for “hate speech” on social media.

Paul Weston, a candidate for public office, was arrested in 2014 for reading a Winston Churchill quote that was critical of Islam.

Although that degree of censorship hasn’t yet made it to America’s shores, Europe is often the canary in the coal mine.

Radical leftists in America openly welcome that level of speech suppression; it’s fundamental to their cause.

Herbert Marcuse, a central figure of the Frankfurt School (a collective of European academics who aimed to transfuse Marxist economic theory to cultural mores), wrote a treatise in 1965 called Repressive Tolerance, which posited that it is necessary to be intolerant to the intolerant.

This is from where the modern leftist slogan “no free speech for fascists” springs.

Fascists shouldn’t be allowed to speak and those who oppose me are fascists, ergo my enemies do not have the right to speak.

This is the dominant logic of the American college campus, and it has dire consequences.

It’s become cliché for conservative and libertarian speakers to get run off college campuses by activist students, professors, and administrators.

And now comedians are getting the deep freeze.

Nimesh Patel, a stand-up comic and writer for Saturday Night Live, recently had a college stand-up set abruptly ended because of an “inappropriate” joke.

Patel, who is no conservative, was invited to perform at Columbia University by the Asian American Alliance; Patel is the first Indian American to write for SNL.

But Patel’s comedy wasn’t “woke” enough, and the event organizers cut his microphone and asked him to leave.

Ironically, his supposedly offensive joke highlighted the difficulties of being both black and guy, a joke that would seemingly go over well with the progressive college scene.

College students today have turned into the scolds of 40 and 50 years ago, and it isn’t by accident.

These kids have been indoctrinated for years.

It’s the reason why Jerry Seinfeld, Chris Rock, and other prominent comedians refuse to work at college campuses.

Social psychologist Jonathan Haidt and free speech activist Greg Lukianoff posited in their book The Coddling of the American Mind that the deep indoctrination ramped up in the 1990s when many conservative and moderate professors from the Greatest Generation—who had gotten on the educational track via the G.I. Bill—retired and were replaced by professors who had become of age in the militant 1960s.

The ideological balance on campuses is completely out of whack; 40% of social science professors are openly Marxist, and that percentage undoubtedly ticks up when factoring in stealth Marxists and “fellow travelers.”

These are the people teaching students that it’s not only okay, but morally imperative to silence “fascists.”

This indoctrination has consequences.

These students represent the next generation of teachers, professors, writers, lawyers, etc.

For example, the ACLU had always been principled on civil rights, even for people it despised.

The organization defended the right of Nazis to march in Skokie, Illinois in 1977.

The same ACLU that defended Nazis on principle opposed the nomination of Supreme Court Justice Brett Kavanaugh despite his presumption of innocence under the law.

That happens when liberal institutions are overtaken by illiberal leftists.

If too many of them gain power, free speech could be a distant memory.

That’s why it’s important for Americans to speak up, because the radicals’ only weapon is willful silence.

New York Is Going After Gun Owners in a Terrifying Way