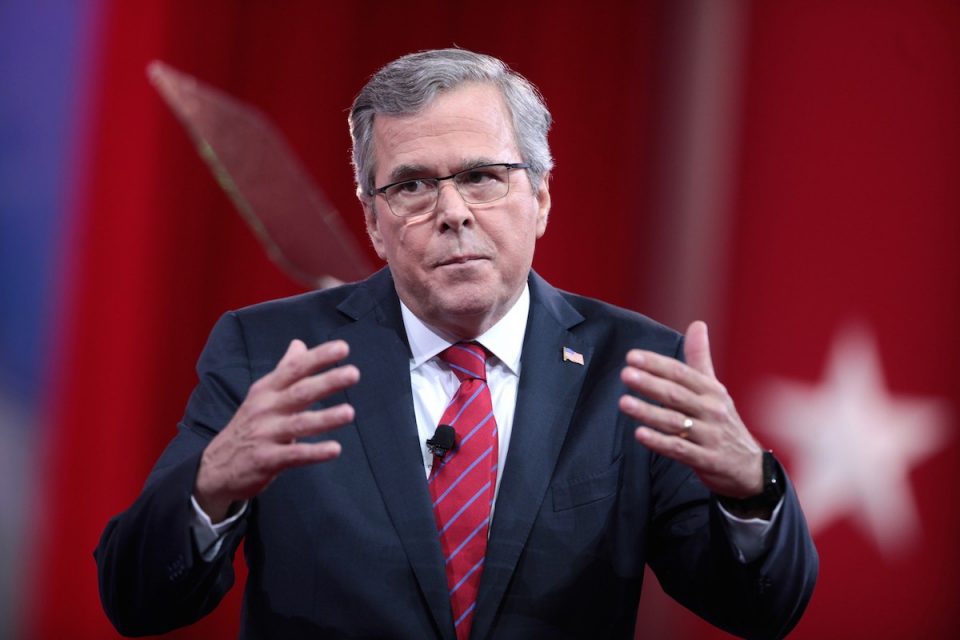 Jeb Bush entered the 2016 race as the establishment favorite to win the election.

His campaign went down in flames.

But you won’t believe who his team colluded with in order to steal the presidency.

Jeb Bush jumped in to the 2016 race looking to blow away the field.

Part of his strategy included unleashing a “Death Star” Super PAC capable of obliterating any of his rivals.

Pundits thought this massive war chest would reduce Jeb’s Republican rivals to rubble on his cake walk to the nomination.

But then reality intruded.

Donald Trump tagged the globalist, pro-amnesty Bush with the “low energy” label and Jeb humiliated himself by slinking out of the race after a miserable showing in the South Carolina primary.

As it turns out, Donald Trump performed a patriotic duty in chasing Jeb Bush from the race.

His allies colluded with the communist Chinese to install a puppet President – who critics say was bought and paid for by Americans’ number one geopolitical foe – in to the Oval Office.

FEC officials also doled out a $550,000 fine to the company for making the illegal donation.

Politico reports Jeb’s brother Neil Bush was on the board of the company and plotted with a Chinese national to facilitate the illegal campaign contribution.

It’s no secret why the Chinese would want Jeb Bush in the White House.

The communist Chinese schemed for decades to supplant the United States as the world’s only superpower.

The centerpiece of this agenda was the Trans-Pacific Partnership trade deal.

The globalist Obama administration negotiated this surrender of American industry to Asia, and Obama’s successor would have been tasked with shepherding it through Congress.

The TPP was right up his alley.

Since Hillary Clinton helped negotiate the original deal, the communist Chinese figured a Jeb Bush versus Hillary Clinton election was a “heads I win and tails you lose” election.

No matter who won, the Chinese could count on a pliable American president to implement the death knell of American industry.

But there was real foreign influence operations going on in the 2016 election.

With Donald Trump imposing tariffs on Chinese goods in order to force the communist nation to agree to more favorable trade terms, Americans can only expect the Chinese government to ramp up their efforts to install a pliable president in the White House in 2020.

We will keep you up to date on any new developments in China’s attempts to meddle in America’s electoral process.

One Comedian Was Censored for an Unbelievable Reason