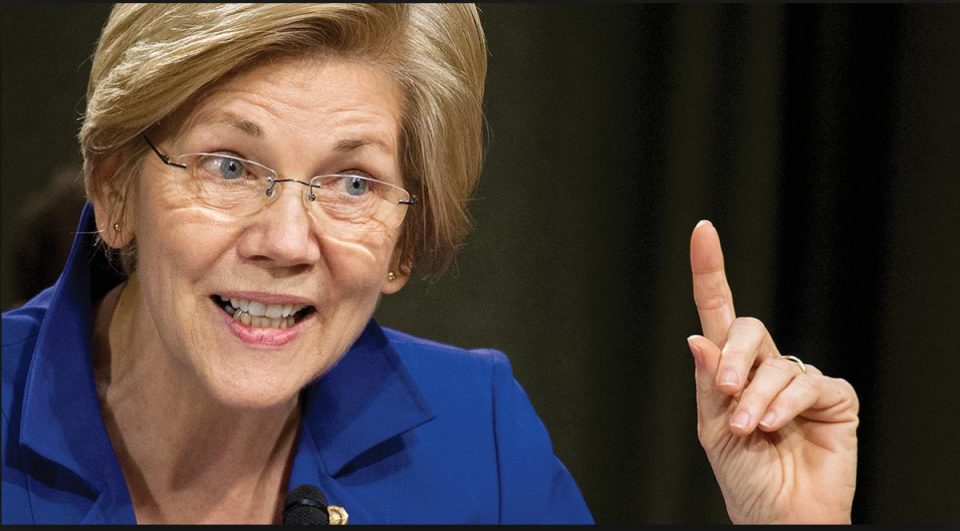 As with many of her past attacks and claims, she is forced to retreat and reload her quiver.

Elizabeth Warren launched a nasty attack on this family while accepting their donations.

The opioid crises in the U.S. has been in the headlines for a number of years and state legislatures and Congress have passed laws cracking down on the distribution and prescribing of opioids.

Unfortunately, many times these laws have done nothing to stem the tide of opioid use, but have made it more difficult for those who truly need painkillers to get them.

And, new federal and state databases are being kept just to track who gets what painkillers and how often.  Again, these laws, while usually done with good intentions, make it at best a hassle for those who are in true need of getting the medication, and at worst makes it nearly impossible.

Of course, the other side of this issue is the fact that Big Pharma Deep State corporations have in fact pushed the glut of opioids on the American people, many times with the backing of the government.

They have flooded the market with harmful and very addictive painkillers, all the while fighting the legalization of medical marijuana and CBD oils for pain relief.

And these Big Pharma companies and their executives and owners should be held accountable.

Warren recently introduced an updated proposal to fight opioid abuse known as the CARE Act. This legislation would spend an additional $100 billion over the next 10 years to “step up” the fight against opioid crisis.

And upon launching this proposal Warren took clear aim at one family in particular, the Sackler family, owners of Big Pharma firm Purdue Pharma.

“This crisis has been driven by greed, pure and simple. If you don’t believe that, just look at the Sackler family,” Warren said.

She is also urging passage of her “Corporate Executive Accountability Act,” which mandates jail time for pharmaceutical executives if they intentionally “hurt people through criminal negligence.”

Warren said; “That’s the America we deserve. An America where we take care of each other, where health care for every person who needs it matters more than rich families shielding their wealth. An America where when people like the Sacklers destroy millions of lives to make money, they don’t get museum wings named after them, they go to jail.”

The problem with this tough talk approach, and specific vitriol launched at one family by Warren, is the fact that she has also accepted thousands of dollars from the Sackler family, going back to 2012.

When confronted with this fact by Politico, Warren announced she will return donations she accepted from a Sackler family member for her 2018 Senate reelection campaign.

A top Warren aide informed Politico recently that she will return $2,500 in donations she received from Beverly Sackler, who was married to Purdue Pharma owner Raymond Sackler.

Well, not exactly of course. She will instead donate the money to charity, not actually return it. The aide did not provide any comment when asked which charity Warren had selected.

But there is more.  It turns out the Sackler family has been donating to Warren since at least 2012.  So, Warren will donate all of those donations as well.

The Warren aide continued to state she would “return” the donations, though that is in fact not what she is doing. Just one more instance of Warren’s trouble with the truth.

While supposedly donating the funds is not returning them, she is still trying to make a political point, however there is no evidence of those donations actually happening.

The opioid battle rages on as does Elizabeth Warren’s battle with the truth.  We will keep you updated on both.

Trump Shocked by This Dangerous Leak From the Deep State, Showing Just How Far They Are Willing to Go to Remove the President

The Deep State Is Destroying Medicine in This Sickening Way