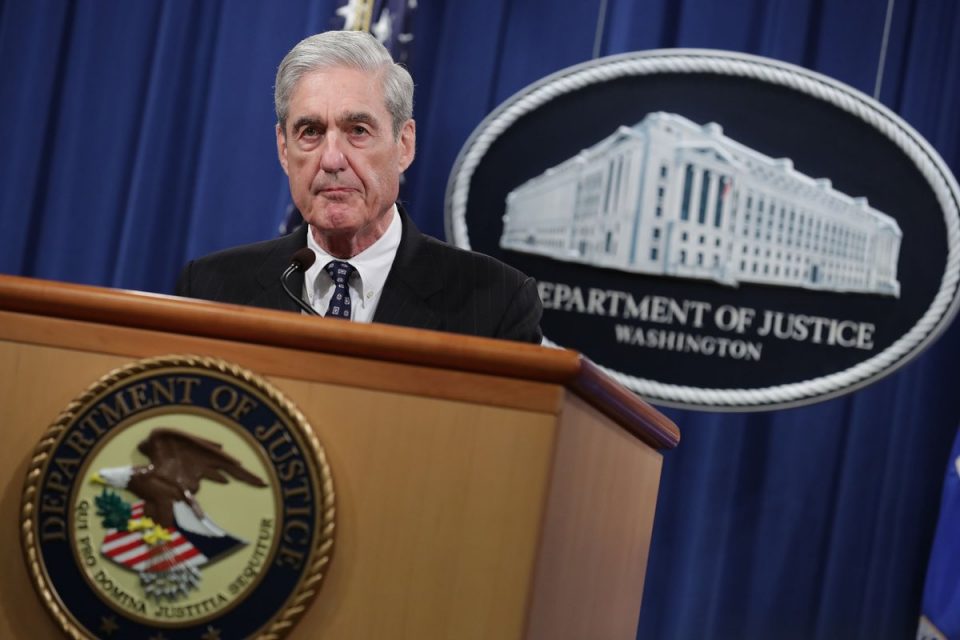 Mueller’s news conference proved to be both bizarre and politically charged.

He finally admitted he was never interested in justice, the rule of law, or the Constitution.

Because Robert Mueller announced he really is an enemy of the people.

His “explanation” left most observers scratching their heads and ended up requiring a clarification release from Mueller’s own special counsel office and the DOJ.

However one thing became abundantly clear from Mueller’s remarks; he never really cared about justice or the rule of law, and only gave a glancing look at the Constitution.

And, if there were any doubts about Mueller’s underlying political intentions, his press conference should answer them all.

In short, Mueller called the press conference to announce that his office’s 448-page report should “speak for itself.”

So, in other words, Mueller called an unprecedented press conference to announce that his report, which had been publicly released since mid-April, wasn’t clear enough, but should also speak for itself.

Well, one can start with the Mueller team’s unique take on what a prosecutor’s job entails, to see just how bizarre and scary this whole thing is.

The American view of justice, supposedly enshrined in the U.S. Constitution, is that all are presumed innocent until proven guilty in a court of law and convicted by a jury of specific charges of criminal wrongdoing.

In other words, any American citizen, in his or her natural everyday state is innocent. This state of innocence is not granted to citizens by cops, judges, attorneys nor is it granted by unelected bureaucrats and certainly not by federal prosecutors.

Mueller seemed to agree with this early in his remarks. He referred to some of the indictments handed down against various Russian individuals and institutions for allegedly hacking American servers during the 2016 election, saying that the indictments “contain allegations and we are not commenting on the guilt or innocence of any specific defendant.”

He then further stated the phrase we’ve all seen and heard on every TV cop and legal show; “Every defendant is presumed innocent unless and until proven guilty.”

Had Mueller stopped there, he would have been correct. But then he gave us a brand new legal standard. The Mueller standard of jurisprudence.

“The order appointing the special counsel authorized us to investigate actions that could obstruct the investigation. We conducted that investigation and kept the office of the acting attorney general apprised of our work,” Mueller said. “After that investigation, if we had confidence that the President clearly did not commit a crime, we would have said so.”

Well, according to Mueller and his band of anti-Trump Deep State cohorts, Russians are presumed innocent, but an American President, however, is presumed guilty.

And remains guilty unless and until Mueller determines he is innocent.

This “Mueller” standard is an obscene twisting and distorting of the rule of law, one that would never be committed by any lawyer who places their oath and supposed impartial enforcement of the law ahead of their political motivations.

Mueller, by holding this press conference, showed himself for who he really is, just a clone of disgraced former FBI head James Comey.

Even some of Mueller’s biggest supporters came out against him as nothing but a Comey-esque political hack.

We will keep you posted on further developments.

Justin Amash Doubles Down on His Defense of Comey and Mueller