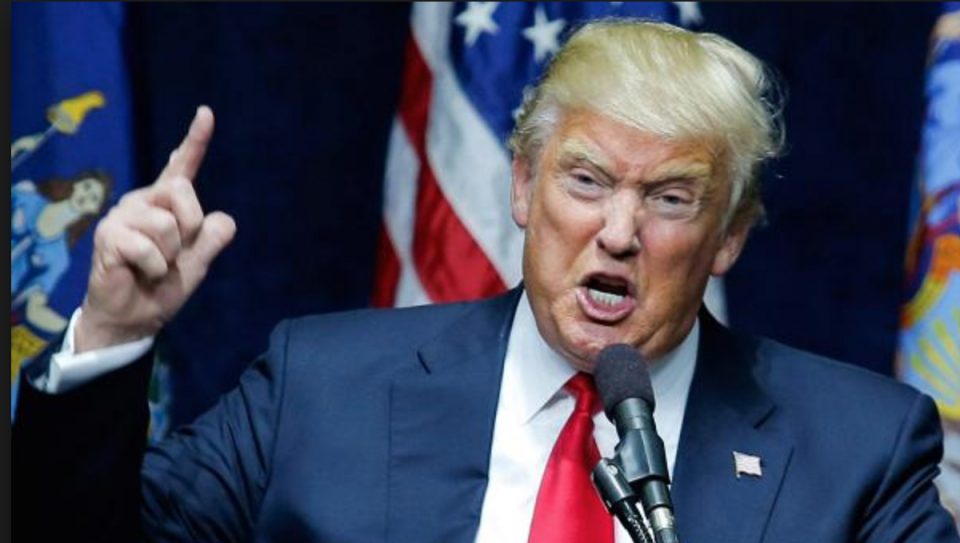 This institution has shut down President Trump’s agenda because of this Deep State plant.

And they are doing it time and time again, with no repercussions.

And Donald Trump was furious to find out the Deep State controls this one branch of government.

Donald Trump was elected by the American people (yes, legitimately by the way) mainly because of his agenda to fix the broken immigration system.

Our immigration system has been a disaster for decades and Congress has done nothing to fix it.

So the American people were desperate for someone who would get in office and do “something”.

And for the most part Trump has tried.  But at almost every turn he’s run into obstruction from Congress (including the Republican-controlled Senate), the mainstream media, the far left and the U.S. Supreme Court.

That’s why the difficulties he is facing are massive, and with the recent Supreme Court decision on the census, have been underscored again.

And the main culprit on the court is the Deep State’s favorite Justice, wolf in sheep’s clothes, John Roberts.

That case, Department of Commerce v. New York, presented a challenge to the Trump Administration’s plan to add a question about citizenship status to the 2020 census form.

The U.S. Constitution requires an “Enumeration” (a counting) of the population every 10 years, to be made “in such Manner” as Congress “shall by Law direct.”

In the modern era, the census has two important effects.

First, is that the counting of people residing in the United States determines the apportionment of representatives in the U.S. House. In other words, how many congressmen each state gets.

The second is that it determines, to a great extent, the amount of federal funds that will be doled out to each state. Of course this is a separate, but equally important discussion to have.

So, through the years the Democrats, RINO Republicans and Deep State bureaucrats have come up with ways to assure this doesn’t happen.

And they fear that asking about citizenship will result in an undercount of the people living here illegally. So Democrats challenged the right of the government to secure that information as part of the census.

It’s no secret that undocumented foreign nationals tend to cluster in urban areas, most often under Democrat Party control.

So the citizenship question was removed.

Then comes President Trump, and his decision to add it back on to the census.

And as they have done with so many policies of this administration, a coalition of leftists and moderate Republicans formed and brought court action challenging the citizenship question, alleging that it was unlawful discrimination on the part of Commerce Secretary Wilbur Ross.

As they usually do, they found a judge sympathetic to their cause and they were successful in a federal trial court in one of the bluest of the states, New York.

Similar actions are underway in other federal courts, but it was hoped that the Supreme Court would resolve the issue one way or the other before the printing of the 2020 census forms, which takes place later this year.

But, that didn’t happen.

In an extremely complex and twisted decision by Chief Justice John Roberts, the court agreed there was actually no legal reason not to include the citizenship question in the census questionnaire.

But, Roberts continued, because the “Administrative Procedure Act” allows judicial review of the decisions of the Secretary of Commerce, and because the court suspected Ross had not been candid with regard to his motives for seeking the citizenship question, “meaningful judicial review” could not be had.

Therefore, wrote Roberts, it was necessary to forbid the addition of a citizenship question to the census until further examination of the Secretary’s motives could be accomplished in the lower courts.

The long and short of it is, for the first time in its history, the U.S. Supreme Court, led by John Roberts invalidated a federal agency’s action solely because it questions the sincerity of the agency’s otherwise adequate and legal rationale.

Roberts was also the deciding vote to uphold Obamacare, and has been a thorn in the side of liberty since arriving on the court.

Maybe the sincerity of Justice Roberts to uphold the Constitution should be questioned.