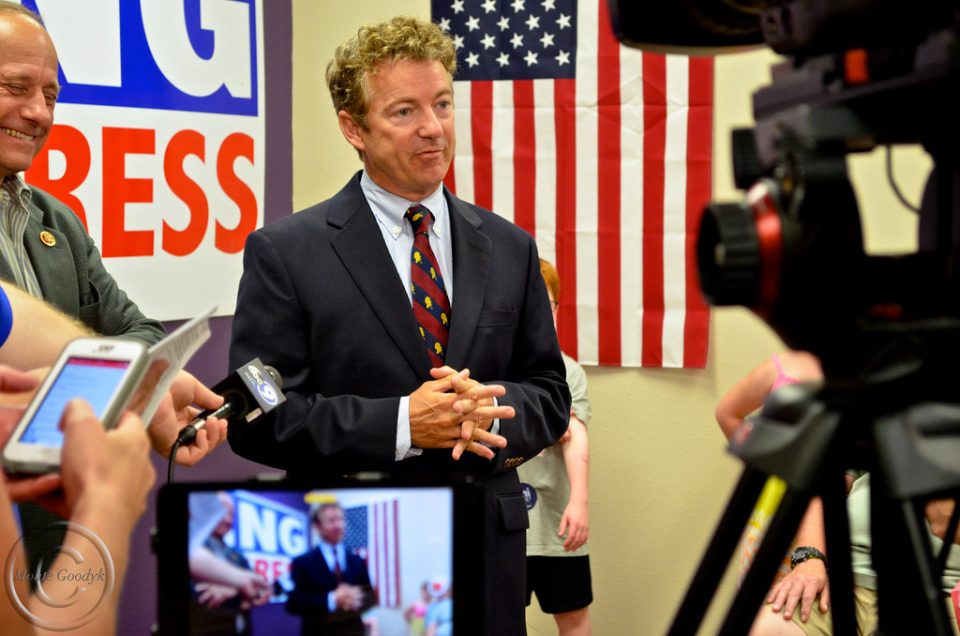 All this time we thought Republican Leadership was just cowardly, or stupid.

But now we know the real reason they lied to the American people and refuse to defund this abortion mill.

And Rand Paul is furious at the shocking reason the GOP keeps funding Planned Parenthood.

This author has been in politics a long time.  Almost nothing surprises me; hypocrisy, lies, deceit, stupidity and immorality are what I expect from most politicians.

Only Donald Trump has made any effort to defund them through executive orders.

And remember, for two years Republicans controlled the presidency and the House and Senate.

So, why wouldn’t they do it? What possible reasons could Mitch McConnell and other so-called “pro-life” Republicans have for not cutting funding to America’s largest killer of children?

Senator Rand Paul (R-KY) recently shared what he found out about this.

He told me that when all is said and done, Republicans don’t even want to vote on defunding Planned Parenthood. He went on to say that GOP leadership just plays games with issues like abortion.

Wait?  What? We are talking the murder of millions of innocent children. Who would play games with that issue?  “Republican leadership”, that’s who.

In a recent speech to a crowd of mostly Evangelical Christians, Paul went even further. Here is an excerpt of his speech:

“Last year, I tried to attach to a spending bill a prohibition to have any money spent by Planned Parenthood. You know what happened? [GOP leadership] sat me down and one of the senior Republican senators said, ‘We cannot have the vote today.’”

Isn’t that the goal? It should be anyway.”

According to Paul, when he challenged this unnamed Senator about why the GOP would not fight to protect unborn life as promised, the Senator simply smiled.

Rand Paul then told the crowd that Capitol Hill is full of “Republicans that are more concerned with spending money than protecting the unborn.”

This is a long-standing problem on Capitol Hill from our elected officials. They are happy to tell the voters what they want to hear, and then do exactly the opposite.

Unfortunately, year after year voters fall for it. That is why term limits won’t work, the only thing that works is removing the liars and hypocrites from office and replacing them with politicians who will do as promised.

And this problem is not limited to this issue. Remember Mitch McConnell’s promise to rip out Obamacare “root and branch”?

Senator Paul could have had the very same conversation with that unnamed Republican Senator about repealing Obamacare, or cutting spending, balancing the budget, and any number of issues Republicans campaign on.