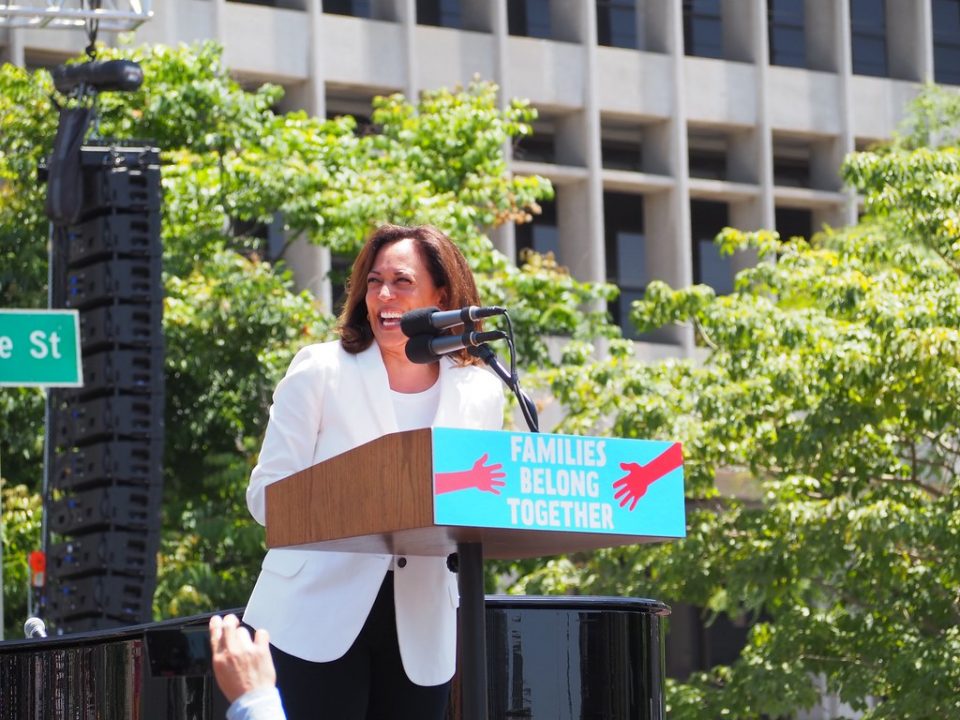 The timing of this news couldn’t be worse for Harris, as she had just climbed to second in the polls.

But now it could be over for her and her socialist campaign.

And Kamala Harris fears the end after this disgusting family secret came out.

By all accounts, Kamala had a good week last week. She was fiery and on point at the Democrat debate.

She was able to completely stump Joe Biden and do something most cannot, get Uncle Joe to be quiet.

And the latest polls now have Harris in 2nd place and trailing Biden by only 10 points.

She also got a big media splash by calling for taxpayer funding for reparations to the descendants of slaves.

That is also where her problems began.

Many political pundits started asking if Kamala Harris would get reparations, or pay them.

Because as it turns out, Harris is descended from Irish slave owner Hamilton Brown, the namesake of Brown’s Town in Jamaica, who recruited massive numbers of Irish migrants to Jamaica to work in horrid conditions on his sugar plantations after the British empire abolished slavery.

That’s right; Harris is not descended from slaves, but from slave owners.

Her own father, Donald Harris, laid it all out in an essay he wrote for Jamaica Global Online entitled “Reflections of a Jamaican Father”, in which he made this startling admission:

“My roots go back, within my lifetime, to my paternal grandmother Miss Chrishy (née Christiana Brown, descendant of Hamilton Brown who is on record as plantation and slave owner and founder of Brown’s Town) and to my maternal grandmother Miss Iris (née Iris Finegan, farmer and educator, from Aenon Town and Inverness, ancestry unknown to me).  The Harris name comes from my paternal grandfather Joseph Alexander Harris, land-owner and agricultural ‘produce’ exporter (mostly pimento or all-spice), who died in 1939 one year after I was born and is buried in the church yard of the magnificent Anglican Church which Hamilton Brown built in Brown’s Town (and where, as a child, I learned the catechism, was baptized and confirmed, and served as an acolyte).”

Hamilton Brown was not only a slave owner, he was known as a particularly brutal slave owner, as reported here earlier this year. There are numerous documented reports of Brown beating, abusing and even killing his slaves.

He was also an engineer of mass Irish migration to Jamaica after the British empire abolished slavery in 1834, treating his new Irish “employees” and indentured servants no better than slaves, despite them being his own countrymen.

Simply put, Hamilton Brown was a notorious slave owner and a nasty man.

Though this information has been out there for a few months, it received renewed attention when Kamala Harris started rising in the polls, and started demanding slave reparations.

And, just recently new information came out actually detailing the number of slaves Harris’ descendants owned as well as the names of most of them.

It turns out Harris’ family owned as many as 338 slaves for those plantations for which the records survived. There were at least six plantations owned by Brown where there are no records.

Of course Kamala Harris refuses to discuss the issue and when challenged on it she resorts to crying racism.

Only time will tell if Democrat voters will see through her hypocrisy and decide to vote for someone other than a slave owner’s descendant.