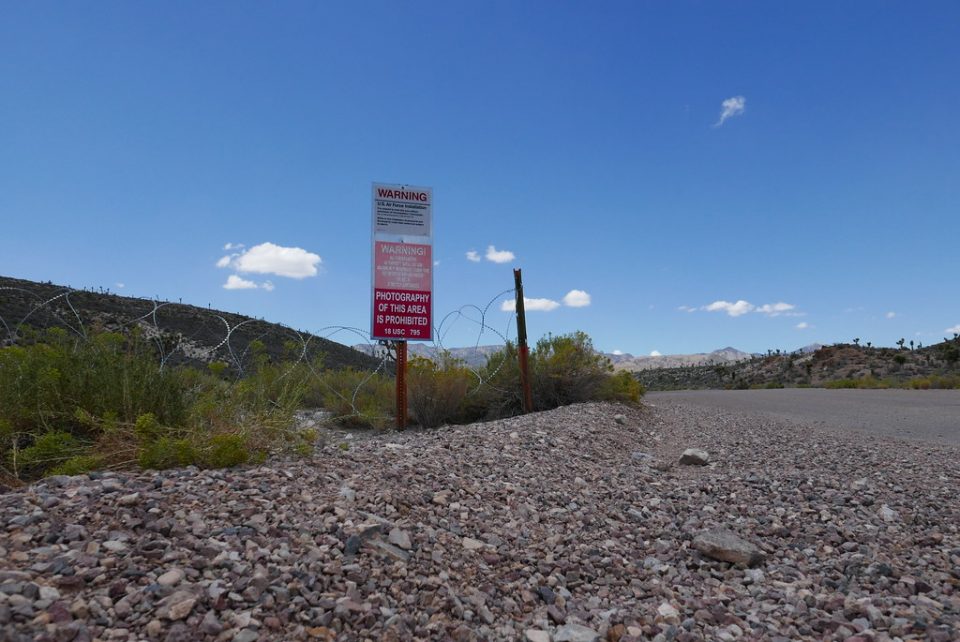 What first started as a joke has now become an internet sensation.

It’s even received the notice of the federal government and military.

And now, Nevada citizens are facing a state of emergency all thanks to this joke.

Commissioners in Nevada’s rural Lincoln County have voted to pre-sign an emergency declaration in preparation for the Facebook “Storm Area 51” event scheduled to occur on September 20th.

It was a unanimous vote for the county’s board regarding the event, which could prove devastating for all involved.

“We passed this with the caveat that this may or may not happen,” said District D Commissioner Kevin Phillips.

“We’re just trying to do the best we can to prepare for something we know not of. We have no pickin’ idea what we’re going to face – if anything.”

The event has even prompted a briefing by the Pentagon.

The government’s secrecy about the heavily-guarded Area 51 military base has drawn fanatics and fueled conspiracy theories for years.

In fact for decades, the government denied the base even existed until irrefutable evidence was made public.

But it is this mystery surrounding Area 51 that’s drawing in 2 million inquiring minds.

Local officials of Lincoln County, Nevada are using the possibility of a state of emergency as a call that it may be more than local authorities can handle.

Meanwhile, the U.S. Air Force has announced they will use whatever force necessary to secure the military base.

Air Force spokeswoman Laura McAndrews said in a statement to USA TODAY that military officials were aware of the event that aims to uncover what many people believe are conspiratorial secrets of the military installation in Nevada.

McAndrews didn’t specify any security plans at the base, but she did warn those thinking of entering the area.

“The Nevada Test and Training Range is an area where the Air Force tests and trains combat aircraft,” McAndrews said.

“Any attempt to illegally access military installations or military training areas is dangerous.”

Whether the base actually holds any deep secrets is up for debate, but it will certainly be protected.

Do you believe the raid on Area 51 will occur?