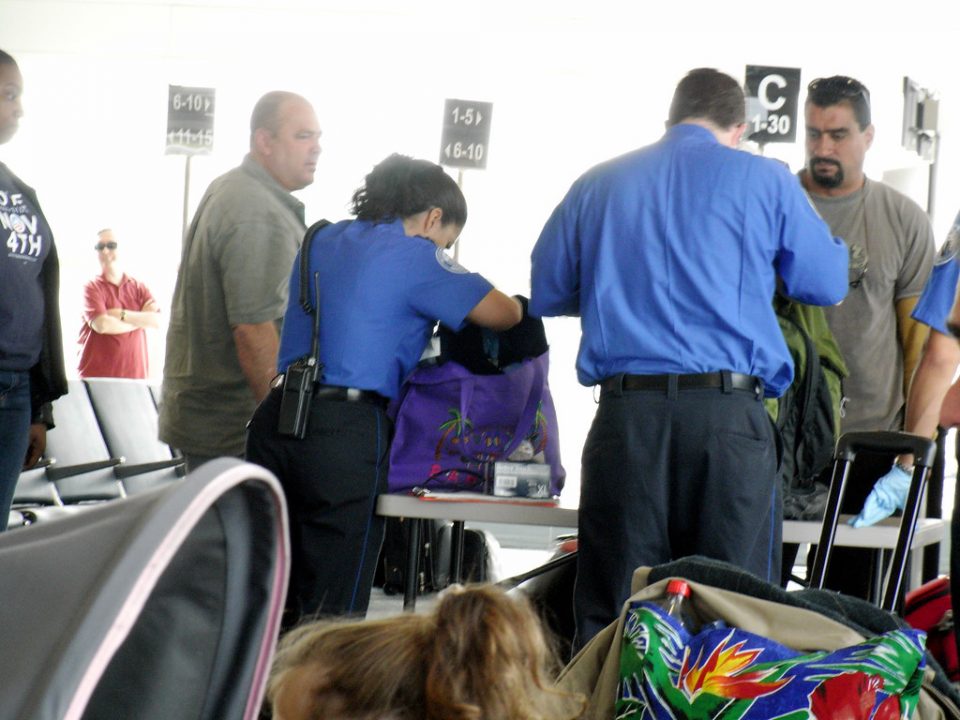 The creation of the Transportation Security Administration (TSA) is unequivocally one of the worst things that’s ever happened to Americans’ privacy and liberty.

TSA has all the warmth of the IRS, the reputation of the KKK, and the efficiency of the DMV.

Not only is the agency woefully miserable at stopping possible terrorist attacks, but under the guise of “security,” they’ve successfully limited travelers freedoms so much that the majority of them now cite TSA being one of the main reasons they hate flying.

Well, TSA just earned another strike against them as they just banned one of America’s most popular beverages from being brought on a plane.

Connoisseurs of Coca-Cola – who are also Star Wars fans – just received bad news about their plans to travel with their favorite beverage.

TSA will not allow the new Coca-Cola Star Wars edition bottle on flights.

Here’s why the bottle ban is ridiculous.

Everyone knows TSA erroneously banned containers of more than 3.4 liquid ounces because someone might be able to create a bomb.

But as NBC News (of all networks) showed back in 2015, studies show the TSA does a miserable job at stopping real weapons from making it onto planes.

So for TSA to ban Coca-Cola’s new “thermal detonator” bottle because it “may look like the real thing,” shows just how useless the safety organization is.

Just in case you’re wondering, the weapons in Star Wars are ALL 100% make-believe.

Now, this all came about when a Twitter user asked TSA about bringing the bottle on his flight.

People are buying the bottles at Disneyland in California and Disney’s Hollywood Studios in Florida as part of a commemorative item, so this Twitter user wanted to know if it was OK to pack it in his carry-on.

TSA responded by saying that bringing on a replica of fictitious explosives is absolutely prohibited.

It’s an insane situation to begin with.

Even more so, when you consider that the most famous (and infamous) weapon in Star Wars, the light saber, is allowed.

Whether a plane, carry-on bag, checked bag, or a personal item matters not.

So why is a light saber allowed, but the thermal detonator – which only appeared once in 1983’s “The Return of the Jedi” – totally not okay?

No one knows. And the reason TSA gives is patently absurd.

But when you think about it, it makes sense.

TSA in and of itself is absurd.

The agency is a waste of billions of taxpayer dollars. It’s little more than a money-making scheme.

Consider the fact that the 9/11 masterminds didn’t use banned items to take the planes down.

Consider this fact as well, for a low fee of $119 – $179, you can bypass TSA altogether with CLEAR and TSA PreCheck, two programs that allow you to get on a plane without having to expose your undergarments or “more sensitive areas” to low-paid privacy invaders.

And consider the aforementioned story from NBC, which proves it’s very, very easy to get around bringing banned items onto planes.

This story highlights why citizens should look to other forms of travel and why politicians should advocate for getting rid of TSA altogether.