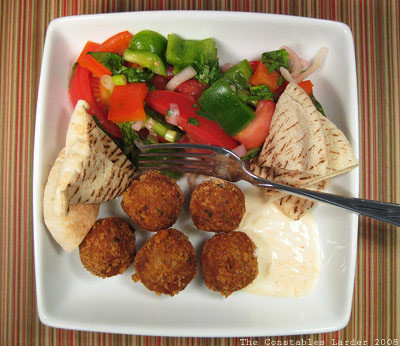 When the Democrats get control of something, no matter what it is, that thing will die a slow and agonizing death.

Just take a look at how the Democrats have destroyed beautiful cities like San Francisco and Los Angeles which now teem with filth and squalor.

But if you need further proof, here’s a story on how corrupt Democrats in San Francisco did the most twisted thing to put a company out of business.

San Francisco, once a beautiful city and major tourist attraction, has become one of the nastiest cities in the country. The streets are overrun with human feces, syringes, and the willingly homeless.

It’s also home to some of the worst business practices in the country.

Practices that prevent people from running a company, even though they have the constitutional right to seek and pursue happiness in any lawful way they want.

In this rather bizarre story brought to you by terrible Democrat lawmaking, one restaurant owner is trying to get the city to ban another person from opening their own restaurant nearby.

Assaf Pashut owns a shop called the Flying Falafel that has been so successful, he wants to open a second location.

Anywhere else in the U.S., business expansion is pretty cut and dry.

But in San Francisco, not so much.

Even though the location he’s looking at is zoned for restaurant use, the complexity of San Francisco’s regulations might make the pursuit impossible.

San Francisco says that the permit for the space he’s got his eyes on (currently a retail shop) needs to be changed to allow for “light restaurant” use.

That alone could take months to accomplish.

In addition, Cem Bulutoglu, co-owner of the Gyro Xpress (another nearby falafel shop), is asking the city to intervene in the permit application altogether.

For Bulutoglu, the thought of a rival moving so close to his shop is too much to bear.

So rather than letting a free market create a better falafel, Bulutoglu is trying to destroy the competition.

This presents an obvious problem for Pashut – not only does San Francisco’s requirement to change the original permit request cost him money ($7,500), the amount of time it’s under review will cost him money too.

The delay will prevent Pashut from generating additional income for his businesses. And now that he’s committed to paying the lease, it could put him into debt.

Yet, none of this would have happened if San Francisco didn’t have erroneous business regulations in place.

Steven Buss, a local activist, put the lunacy of it this way:

“Literally everything in San Francisco can be challenged, everything can be stopped by an idiot with $100.”

“It is likely the Planning Commission will reject Bulutoglu’s request given that Pashut has the support of a local Merchants Association. Regardless of the outcome, the delay is still costing Pashut money and time he could be putting into his business.”

Thanks Democrats! Always mucking around and ruining things for everybody else.

Donald Trump’s Campaign Could be Over Because of Nancy Pelosi