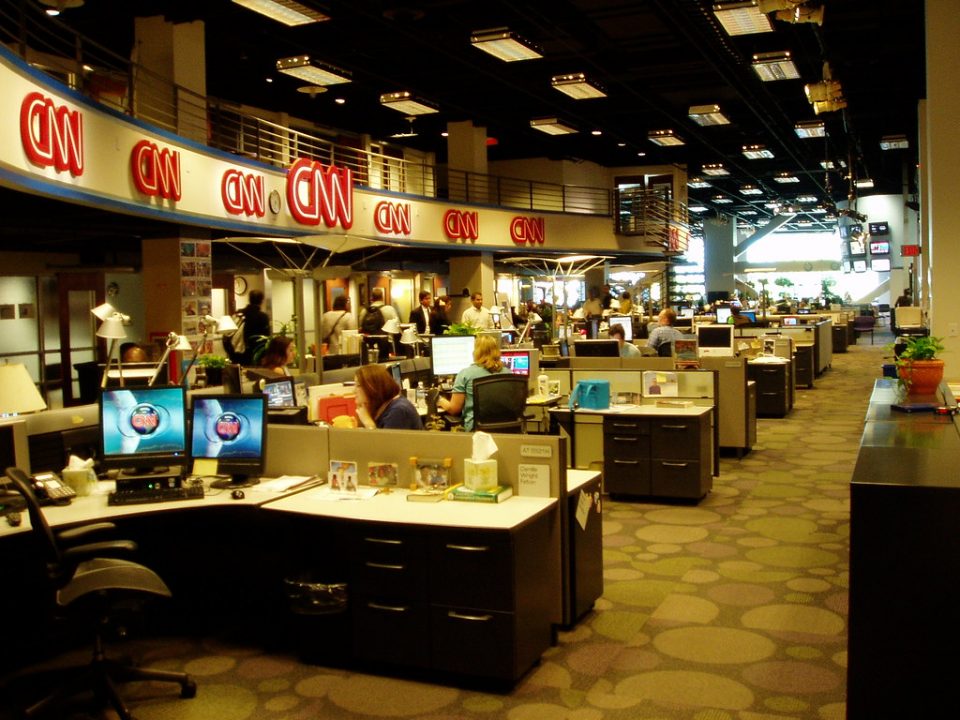 The thing about CNN (and quite a few of the other liberal media outlets) is that part of the reason they’re still on the air is that they’ve been infused with large sums of cash.

That’s why  CNN can’t believe that this would happen to their network revenue  right around Christmas.

A little more than 2 months ago, CNN top brass made a fateful decision that could put them on track to lose serious amounts of cash and even push them to the brink of bankruptcy.

That choice? To run almost 24/7 coverage of the impeachment inquiry.

CNN seemed to believe that their viewers who hate Trump with a passion would be A-OK with keeping their broadcasts dedicated to watching Democrats contort the truth to try and make the president look guilty as sin.

The only problem is they overestimated how voracious the appetite for impeachment-centered TV would be. And now, just a few weeks before Christmas, CNN has witnessed their viewer ratings tumble.

Not only are they in a bad position (their numbers are at a 3-year low), their rival news network is dominating them in a ratings battle. That’s right, FOX News is crushing CNN on average in nightly viewers.

Nielsen Media Research, the chief viewership recording agency, reported that during the week of 11/25 -12/1 FOX News had 2.2 million people tune in during the primetime hours of 9-11 p.m. ET.

During that same period, MSNBC got roughly 50% that many people to tune in, just 1.2 million.

And CNN? Well, their numbers are abysmal.

CNN barely got 25% the views FOX did and registered a paltry 643,000 viewers over the same period.

As Zero Hedge reported, this is the worst CNN has done in terms of total viewers watching their programming in 3 years.

And when Zero Hedge dove even deeper into the data it revealed that CNN is doing even worse among their target demographic, adults aged 25-54. The total number of these key individuals watching CNN is on a 5-year slide.

FOX sits comfortably atop the leaderboard for the 47th week in a row.

For anyone who’s paying attention, the reason why this is happening should be fairly obvious.

First off, people realize that they have options when it comes to news.

CNN’s decision to keep their focus on literally only the impeachment inquiry  is driving people to get their news elsewhere; they’re going to YouTube, Twitter, Podcasts and more to try and get different streams of thought on topics.

As Zero Hedge reports, “The American people, at least those who still watch cable TV, are increasingly ditching ‘objective,’ ‘impartial’ mainstream media outlets and either tuning out or moving to conservative outlets, in a time when House Democrats have been focused on just one thing: not how to govern the nation, but merely focusing all their energy on impeaching the president. It appears, however, that the American people are tired of this farce and are desperate to move on. So far very few democrats have gotten the memo.”

Second, and more importantly, the wool covering so many voter’s eyes is being lifted.

The reason FOX News is trusted is that they’re usually  fair and balanced; at least when compared to the other networks.

Sure, they skew Conservative, and usually deride libertarians but even FOX is willing to have guests on who offer opposing viewpoints to those of the hosts, or the audience.

Americans, it turns out, appreciate that journalism, not blatant public relations efforts for the Democrats, and it’s clear they hate how the left-leaning media doesn’t report facts, but uses smear tactics to debase a duly elected president.

CNN had better wise up quick, or they’ll suffer the consequences.