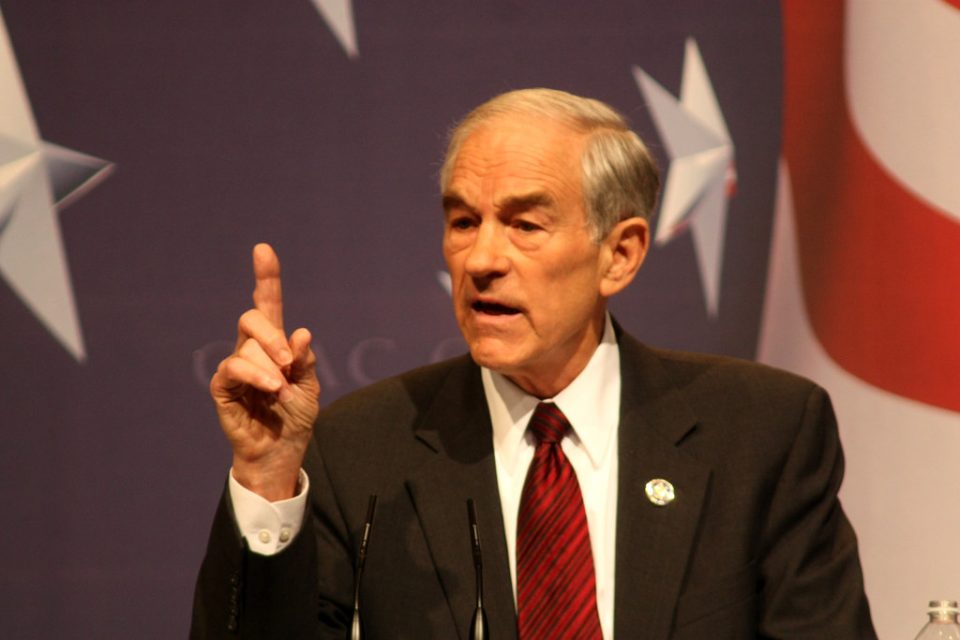 The former Congressman has never pulled any punches about the federal government and its rogue Deep State actors.

In fact, Ron Paul has firsthand experience with these Deep State operatives and their election rigging against liberty-minded politicians.
And four years ago, Paul made a horrifying prediction about a Deep State coup that’s proven to be spot-on.

Former Texas Congressman Ron Paul was never one to beat around the bush.
His refreshing honesty, though not always “politically correct,” has always been a welcome change from most politicians.
And while his candor and no-nonsense approach may not have won him the presidential nomination in 2008 or 2012, many believe it was Ron’s original Tea Party movement that paved the way for Donald Trump.

The former Ob-Gyn has never been afraid to call ‘em how he sees ‘em, taking on politicians of all stripes for their hypocrisy.
He’s an unwavering opponent of the Fed, the Department of Education, and most federal agencies.

And he’s been warning the American people about the evil nature of an ever-expanding federal government since first elected to Congress in the 1970s.
He’s called fellow lawmakers psychopath authoritarians and has never backed down from a fight.

During his two runs for President, Congressman Paul – and this editor – witnessed first-hand just how corrupt the election process can be.
From arresting supporters, to vote scalping and ballot box stuffing, to “lost buses,” voting violations, and even out-right criminal behavior and violence – Paul supporters saw the seedy underbelly of American politics up close and personal.

So the namesake of the ‘Ron Paul Revolution’ knew what he was talking about when he warned about the Department of Homeland Security’s decision to “take a more active role in U.S. elections.”

Back in 2016, DHS Secretary Jeh Johnson said he was “considering whether elections should be classified as ‘critical infrastructure,’ affording them the same kinds of enhanced protections that the banking system and the electrical grid receive.”

Paul immediately attacked the very notion that the incompetent and scandal-plagued DHS – best known for the abject failure that is the TSA – would be capable of legally and fairly securing U.S. elections.

While discussing DHS’s decision to become more involved, Dr. Paul argued that the agency would use any trouble or inconsistency in voting to seize power over the entire process:

“They may have false flags and they may do a lot of things, but no matter how an emergency comes up, they’re going to make use of it. And the use of it isn’t to say ‘Hey, how are we going to protect the American people?’ Are they worrying, when they talk about doing something about rigged elections, the votes are counted? No, they’re making sure that the votes aren’t counted and they’re irrelevant and the government has all this power.”

Paul went on to attack the Deep State forces at work across the federal government and said their unconstitutional coup attempts were only the beginning.

And wow, was he right.

So with the 2020 Presidential election quickly approaching, the American people, President Trump, and both parties would do well to heed Paul’s prediction, because it’s already come true many times over.