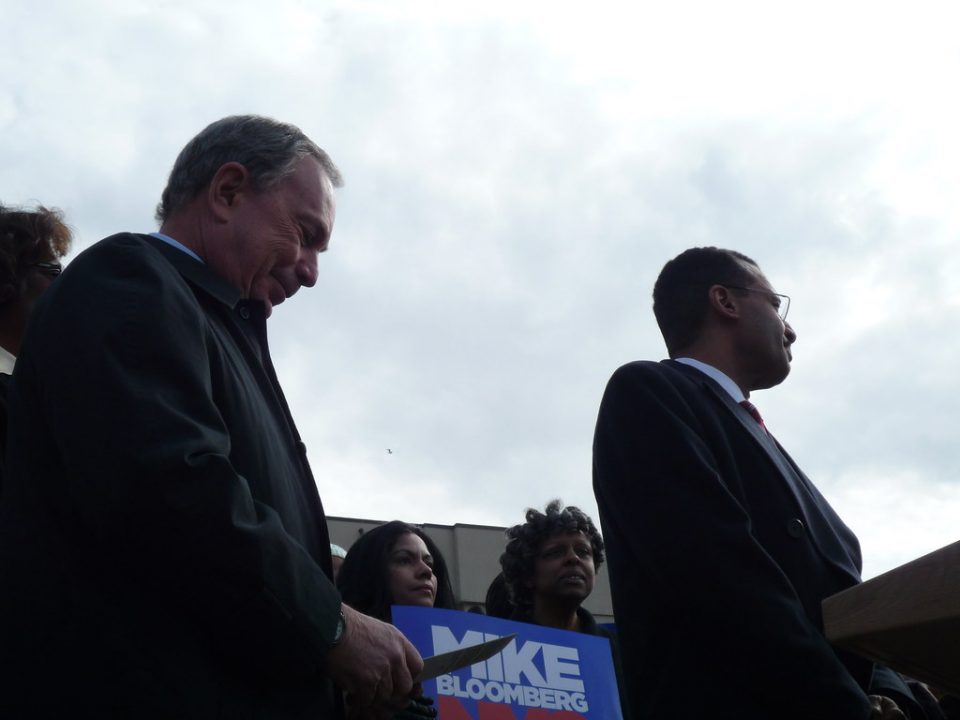 The anti-gun movement is getting a huge boost from this New York billionaire gun-grabber, and he has Donald Trump in his crosshairs.

But he’s willing to do more than just spend a billion dollars to advance his anti-Constitution, big-government agenda.

And now Donald Trump may be facing a $1 billion assault on every level from New York billionaire Michael Bloomberg.

Most political observers were, to say the least, curious as to why anti-gun radical Michael Bloomberg jumped into the already crowded Democrat primary field.

After all, the former New York Mayor and self-described “Republican” is a one-issue candidate, which doesn’t fly in the modern socialist Democrat Party.

Of course, that one issue is to repeal the 2nd Amendment and take away guns from law-abiding citizens so the American people are left unarmed and unprotected.

And now the quixotic Democrat presidential candidate has said he is open to spending one billion dollars of his own money in an effort to defeat Donald Trump in 2020.

And, the gun-grabbing soda-hating liberal went further saying he would likely spend that much even if he’s not the Democrat nominee.

Bloomberg said he would spend the billion for his anti-gun political operation to help Elizabeth Warren or even Bernie Sanders defeat Trump if either end up the party’s nominee, despite their sharp policy differences.

As explained at a campaign rally in Texas, Bloomberg’s billion-dollar plans would effectively create a shadow campaign for the general election.

And, if the one-time “Republican” decides to spend the money to defeat Trump, his plan could include hundreds of organizers in key battleground states and a massive Bloomberg digital operation inherited by the party nominee —  no matter who that nominee may be.

In other words, Bloomberg’s hatred of Trump runs so deep, he will literally spend a billion dollars to elect anyone, no matter how much he disagrees with them.

Of course, this came as no surprise to Deep State Journal as we have long followed Bloomberg’s attempt to trash the Constitution.

And it’s not just at the presidential level.

In fact, some long-time political observers think his presidential run is nothing more than a ploy to turn attention away from his efforts to beat Trump’s regulatory reforms at the state and local level.

The Daily Caller recently reported that “Bloomberg Philanthropies financed a group that is planting private attorneys into state attorneys general offices for the explicit purpose of pushing back against Trump’s regulatory rollbacks.”

Bloomberg is spending money to help place such lawyers in states like Delaware, Illinois, Maryland, Minnesota, New York, Oregon, and Washington, among others.

This is similar to socialist billionaire George Soros’ attempt to buy hundreds of local District Attorneys and prosecutors by funding elections of radical leftists who will do his bidding.

We will keep you updated on this massive campaign by two of the country’s wealthiest and most radically anti-liberty billionaires.